Exile remembers an Irish mother's love at her graveside

"How am I supposed to grieve for someone who I no longer know at all?...In an instant, she’s gone, and that’s that." 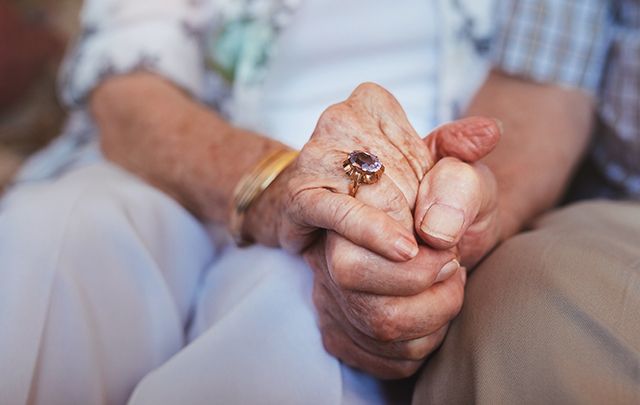 How am I supposed to grieve for someone who I no longer know at all? iStock

There aren’t enough chairs in the room. But it’s the middle of the night, and the solitary nurse on duty looks preoccupied and we don’t want to be any bother. So, we take turns at sitting and standing, and waiting for any word.

No-one knows how long she’ll last. Because of the snow and ice, it took the ambulance over an hour to cover the eighteen miles. Anyway, it turns out her brain bleed is so catastrophic, it was probably never even an emergency.

I was at the beach in Melbourne when I saw the telling text, and I knew it was bad. And I suddenly felt too far away, almost too far gone. But my wife, simply said “you have to go”.

I wasn’t bothered by the lack of chairs. When we were young, she’d serve our meals in shifts; doling out the food from big saucepans on the stove. The younger ones were fed first, then the older ones’ turn. Often two or three of us would sit at intervals on the stairs. We didn’t mind. The old man preferred to eat afterwards, when he was less likely to be disturbed.

Read more: How my orphaned Irish father rediscovered his family

We are all here except for one sister in Melbourne who won’t come. Seven sons and two daughters. Two younger brothers have come from New York. It’s hitting them hard and they can’t stop crying. One sister has flown in from London. And there’s me and another brother who followed me to Melbourne. And there’s the four who still live in Ireland. Nothing has prepared me for this. How am I supposed to grieve for someone who I no longer know at all?

She was always busy. And worrying about what could go wrong. It wasn’t as if she was pessimistic. It was more as if she wasn’t expecting much. The house was where she felt most comfortable, where she could be herself. She didn’t like to be seen outside. She always had geraniums that thrived in pots outside the front door but that was about the extent of it. If someone came to the door, a salesman or someone reading the meter, she’d slip into her front door voice. We used to rib her about it but it was her way. 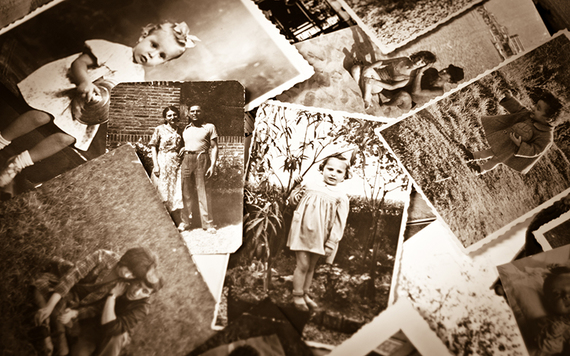 “How am I supposed to grieve for someone who I no longer know at all?”

When we were small she had a driving lesson one Sunday afternoon. We watched the reversing swerving Morris Minor narrowly missing a stone wall in the back field. We could hear the old man in the front seat yelling. We weren’t sure if we should’ve been laughing at all. She hurried inside and she wasn’t ever game to try again. So, she’d always have to wait patiently for him to take her to do the shopping in town on Saturday evenings. A resourceful woman, she almost befriended a traveler in a red van who’d come calling with cheap sheets, towels and blankets, usually just after children’s allowance day. Business was conducted at the gable of the house. He never got past the front door.

Read more: At age 12, I left behind everything I knew in Northern Ireland and emigrated to New York

It’s well below zero. Mounds of dirty frozen snow have turned sections of the hospital car park into no-go zones; though the parking meters were still swallowing our euros. The worst winter in fifty years and still no end in sight. It’s a wonder some of us were even able to make it here at all. The biting cold takes me back to my childhood winters; when the turf fire made little difference, chilblains were a curse, and old overcoats doubled as duvets; long before I decided to take my chances under the scorching Australian sun.

She used to joke that one day we’d “be sending home the money.” She was convinced emigrants always made good. She’d speculate about “legacies from America” that our more fortunate neighbors must’ve acquired. These neighbors who’d added extra acres to their tiny holdings had obviously benefited from the largesse of US relatives. But her light-hearted prophesies never eventuated. I don’t think she was too bothered. It was probably her attempt to cast a positive spin on us going. 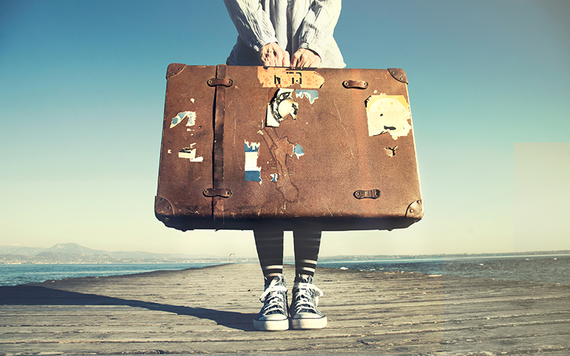 “She used to joke that one day we’d “be sending home the money… her attempt to cast a positive spin on us going.”

She had a life-long knack for squirreling away modest sums of money; and always buying her non-perishables in bulk at the cash-and-carry in Mullingar. With half a lamb or bullock in the freezer and home-grown vegetables at hand, she was well placed to limit her grocery bills. A sack of flour for her soda bread had pride of place in the porch next to the creamery can of buttermilk. Seldom was anything ever discarded.

Our would-be economic prosperity aside, she always hoped that at least one of us would make the pilgrimage home every summer. We had an informal roster and an unspoken understanding that our visits home wouldn’t clash – and cramp each other’s style.

One year, hoping to take her by surprise, one of my sisters turned up, unannounced - all the way from Melbourne. Needless to say, she was wholly unprepared and put out by the absence of any forewarning. After all, her anticipation of a visit was probably as important as the arrival of a son or daughter. The lesson was learnt - from then on, word of our travel intentions was telegraphed well in advance.

Emigrating was always part of the equation in our family. Someone always seemed to be going. Several of my father’s siblings went to America and England; though curiously, no-one on Ma’s side. Going abroad was regarded as a better alternative; almost a coming of age ritual.

It mattered little who had the numbers in Leinster House. I suspect many Irish people, and Irish politicians have always accepted that emigration is part and parcel of Irish society. Our working-class family of ten children was always going to struggle to find work “at home.” So, the eventual departure of six of her brood was hardly surprising.

Ma settled for those summer visits and long-distance correspondence. She was only able to get to one wedding – one of my brothers, over in London. It was her first time on a plane. Subsequent Melbourne and New York nuptials were simply beyond her comfort zone. She was happiest at home, drinking tea and listening to Gay Byrne in the mornings, while she kept tabs on the turf fire and an eye on passers-by outside heading to Finea or Castlepollard. 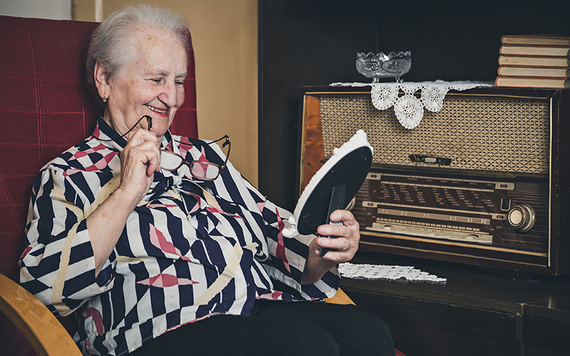 “She was happiest at home, drinking tea and listening to Gay Byrne in the mornings.”

Nothing escaped her scrutiny. She’d slip into a darkened room and count the numbers of cars in a funeral cortege. Always being impressed by the large numbers some deceased person drew. She could tell how long neighbors had spent in the town shopping.

Although she kept our contact details in a well-thumbed exercise book by the telephone, she only ever resorted to long distance calls if it was something serious.  After I fractured my spine while cycling in Melbourne, I was astonished to hear her on the phone one night, anxiously enquiring about my health.

A prodigious letter writer, her birthday cards seldom arrived late, even if the content was scant and, apart from a running commentary on the weather, she was loath to disclose anything about herself. I think she was merely content to know we were okay, and beyond that, she wasn’t too fussed.

In her final few years my summer trips “home” had already become more infrequent. Modern day mortgages and raising children don’t go hand in hand with regular trips half-way around the world. Maybe Ma was disappointed with this slippage.  I know she’d liked to have seen more of her granddaughter. But of course, she was tactful enough not to say as much.

I missed out on seeing her for what would’ve been the last time by a scant three months. I’d booked a March flight but she died in the preceding January. It’s a funny thing, your Ma - always there in the background. You just expect her to be always around. Of course, I know I’m being irrational. But suddenly, in an instant, she’s gone, and that’s that.

At her burial in Finea, it was so cold with all that frozen snow and I couldn’t stop staring at the two wiry grave diggers in short sleeves, standing at a discreet distance, patiently biding their time. Maybe in the village someone had counted cars. She’d have liked that. 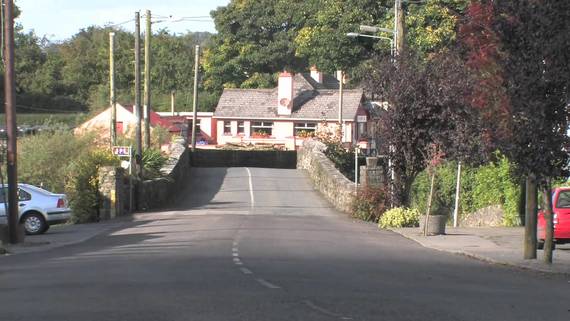