Eva Concannon was a 35-year-old single mother of one when she died of liver failure on July 5, 1996. 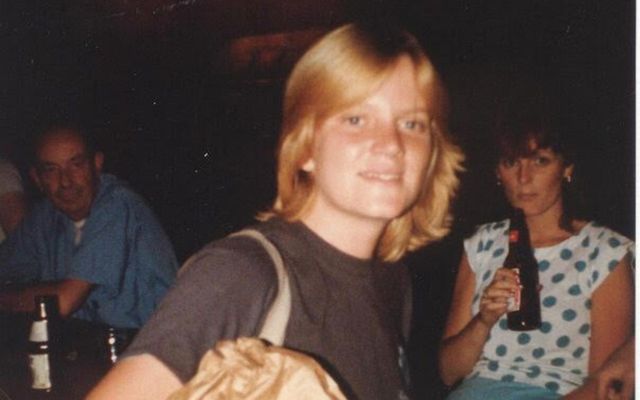 An Irish-American family is fighting to highlight loopholes in the New York licensing system that allowed a dentist who received a jail sentence for providing their sister with prescription drugs to treat patients again some 21 years after their sister’s death.

Eva Concannon was a 35-year-old single mother of one when she died of liver failure on July 5, 1996. While Concannon, who lived in Greenwood Lake, Orange County, New York, was an opioid addict, her sister Kathleen Maloney believes that her neighbor and friend, Dr. Emilia Cearnetchi, shares some responsibility for her death because, Maloney claims, the dentist prescribed Concannon with painkillers and muscle relaxants throughout the year prior to her death.

“If she was here, she would say that she was responsible. She knew that she was wrong and she was trying to get help but it didn’t help when a dealer was a licensed professional.”

“I think it’s out of my hands,” Maloney admits. “I believe she has it back and I don’t think they can undo it, but I would like to find out more about them [the Board of Regents in New York state, a board of peers who awarded Cearnathci her license again].

“Are they appointed? Are they elected? I’ve been involved in this for years and I still don’t who they are. They must be accountable to someone,” she continued, referencing the recent arrest of a doctor associated with a pill mill in Staten Island and asking if he, too, will have his license back in a few years time.

Maloney first became aware of her sister's addiction a month before her death and is sorry that she did not have longer to try to help her only sibling, an 'Irish twin,' fight her addiction.

After visiting her sister's home in 1996 and noticing that she did not look well, Maloney received a call from Concannon a week later in which she confessed that she was suffering with a $1,100-a-month addiction to painkillers, mostly hydrocodone. After two stints in rehab, she relapsed and was waiting for another rehab bed when her liver failed.

She lived for just one more week before she died on July 5, 1996, leaving her 13-year-old daughter in the care of her sister.

Read more: Young people in Ireland take the most psychoactive drugs in the EU

A newspaper article from 1999 on the prison sentence of Cearnathchi. Image: Family photo.

Maloney explained to IrishCentral that she drove to Cearnathci’s house on July 4 in an attempt to bring her to her sister and explain to doctors what she had prescribed for her. The dentist refused, however, and despite Maloney’s warnings to Warwick County Police that her sister had told her she was prescribed painkillers from her friend Cearnathchi, Concannon’s case was closed three months later without the dentist being questioned.

It was three years later when Cearnathci admitted she supplied prescription painkillers to Concannon, although she  claims they did not cause the young woman’s death. She pleaded guilty to one charge of second-degree reckless endangerment, a misdemeanor.

This week Cearnahchi was contacted by the New York Daily News, to whom she admitted that she wrote Concannon two prescriptions. The pair had met as neighbors in Orange County after Concannon, suffering with a back injury, relocated there following a stint in the Army.  Having come out as a lesbian during high school, Concannon is reported to have left the army after being harassed over her sexual preferences.

“If I had known Eva was a drug addict, I would have never gave her any prescriptions,” she told The News, refuting Maloney’s claims that she always knew she was addicted to opioids.

Maloney again refuted this in conversation with IrishCentral, stating that the license board found 12 prescriptions made out to her sister in Cearnahchi's name. She also claimed that Concannon had said that the dentist would sometimes use an alias to help her friend.

“My sister had no chance,” Maloney, 55, told the Daily News.

“[Cearnetchi] knew she was addicted.

“If you are addicted to drugs and you have a licensed professional supplying you, what chance do you have?”

She has found some solace, however, in the fact that her sister was able to assist others through organ donations.

“My sister's heart was donated to a 59-year-old man who went on to live an additional ten years. Dr. Oz performed the transplant,” she writes.

“Going through that intense grief, we were giving him a gift but it was a gift to me.”