"Saving America’s Cities: Ed Logue and the Struggle to Renew Urban America in the Suburban Age": The Irish American man who approached urban renewal in a more constructive way. 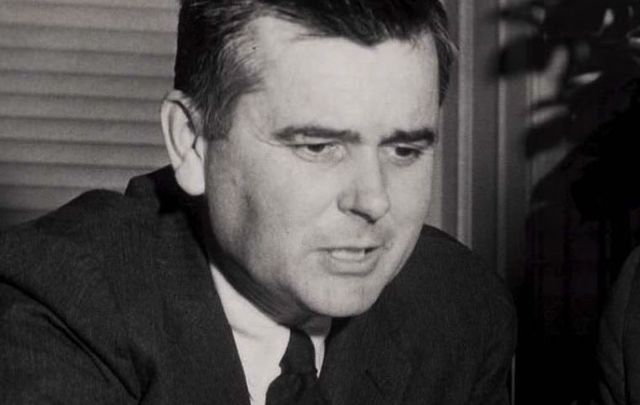 "Saving America’s Cities: Ed Logue and the Struggle to Renew Urban America in the Suburban Age": The Irish American man who approached urban renewal in a more constructive way.

The new movie Motherless Brooklyn stars Edward Norton (who also directs) as a private eye in New York’s glorious days of fedoras and trench coats.  His investigative duties draw him closer and closer to some ugly business in the big city.

At the heart of this ugliness seems to be a political mover and shaker named Moses Randolph, played with a heaping scoop of nasty relish by Alec Baldwin.  It is quite evident that Baldwin’s character is based on Robert Moses, one of the most influential New Yorkers of the 20th century who was never elected to public office.

Moses is regularly referred to as the “master builder” who is credited -- which is to say, blamed -- for transforming New York into a car-centric metropolis, at the expense of better and bolder public transportation.  All those traffic jams on the BQE and the Cross Bronx? Most urban historians say thanks, Robert Moses.

And let’s not even get into the Irish, Italian, Jewish and African American enclaves that had to be destroyed to make way for these car-carrying roads.

All of which means it’s a great time to revisit a forgotten big-city character who could be called the “Irish Robert Moses,” except that might not be fair, according to an ambitious new book.

His name is Ed Logue, and a recent New Yorker article suggested, like Moses, he is “long-reviled” for his urban planning schemes.  But some of those schemes might actually have helped get us to this moment of urban rebirth we are enjoying now.

“Logue was born and raised in Philadelphia in a devoutly Irish Catholic and staunchly Democratic home,” writes Harvard professor Lizabeth Cohen in her 550-page tome Saving America’s Cities: Ed Logue and the Struggle to Renew Urban America in the Suburban Age.

Logue was one of five kids whose father “earned a decent salary as a city tax assessor, good enough to send five children to the private Notre Dame Academy in Rittenhouse Square,” a swanky part of Philly.

The terrible news here is that Logue’s father died when the kids were young, following complications from a routine surgery.

Read more: US edition of the Photo Album of the Irish to be launched in New York

All the more impressive -- and this really should be the headline of this story -- that all four of the Logue boys went on to Yale, where they were very much outsiders as big-city non-Protestants of modest means.

“Logue’s Yale friends were overwhelmingly Catholic and Jewish,” Cohen writes, adding that his brother once expressed surprise that a “great WASPy university admitted those four sons of a widowed Irish kindergarten teacher.”

Logue was clearly burning with ambition and had a particular passion for confronting the various urban problems which he eyed growing up, like so many other children of Irish immigrants, in a big city.

Fittingly, Logue would begin by making his name in cities with impressive numbers of Irish, Italian, and other Ellis-Island-era immigrants -- New Haven and Boston.
Logue, according to one journalist, “achieved almost mythological status in the annals of urban renewal, as hero and ogre, by tearing down and rebuilding large sectors” of those two cities.

Indeed, like Robert Moses, there are some people who are going to praise you and damn you and when you re-imagine vast public space.

But as Cohen’s book ultimately makes clear, Logue -- for all of his flaws -- approached urban renewal in a more constructive way.

Logue, who died in 2000, played an important role  in rethinking cities during a period of time when, in the long run, “many cities were brought back to economic, cultural, and commercial vitality.”

It is revealing that, in 2008, when esteemed architectural critic Ada Louise Huxtable vented her frustrations with the rebuilding effort in downtown Manhattan, the headline read: “9/11 Site Needed Not a Moses but a Logue.”

Read more: Is there an Irish American lobby or is it hype? New book tells all