Donald Trump will stop at nothing to win the election

This will be the dirtiest election in modern history. 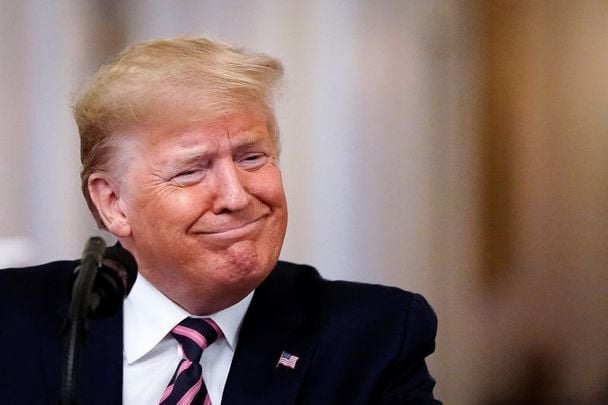 President Trump doesn’t care about a vast segment of the American people. It is clear now that his intention in November is to win the election by divide and rule and ignore the incredible damage that will do to the nation’s fabric.

He cares not about how many will die of COVID-19, but only about how his re-election prospects are impacted by this pandemic.

It’s clear the president will use the fact that blue states far more than red ones, and minorities more than whites, have been impacted by the pandemic – a launching pad for a vicious presidential campaign that will play on racism and xenophobia.

It is actually a well-known playbook. In times of national emergency, finding a convenient scapegoat or two can drive frightened voters right into your camp.

A Federal Reserve study on the 1918 pandemic economics found "that the correlation between influenza mortality and the vote share won by right-wing extremists is stronger in regions that had historically blamed minorities, particularly Jews, for medieval plagues."

Hitler did it by scaring Germans that Jews were the root of all evil. The Chinese Exclusion Act of 1882 blamed immigrant Chinese for every type of public health disease imaginable. Our own people, the Irish, were blamed for cholera outbreaks when they arrived fleeing famine.

The truth is that perhaps a cholera outbreak could be traced to Irish immigrants, but demonizing them only drove the disease underground where it became far more lethal.

Pandemics allow for extreme political behavior.  Unscrupulous leaders can make hay in such times, demonizing the “other” and swearing to protect the majority,

Trump can also run against China in November. For a time he called COVID-19 the Chinese virus, so it would not be a surprise to see him bring back that epithet.

His other plan is to create the illusion that he can get the economy back, just in time for the election.  If he can get the country opened up prematurely he can claim a victory of sorts despite the clear opinion of experts that many states are opening too early and many more will die as a result.

But what’s a few thousand more deaths if Trump can claim the political win of saying the worst is over, and let’s get back to work.

It appears the worst president in U.S. history is perfectly willing to sacrifice American lives if it means they are in blue states and are non-white.

Trump’s ridiculous statement that the virus will disappear, which he made once again last week, is an attempt to deceive the public, especially his own followers, that this pandemic can be brushed off.

As President Obama’s chief strategist David Axelrod noted in his CNN column last Friday, “This race to reopen an idea he (Trump) is fanning is predicated on his politics, not solicitude for the suffering and certainly not on the science.  The health experts -- even his own -- couldn't be clearer: open the country prematurely and carelessly, and we risk being right back where we were in March, with sharply rising infections and deaths that threaten to overwhelm our health care system again.”

To which Trump would answer “pshaw,” and that the only important issue is being re-elected.  Anyone who thinks Trump can win the White House for a second time without a serving of racist tropes and xenophobia is hopelessly naive.  This will be the dirtiest election in modern history.