Donal Gallagher, an advocate for Irish immigrants, a successful businessman, and a great promoter of the GAA, will be sorely missed. 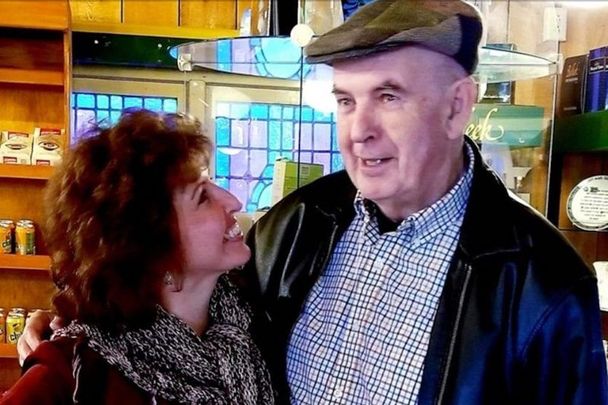 The Irish and Irish American communities in the tri-state area were saddened to learn about the death of Donal Gallagher last weekend. The Donegal-born entrepreneur and Catskills resident was universally loved.

Over the course of a very diversified and action-packed life, he was a staunch advocate for Irish immigrants, a successful businessman, and a great promoter of the GAA, while also being an enterprising community activist, organizing local festivals and cultural events and simultaneously helping many young Irish people get started in the business world.

Indeed, one commentator opined that an apt motto for his benevolence and advice was, namely, “Give, but don’t count the cost.” That certainly summed up the persona of the man who was affectionately known as The Veteran.

Gallagher was born in the fishing port of Killybegs, County Donegal in 1944, the fourth oldest of a family of 11. After completing his secondary education, he arrived as an 18-year-old in New York and initially settled in Brooklyn.

He eagerly embraced the land of opportunity and landed himself a job with Citicorp. He started in the mailroom and progressed to become a manager of the audit department.

While climbing the corporate ladder, the imminent entrepreneur was simultaneously advancing his educational career. Gallagher graduated with a bachelor’s degree in accounting from Pace University, and he obtained a master’s from the New School of Social Research in counseling. He also did advanced studies in the doctoral program.

After 15 years Gallagher left Citicorp to start his own financial consulting business. And more than four decades ago he established Guaranteed Irish in East Durham, which would grow to become America’s largest Irish import store. The company also included two other stores, one in Riverdale and the other in Wyndham.

Through the decades, this very successful business was initially astutely managed by Gallagher himself, and later along with his wife Kitty Kelly.

When it comes to the history of Donegal football in the Big Apple, Gallagher is non-pareil and a legend. For over four decades he was a major tour de force in the Donegal football camp. He was a manager, coach, recruiter, adviser, employer and general provider of whatever the team needed. Few if any could match his prowess on the sideline.

From the mid-eighties to the early years of the millennium, he took Donegal to 15 finals, winning six. The record shows two others were lost via objections and another two were never finally decided.

I was very much aware of his management maneuverings in the nineties, as Donegal and Leitrim were close rivals if not arch enemies. He was a taciturn tactician, and he always had his homework well done when it came to matchups.

Gallagher was very good at picking horses for courses. He lined out some great teams in the ‘80s and ‘90s which prompted Anthony Molloy, captain of the Donegal All-Ireland team in 1992, to say that Donal’s teams were some of the best that he ever played on. The former Donegal captain also said that Donal was factually ahead of his time as he would have studied the opposition in great depth.

He definitely reinforced his teams with great players through the years. He didn’t believe in bringing out journeymen, but all-stars and top intercounty players were his favorites. The airfare was the same, though there might have been a little extra in the incentive package!

Of course, he also brought over plenty of Donegal players as well. They didn’t just play football. Many would have stayed on and Gallagher would be instrumental in finding them jobs and accommodations. During his few decades at the helm of Donegal football, he made sure that Gaelic Park patrons got to see the best players of those eras.

Granted the Donegal native had a busy schedule with football and business affairs. He also was a leading figure in developing the East Durham Irish Cultural and Sports Center which was officially incorporated in 1978. Later it was dedicated and renamed in honor of the late Kerryman, Michael J. Quill, founder of the Transport Workers Union of America.

Since its establishment, Gallagher held several posts, among them the executive director and president. Over the years he played a very active role in the success of the East Durham Irish Festival held every Memorial Day weekend.

As noted Gallagher was a very formidable presence on the sideline and behind the scene over the years, and he made sure that Donegal was a powerhouse in New York football during his time at the helm. Currently, Donegal ranks second in New York championships behind Kerry.

Gallagher just didn’t limit himself to football, and perhaps the adage that Donegal’s loss at home was certainly New York’s gain is very apt. He provided a safe house or sanctuary for many a young immigrant, rendered sound advice and set many off on their career paths.

As the Gaelic seanfhocal by Tomas O Criothain states, “Ni bheidh a leitheid aris ann,” translated, there won’t be his likes again. So true.

I’m sure Donal will be soon trading shots with some other great GAA characters such as John Riordan, Seamus Dooley, and Jackie Salmon on the heavenly side lines.

St. Peter will have his hands full controlling this battle of banters. May all these great GAA legends rest in peace.

*This column first appeared in the December 14 eccition of the weekly Irish Voice newspaper, sister publication to IrishCentral.