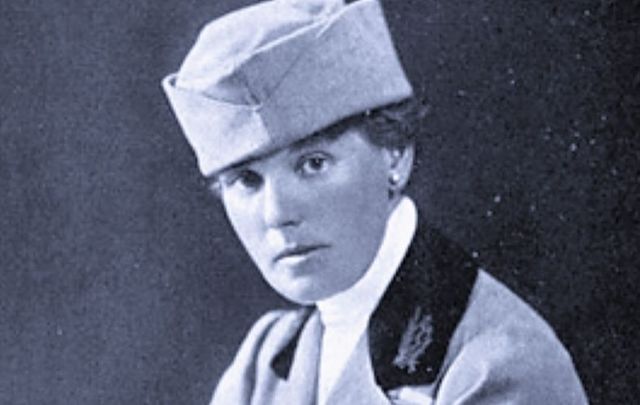 Antrim woman Anne Louise McIlroy was both the first woman to be awarded a Doctor of Medicine (MD) degree and to register as a research student at the University of Glasgow. She was also the first woman medical professor in the United Kingdom.

Anne Louise Mcllroy was born on the 11th of November 1874 at Lavin House in Loughguile, Co Antrim. She was the eldest of four daughters of Ballycastle General practitioner Dr. James and Anna Mcllroy (nee Hamilton). She was educated in Ballymena before moving to Scotland to study medicine at Glasgow University.

Following her postgraduate studies in London, Germany, and Austria, where she specialised in gynecology and obstetrics, McIlroy became a Licentiate of Midwifery in Dublin, Ireland in 1901.

Her first role was house surgeon at the Samaritan Hospital For Women in Glasgow in 1900, followed by Gynaecological Surgeon at the Victoria Infirmary in Glasgow from 1906 to 1910.

In 1911, Mcllroy became First Assistant to Professor J. M. Munro Kerr who held the Muirhead Chair of Obstetrics and Gynaecology at the University.

On 28th of June 1914, Archduke Franz Ferdinand, heir to the throne of Austria- Hungary, and his wife were assassinated in Sarajevo by a 19-year-old Bosnian Serb nationalist Gavrilo Princip, kicking off the first World War.

Mcllroy offered her services to the war office like many female medical workers, but was rejected on the grounds of "the battlefield was no place for a woman".

The Scottish Women's Hospital for Foreign Service was founded in 1914 as a response. Most of the members, like Mcllroy, joined privately sponsored organisations. Mcllroy oversaw the Girton and Newnham unit at a hospital near Troyes in France before she was sent to Serbia and then three years later Salonika (present-day Thessaloniki, Greece).

While she was in Salonika, Mcllroy established a nursing training school for Serbian women and the only orthopaedic centre in the Eastern army. Towards the end of the war, Mcllroy worked at a Royal Army Medical Corps hospital in Constantinople (present-day Istanbul) as a surgeon.

For her services during the war, Mcllroy received the Croix de Guerre and Médaille des Epidemies from the French government and Red Cross and order of St. Sava from the Serbian government.

In 1921, McElroy was appointed to the Royal Free Hospital in London as a consultant in obstetrics and gynecology and became the first female medical professor in the UK at the the London School of Medicine for Women. She also became surgeon for the Marie Curie hospital, a privately funded women's hospital to provide radiotherapy for women.

In 1932, she became a Member of the Royal College of Physicians and was elected as a Fellow in 1937.

McIlroy semi-retired in 1934 but continued private practice in Harley Street and clinics throughout London. Mcllroy came out of retirement at the outbreak of the second World War as a consultant for maternity services at Buckinghamshire County Council. She was also senior obstetrician to the maternity hospital for the wives of officers.

Mcllroy received many honorary degrees but she was most proud of DSc from Belfast.

She wrote many articles and authored and co-authored several books including "From a Balcony on the Bosphorus" (1924), "Anaesthesia and analgesia in labour - with Katharine G. Lloyd-Williams" (1934), and "The Toxaemias of Pregnancy" (1936).

Throughout her professional and private life, she held a reputation for holding strong opinions, and a wicked quick tongue, as well being very hospitable and a bit of a charmer when needed.

After WW2 ended, Mcllroy moved from London to live with her sister Dr. Janie Mcllroy in Turnberry, Scotland.