Don Winslow has built a vivid universe of Irish and Italian saints and sinners in his best-selling crime novels. 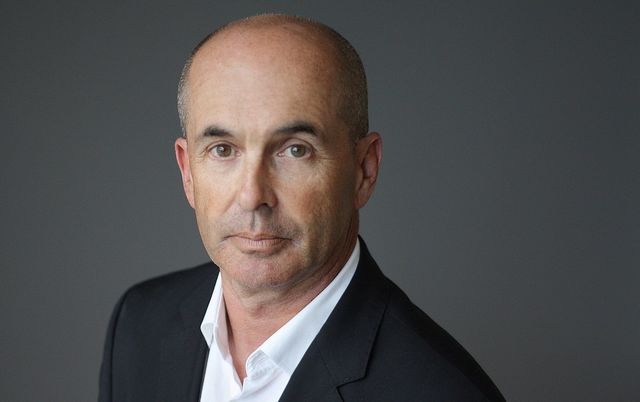 Stephen Miller really should be a Don Winslow fan.

Miller, formerly a prominent adviser to Donald Trump, was really “into mobster movies,” Vanity Fair noted a few years back.

“Growing up, the walls of (Miller’s) bedroom were decorated with framed posters of Casino and Goodfellas – two of his favorite films. The characters in the Martin Scorsese films are largely amoral, but they live by a code.”

Don Winslow has built a similarly vivid universe of Irish and Italian saints and sinners in his best-selling crime novels.

In epic sagas about the global drug trade like The Power of the Dog (not to be confused with the Netflix movie), we meet tortured New York Irish hitman Sean Callan.

And in The Force, we meet New York City cop Denny Malone where (as the narrator puts it) “if you’re Irish or Italian from Staten Island, your career choices are basically cop, fireman or crook.”

Winslow’s new novel City on Fire incorporates elements of Greek tragedy into the Irish and Italian underworld of Rhode Island, a world that is so rich and powerful yet under-explored that it’s, well, criminal.

And so, Scorsese fans like Miller should be avid Winslow readers, right?

Trouble is, as the Vanity Fair profile also noted, “Stephen Miller molded the GOP to his anti-immigration agenda.”

As Winslow told the Irish Voice this week, too many Americans have selective memories when it comes to immigration.

“You’d think we would learn from history, but we don’t seem to,” said Winslow, who will be reading and discussing his work in New York, New Jersey, and across the U.S. in May.

“With the exception of indigenous people, we’re all immigrants.  What we should learn from yesterday’s immigrants is that they contributed vastly to the building of this country – so are the recent immigrants.”

Winslow’s latest book shines a bright, glaring light on the New England underworld, a setting that will remind more than a few readers of Dennis Lehane at his best.

“I was born in Staten Island,” Winslow notes. “But didn’t live there for long, so I don’t remember much about it (though) recently I spent a lot of time there doing research for The Force.”

Adds Winslow, “I really grew up in Rhode Island, in the town where City on Fire is set.”

There is Irish ancestry, he adds, on both of his parents' sides.  “From Galway, I’m told.”

City on Fire is the first of a planned trilogy with Irishman Danny Ryan at its center.

“I’m greedy,” Winslow said when asked why he wanted to paint this portrait on such a large canvas.

“I want it all. I wanted to take Danny Ryan, the protagonist, on a long journey through the arc of his life.  I wanted to write multiple locations – Rhode Island, Hollywood, Las Vegas.  What can I say?  I like to read big stories.  I like to write them.”

Down the road, Sony movie studios has purchased the rights to the entire City on Fire trilogy.  And the FX Network is planning to make a TV series based on Winslow’s books about the global war on drugs.

Which makes it all the more shocking that Winslow recently announced that he was more or less walking away from writing.

As he recently said on PBS, “I think it's time for me to get off this stage. But more importantly, I think…we're in an existential crisis for democracy around the world, but particularly here at home. And I started feeling that way and not coincidentally around 2016.

“I don't think we're out of the woods by any stretch of the imagination. I think this is going to be a fight. It's a fight we have to win and I wanted to devote more time and energy to that fight,” he said, adding that the anti-Trump videos he’s posted have received millions of views.

Which is all well and good.  But it may turn out that by diving into national politics, Don Winslow will face his most ruthless enemies yet.