Covid, the Irish study: "Only one positive in a thousand is infected outdoors". 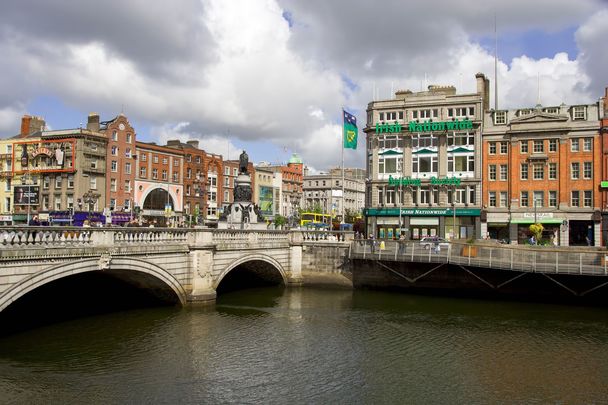 Covid infections in Ireland recorded outdoors since the beginning of the pandemic do not exceed 0.1%, according to a study published on Easter Monday by the Health Protection Surveillance Center (Hpsc) in Dublin and then reported by various media of the island, including the Irish Times.

The research counted just 262 outdoor infections out of the total national ones detected between 24 March 2020 and 24 March 2021, which are 232,164. Of these 262 infections, 7 appear to have occurred during outdoor family reunions, 124 among construction site workers, and 131 during sports activities.

The Irish Times notes that other recent international studies also confirm the generalized indication to initially favor outdoor contacts over those at home or in other indoor places in the phases of easing the precautionary anti-Covid restrictions.

In particular, a Chinese survey conducted on a sample, which found three outdoor infections out of 1245 examined; and elaboration by the American University of California of data collected in the context of 5 surveys carried out in as many countries according to which the chance of being infected outside is 19 times lower than it happens indoors.

More than 200 Irish Covid-19 cases have been linked to outbreaks involving potentially risky variants of the virus, according to a new report.

So far this year, 41 outbreaks have occurred where subsequent genetic sequencing showed involvement of one of the variants of concern or variants of interest, the report by the Health Protection Surveillance Centre shows.

In 21 of these outbreaks, the South African variant, B1351, was identified. The total number of cases involved was 116, and the outbreaks ranged in size from three to 27.

The number of confirmed B1351 cases in Ireland is smaller, at 55, because sequencing results are not available for all cases associated with an outbreak.

The first variant of concern identified in Ireland was B117, or the UK variant, in mid-December. It spread rapidly and now accounts for 94 percent of cases sequenced. Between mid-December and April 10th, 6,623 B117 cases were sequenced.

The South African variant was first identified before Christmas and since then 55 cases have been confirmed, according to the HPSC. There are also 24 cases of the P1 variant of concern first identified in Brazil

Both the Brazilian and South African variants carry a mutation in the spike protein – the part of the virus that allows it to infect a host – called E484K, which helps bypass immunity from past infection. Two of the B117 variant cases were also found to have this additional E484K mutation.

About 1,000 Covid-19 cases a week are sequenced by the National Virus Reference Laboratory in UCD.