Whose voice are we listening to? Ultra-conservative Catholics -- Bannon-style kooks -- who hate the Pope and all of his open-minded mumbo jumbo. 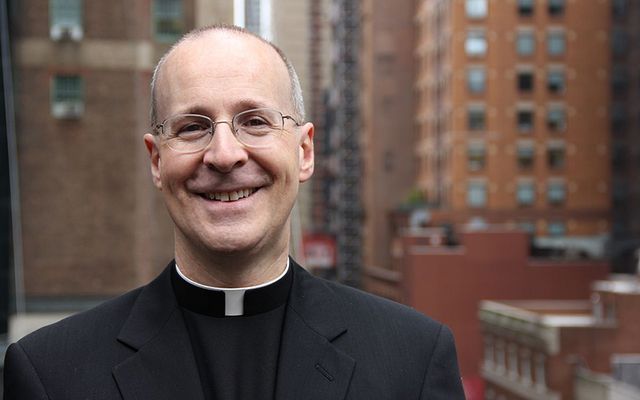 Last week, it was big news when Harvard University disinvited infamous secret-spiller Chelsea Manning from a campus fellowship program.  Though some see Manning as a hero for revealing the depths of various government secret programs (not to mention a trailblazer for publicly switching genders), others see Manning as a traitor.

This has become a familiar story at colleges and universities across the country: Controversial people are sought to give presentations or teach classes, but problems arise when students who disagree with the controversial person rise up in opposition.  More often than not, super-sensitive left-wing students oppose visits by conservatives.

Earlier this year, riots erupted at U.C. Berkeley when conservative provocateur Milo Yiannopoulos was scheduled to speak.  The presentation was eventually cancelled, though gluttons for punishment that they are, Berkeley has since invited not just Yiannopoulos but also Ann Coulter and Steve Bannon for an event later this month.

Have fun with that.

This week, a similar controversy erupted in Washington involving one of America’s most prominent and respected Irish Catholic clergymen.

Theological College, the seminary run by The Catholic University of America, had invited Father James Martin to speak to alumni.  Martin is a best-selling author as well as editor-at-large of the Jesuit magazine America.  (Full disclosure, I write regularly for America.)

So what’s the problem?

Plenty, because this week Theological College officials disinvited Martin. And even the president of Catholic University seems puzzled by this turn of events.

The problem seems to stem from Martin’s latest book, entitled Building a Bridge: How the Catholic Church and the LGBT Community Can Enter into a Relationship of Respect, Compassion and Sensitivity.

“Catholics are realizing, in greater numbers, that LGBT people have been excluded like no other group in their church,” Martin wrote in a recent op-ed essay. “This is becoming clearer because more people are hearing their voices, and because Pope Francis has allowed Catholics to speak about these issues more openly.”

Martin also noted that prominent Irish American Catholic leaders such as Newark’s Archbishop Joseph Tobin as well as Cardinal Kevin Farrell, who leads the Vatican’s office on the laity, family and life, have struck similarly friendly tones with the LGBT community.

But not everyone is thrilled that these Catholics are acting so darn Christian with the LGBTers.

In a statement, Theological College cited “increasing negative feedback from various social media sites,” in explaining that a “decision was made to withdraw the invitation extended to Father Martin.”

The decision was made “in the interest of avoiding distraction and controversy” during the school’s centennial celebration.

Even Catholic University’s president John Garvey, noted that this decision was made “independently” of Catholic U., and added, “Universities and their related entities should be places for the free, civil exchange of ideas. Our culture is increasingly hostile to this idea. It is problematic that individuals and groups within our Church demonstrate this same inability to make distinctions and to exercise charity.”

In short, this is just the latest dust-up in the ongoing civil war within the Catholic Church.  The irony is that there was once a day when bigots hated all Catholics because of their devotion to the pope.

Now it is a faction of ultra-conservative Catholics -- Bannon-style kooks -- who hate the Pope and all of his open-minded mumbo jumbo.

Either way, when the day comes that someone like Father James Martin’s voice cannot be heard, it is a scary day indeed.