Are we now to “cancel” Thomas Jefferson who wrote the Declaration of Independence?

Irish Voice Editorial: "It should not be forgotten that Jefferson did assail slavery and called for an end to it." 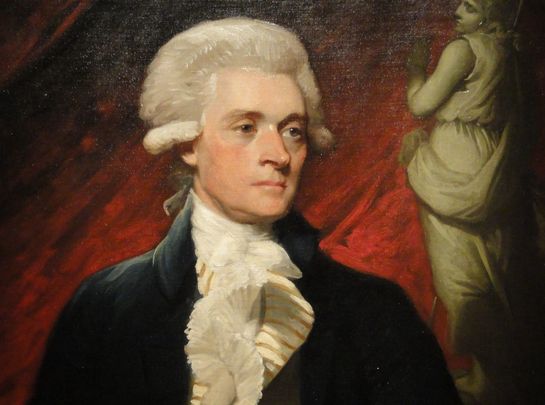 Some clowns in New York City Council thought it was a fine idea to remove the statue of Thomas Jefferson from the council chamber because, in the words of one protestor, “Jefferson embodies some of the most shameful parts of our country’s history,” – so said Adrienne Adams, a councilwoman from Queens and co-chair of the Black caucus.

As regards slavery that is certainly true, but are we supposed to indict the entire life of the man who wrote the Declaration of Independence, the document which is the single greatest declaration of human rights and call for the pursuit of happiness ever written?

It should not be forgotten that Jefferson did assail slavery and called for an end to it, calling out the British monarch George III on the issue, but his draft was later deleted by the oversight committee allegedly to keep several southern states from splitting off.

Jefferson wrote in part: “He (King George) has waged cruel war against human nature itself, violating its most sacred rights of life and liberty in the persons of a distant people who never offended him, captivating and carrying them into slavery in another hemisphere or to incur miserable death in their transportation thither.”

Of course the central question is why didn’t Jefferson then free his own slaves which is an entirely fair critique, but it should not be the only deciding factor on Jefferson.

He was the man who ensured that an enlightenment value, “all men are created equal,” which we obviously take for granted as an aspiration now, was actually the most revolutionary statement of all time, putting kings, queens and hereditary rulers on notice that their days of absolute power were coming to an end after centuries of diktat rule.

To equate this man’s work with the racism of the confederacy, with its South Carolinian declaration of independence identifying the continuation of slavery as their reason for leaving the United States, is absurd.

Jefferson was asked to write the document for the ages when aged just 33.  He would go on to establish the right to religious freedom, create the political party system and bring about massive land reform by replacing hereditary land ownership with a much more democratic system.

His ideas are so commonplace in America now, and his Declaration of Independence so revered, that it is sometimes hard to see the man from the graven image.

New York is a case in point. Some speakers argued that the statue should remain in the City Council chambers, suggesting that its placement there could facilitate the debate over his legacy.

We Irish know a thing or two about imperial statuary.  Nelson’s Pillar, called after the famous sea lord, was blown up by the IRA in the 1960s.  It was one of Dublin’s chief tourist spots.

But there has been precious little else attacked.  Even street names like Mountjoy and Grafton that glorify British oppressors have been left alone.

In this era of wokeness, of course, self-righteousness seems the only thing that matters and the inevitable mistakes made in every person's life are no longer allowed. Instead we are living with a generation which believes there is only one holy and absolute deterministic view.   Wake us up where they find this perfect person.