“Many people who are dying, both here and around the world, were on their last legs anyway." 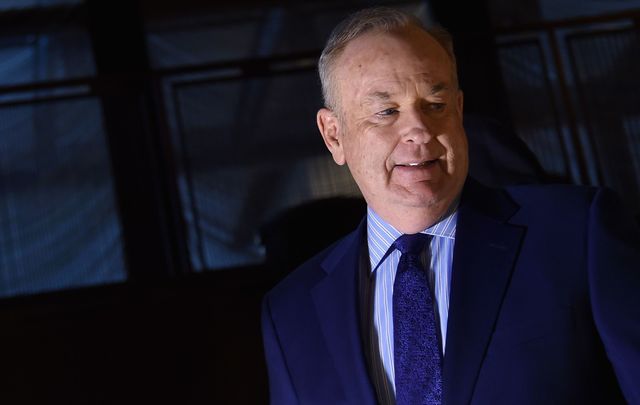 “Many people who are dying, both here and around the world, were on their last legs anyway." We beg to differ O'Reilly.

When the coronavirus pandemic ends – and it will end – we will look back with adoration at the heroes, many of whom risked their lives to save others and keep our society functioning, and disgust at the goats who dismissed the deadly virus as some sort of sinister, overblown plot.

The heroes will always rise to the top.  They are all around us, fortunately…the health care superstars on the front lines who are caring for and curing the ill at their own risk, the store workers maintaining our food and other supplies, the sanitation crews keeping our environments clean, the transit workers keeping the trains and buses running, the mom and pop businesses readjusting their operating models to hopefully stay afloat until the storm subsides.  The list goes on and on.

We can be awesome when we need to be…but, unfortunately, some never miss a chance to be utterly obnoxious during the same dire circumstances.

Fox dumped him from its roster three years ago after multiple workplace harassment suits resulted in millions of settlement bucks, skeevy headlines about loofah massages and overall humiliation that proved to be intolerable even for the evening line-up’s home-run hitter.

The Irish American idiot whose Famine-era ancestors came from Co. Cavan on the treacherous coffin ships, clinging for life, said this last week about those who have died from the coronavirus: “Many people who are dying, both here and around the world, were on their last legs anyway.  And I don’t want to sound callous about that."

O’Reilly’s interviewer, ex-Fox colleague Sean Hannity, didn’t offer much in the way of pushback against O’Reilly’s demented autopsy verdict, but maybe we can, in the form of recent obituaries from Newsday, the hometown newspaper of Long Island natives O’Reilly and Hannity.

The obits in Newsday are piling up by the day.   Here are some of the weekend’s “last legs” that O’Reilly blithely discarded as on the way out, so their deaths shouldn’t really be much of a big deal.  But to most of us who are normal, decent human beings, they are a very big deal.

“Reverend Theodore J. Howard, a priest of the Diocese of Rockville Centre for 55 years passed away April 5, 2020, of coronavirus. Father Ted leaves behind his brother and best friend, Jim Howard (Maureen) and many cousins and dear friends.”

“Iris Snider, age 67. Passed on April 6, 2020, due to complications from coronavirus. She spent her life caring for others as a registered nurse and physician assistant while battling her own Multiple Sclerosis diagnosis.”

“Thomas J. Collins, of West Islip, passed away April 5, 2020, due to complications from coronavirus. Devoted and beloved husband of Patricia (Armstrong) Collins for 54 wonderful years. Cherished by three daughters Eileen (Don) Lettieri, Nancy Febbraro and Kathleen Collins-Dunn. He was adored by his nine grandchildren…Tom was an active member of the Ancient Order of Hibernians, Division 2, Babylon for 40 years. He was nominated Hibernian of the Year 2020.”

Try telling their loved ones that they were on their last legs, that their lives were somehow less valuable once COVID-19 took over.  And the health care workers who are getting sick and dying because of their jobs…were they on their last legs too?

After getting canned from Fox, O’Reilly promised that he would soon unveil evidence showing that his ouster was part of some orchestrated hit job against him.  We’re still waiting for that big reveal, so maybe Mr. No Spin should devote more time to rehabbing his tattered reputation than smearing the innocent victims of COVID-19.