Facing a dip in his approval ratings, President Joe Biden must now square up and face his responsibilities. 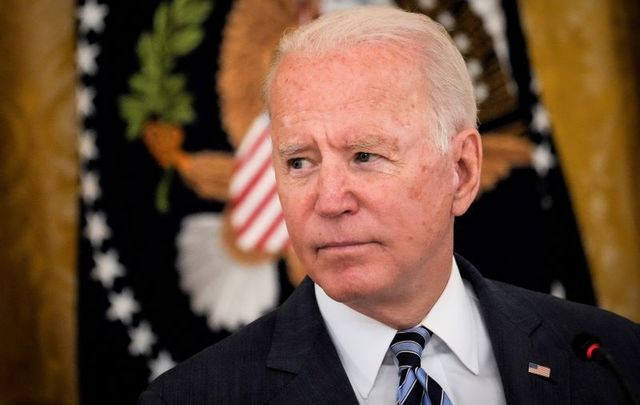 August 25, 2021: US President Joe Biden speaks during a meeting about cybersecurity in the East Room of the White House in Washington, DC. Getty Images

President Biden is in danger of becoming about as popular as the Delta variant according to polls taken after the Afghanistan withdrawal debacle and the upsurge in Covid cases.

It is a worrying development for a president who has projected competency on so many issues such as economic investment, vaccine distribution, and an ability to work across the aisle.

Biden must now square up to his responsibilities in creating the Afghanistan mess. It was refreshing to note his admission that the buck stopped with him, something Donald Trump would never admit to.

On the Covid vaccine, the president is between a rock and a hard place. If millions of Americans choose to live unvaccinated and the government takes every legal step, as Biden is doing, to get them to change their mind, there is very little else that can be done to persuade them.

The good news on Monday was the FDA fully approving the Pfizer vaccine which will hopefully result in millions of Americans losing their last excuse not to be vaccinated.

Biden needed the FDA's good news. He will be keenly aware that his polls plunged 16 points on his handling of the two situations, Covid and Afghanistan. He is now at 50 percent approval and his leadership is being tested like never before.

There is the usual outrage on the right. Most of it is from people who could hardly tell the difference between Sunni and Shiite Muslims.

The worst offender of all was from Trump’s UN Ambassador Nikki Haley, a GOP 2024 candidate wannabe who managed to excoriate Biden for dealing with the Taliban to begin with.

Because of the Afghanistan debacle, Biden is in danger of doing permanent damage to his biggest selling points, competency and maturity, which contrast so strongly with the clown routine that preceded him.

Biden must accept responsibility for a massive intelligence failure. The declarations by Biden himself and key members of his cabinet that the Afghan Army would hold out at least until year’s end were laughable given what happened. America has allegedly the best spy and intelligence networks in the world but they utterly failed to see the obvious.

A similar failure of oversight and incorrect intelligence led to the same hideous pictures in Saigon around the U.S. Embassy there in 1975 as the U.S.-trained Vietnamese Army collapsed under the weight of its own corruption despite American intelligence assessing the army would fight for much longer.

Biden needs to clean up the Kabul mess as quickly as possible. It is his first misstep as president and it’s a bad one, but he knew there would be crises like this. Dealing with them with competence and clarity is his best way forward.

*This editorial first appeared in the August 25 edition of the weekly Irish Voice newspaper, sister publication to IrishCentral.