Bidding farewell to New York and returning to Ireland

“Swept along by its pure exuberance” – An Irish J-1 visa holder loving and leaving the Big Apple. 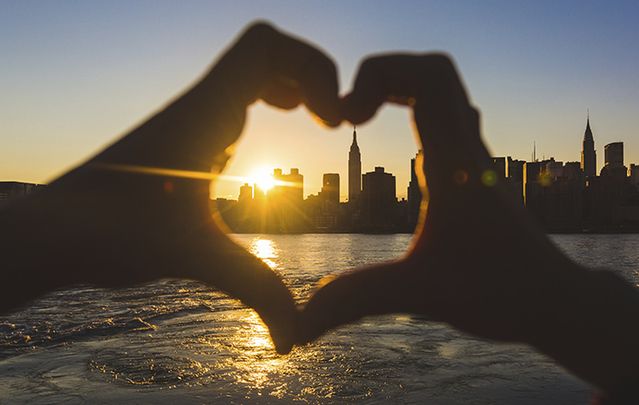 “Swept along by its pure exuberance” – An Irish J-1 visa holder loving and leaving the Big Apple. iStock

Following a year long stint in New York City I found myself back in Ireland for the Christmas build-up. I won’t venture down the Joan Didion path with a “Goodbye To All That” piece, addressing all the reasons why I loved and left New York, for Didion’s 1967 “Dear John” letter to the city, titled “Farewell to the Enchanted City”, doesn’t quite fit my reasons for returning home. I didn’t leave because I had grown tired of its hectic pace or because it was draining me of all emotion bar hard cynicism. I left because my 12-month work visa expired. Given the choice I would still be there.

The Big Apple; Gotham; The City That Never Sleeps; The Empire City; Greatest City in the World – whatever it is you have come to call it, there is no denying the unavoidable presence New York has on the consciousness of the world. And it has me hooked.

On arriving in October 2014 I stayed with a friend in Midtown Manhattan as I got acquainted with the bright lights big city, before deciding it was time to decamp and begin building my new all-American life. Craigslist was my first port of call in finding an apartment and despite all the subsequent horror stories I heard detailing money scams and crazy flat mates, I fortunately found a gem of a room with a stellar downtown view located on 90th St and Amsterdam Avenue. Rent was steep but it had two large windows and it came with its own washing machine AND dryer – I felt like I’d struck real estate gold!

Because my graduate visa required me to work within the realm of my qualifications, I began the task of finding a job that my host organization CIEE could approve and therefore validate my visa. Having learned of the “First Friday Business Breakfast” – an informal networking event held at the Irish Consulate every month – I was given the opportunity to make new contacts and meet a whole host of Irish people working within different industries. This proved invaluable not only in the professional sense but also in making friends who had come to New York under similar circumstances. The Irish in America, I came to understand, are a tight bunch and people went out of their way to help or at least offer the phone number of someone who potentially could.

In the end I found work in PR for a fashion company based in Brooklyn which offered all kinds of lessons in New Yorkese from the importance of getting my bagel order down to a tee and discovering that the $1 coffee from the corner bodega was better than its artisan neighbor to witnessing my boss order $30-worth of Haribo candy to be delivered and catching a glimpse of the lives lived on Park Avenue as part of a hands-on team who helped design for and dress an UES Met Gala-bound art collaborator/socialite.

Transferring from the 1 train to the L train at 14th Street every morning always gave me a giddy sense of having found my little spot among the crowd as I made my way to the more laid-back, funked-up streets of Bedford, Driggs and Metropolitan. There’s a smug feeling I’m sure every new New York transplant experiences once they feel they have mastered the Subway. That smugness signals a whole new sense of freedom. Next only to that is the ability to offer directions to the lost folk standing motionless and bewildered on street corners, resembling rabbits caught in headlights. Very soon my weekly $31 metro-card provided me with my own personal key to the entire city.

New York, as we know, is extreme – the weather, the ambition, the wealth, the poverty, the portion sizes, the options, the crowds, the temptation, the walking pace, the tipping. It doesn’t do things by half and what you fast come to learn is you either get on board or it will swallow you up. But like everywhere, I began to carve out my own little store of “favorite spots” – Washington Square park for street music, Charles St for daydreaming along, Prospect Park for walks, The Strand for books, Vanessa’s for dumplings, Skinny Dennis’ for Willie’s Frozen Coffee, Upper West Side for that neighborhood feel, Lower East Side for night-time thrills, Queen’s Comfort for brunch...I could go on and on.

It’s true New York is expensive but in the weeks that called for economy drives I took myself to book readings/art openings or midweek live gigs in the West Village with no admission charges. Then of course there are the museums, the parks, biking across Brooklyn Bridge, scouring the many vintage and secondhand shops in Williamsburg and the East Village, the Staten Island ferry sailing past lady liberty herself, DUMBO and its picture-postcard views of Manhattan, the Highline, Cafe Reggio, the sheer spectacle of a simple walk down any street day or night along with friendly chats with random strangers and let’s not forget the money-saving kick of Happy Hour and the bartender buy-back.

All these things and many more besides were there for the taking or at minimum cost. When I was feeling plush there was the Christmas Eve matinee of "The Nutcracker;" a Mets game; the road trip to Montauk; Oktoberfest upstate; plays starring Carey Mulligan; nights at Electric Lady Studio; Louis Armstrong House Museum and Patti Smith book launches to name but a few. Throw the different seasons into the mix and a different experience was dealt every four months.

I never felt lonely in all my time in New York for the city itself was a constant companion and I was contentedly swept along by its pure exuberance. On hearing of the suffocating heat and humidity of a New York summer, my friend and I decided to Greyhound bus it across the States to experience an America outside of the NY bubble, but that’s another story. All I know is that come the end of our trip I was beyond ready to be a part of a city I could so easily call home again.

People regularly talk about feeling “jaded” by New York, I can’t relate but then again chances are twelve months is simply too short a time to be let loose in NYC to fully grasp what they mean. Although I’m back in Donegal, my New York story is far from over. On my second last night in Manhattan, I lost a tweed jacket that I bought for a fiver in an Edinburgh charity shop in 2007. My mum refers to it as a bad penny that keeps reappearing as I wear it constantly. Not quite ready to give up on it, I rang the bar I had been in from the airport minutes before my flight was due to board and sure enough someone had handed it into lost property. I’ll be back to get that jacket.