Belfast - city oft-divided is united against a common enemy

Today Belfast is united, together in a battle against Coronavirus that the people of Ireland will not lose. 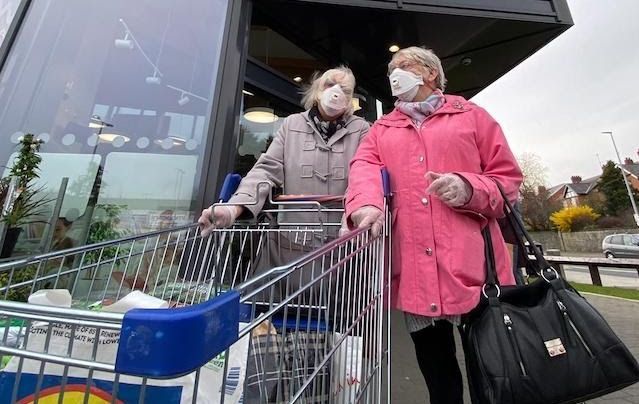 Today Belfast is united, together in a battle against Coronavirus that the people of Ireland will not lose.

In a city oft-divided, unity against a common enemy

We have been here before.

Or at least, I have.

A fear of imminent and overwhelming attack.

A feeling of abandonment.

Questions in a torrent but answers in a trickle.

It took a while before it hit me but my first ride on this rollercoaster was as a nine-year-old when I watched on, wide-eyed and tremulous, as my elders were swept away by the tumult of August 1969.

Bombay Street had been burnt to the ground by the mob and refugees were flooding into the half-finished homes in Upper Andersonstown, West Belfast.

It was frightening but exciting too as, with my primary school buddies, I roamed the estate, observing the unfolding drama.

We saw the lorries bring in the belongings of the refugees as workmen knocked together mobile homes on the Glen Road above Rosnareen. We watched as petrol bombs were made on a makeshift production line and stored behind the barricade at the top of Ramoan Gardens. Young as we were, we knew that this was an epoch-making time.

My most vivid memory from those frantic few days in August is of Patcheye Doyle standing on the roof of a Morris 1100 which was caving in under his weight. His one eye dancing, he was roaring at a gathering of local men, urging them to get organized before the next onslaught. A fearsome and fearless scrapper of some renown, Patcheye took the lead while others dithered. He was a hard man, in a time when that epithet was more than a throwaway schoolyard taunt.

And of course, there was real fear abroad. There were no weapons to hold off an invasion, no police force to turn to for protection.

And yet, the people did pull together defenses, after a fashion. Barricades went up, British Army ‘ex-servies’ patrolled the streets and the people turned to each other for support and comfort.

Mistakes were made too in the maelstrom. Some concerned matters of life and death, others were less consequential but remain with me: I remember the proud pine trees on the Glen Road being cut down to block the road. You can still see the gaps where they once stood – and where their more fortunate cousins continue to watch over us.

And, yet, we survived. Not in one piece, admittedly. But we emerged on the other side. Changed for sure, stronger undoubtedly but also scarred.

And so what I can retrieve from those all-but-forgotten memories of the heady days of August ’69 to help us as we march headlong into this coming Cornavirus hurricane? Well, put up the barricades. Protect your neighbor. Gear up for the fight.

But most of all, listen to the key men and women – those selfless heroes who we will find today not on car roofs but in the hospital emergency rooms and the Intensive Care Units. They have given us fair warning: keep your distance, isolate and defend the elderly, wash your hands and, above all else, stay at home.
I can put it no better than in the words of a 16-year-old paperboy who arrived, complete with surgical gloves, to the Andersonstown News offices last week insisting that he be allowed to do his door-to-door paper round — which we had canceled in light of the crisis. Pointing a gloved finger at me, he said, “I will knock the f*** out of this Coronavirus.” Patcheye must be smiling down.

Today it’s not Shankill against Falls or unionist versus nationalist. It’s all of us, one people, one city, and one battle which we cannot and which we most certainly WILL NOT lose.

"PLEASE STAY AT HOME", below watch the crucial video message from the Belfast Trust Respiratory Team"