Auctioning off items from my parent's pub in County Clare

Seven years after their father's death historic gig posters, vintage books, old signs, carriage lamps and furniture are all been auctioned off on Apr 23. 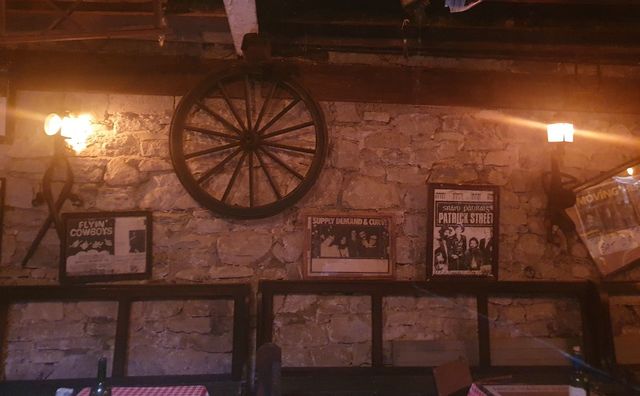 Arlene Harris writes about the heavy task of having to sort through her family's history at the Merriman Tavern and sell some of the incredible memorabilia she found.

Selling the family home is always going to be a poignant experience even when everyone has moved on with their lives. Of course, some people will say that it is just bricks and mortar, but the place where we grew up and lived our childhood experiences is filled with memories that can come flooding back as soon as the prospect of it changing hands becomes a reality.

But however nostalgic the sale of a building is, going through its contents and organizing them for auction is even more of an emotional wringer. And when you add to that, the emptying of a business which is choc-full of antiques and memorabilia, the task gets even harder.

This is what I have just been through, having emptied my parent’s bar, The Merriman Tavern in Clare, for an auction that will take place at the end of this month.

Prior to its role in the entertainment industry, the building has had many guises. It was initially transformed from a grain store into the first secondary school in the locality by my grandfather Sean O’Beirne and then in the 1960s, my father (along with my mother Sile) began to entice talent from all over the country (and indeed the world) to this little corner of East Clare where musical magic took place long into the early hours of each weekend.

Growing up in this centuries-old stone building (where incidentally Eamon DeValera once made a speech from the room that later became my parent’s bedroom), I had a very colorful childhood. 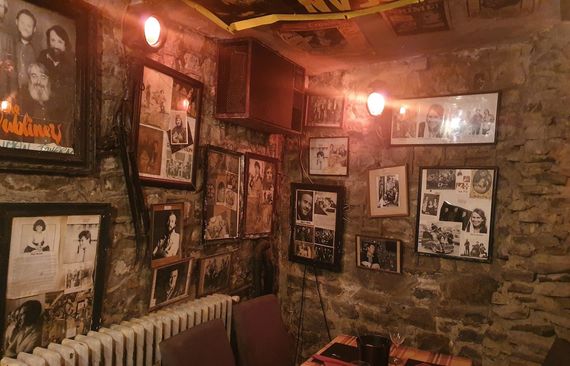 Week after week, the bar (which we lived above) played host to everyone from Clannad and the Chieftans to the Wolfe Tones, Paddy Reilly, Christy Moore, and Planxty. Finbar Furey credits ‘The Tavern’ as the place where he and his brothers played their very first gig together, while we sadly missed national treasure Brendan Grace was a very frequent visitor, first coming down with his band The Gingermen when he was a mere teenager and on a very regular basis throughout his comedy career.

The walls and ceiling of both the ‘big bar’ or ballad room and the ‘small bar’ which regularly played host to impromptu sessions around a roaring fire, documented the names of the many legends who played there – from Makem and Clancy, The Dubliners and the Bothy Band to Mary Coughlan, Sharon Shannon, Maura O’Connell, Sean Keane, Colm Wilkinson and Jack L – anyone who was anyone in the business played there - and the posters, hanging for posterity are there to prove it.

The thought of having to remove them all was not only daunting but also a little heartbreaking as little by little, we would take the character of the place apart. Along with the gig posters, there are photos and letters, newspapers from momentous days in history, vintage books, old signs, carriage lamps, stone tankards, barrels, sugan chairs, three-legged stools, church pews and so much memorabilia both from the music years and from various periods in history.

Throughout its years in operation, the Merriman has been like an ever-evolving museum, as the collection grew year on year. My parents always loved auctions, so along with the wealth of treasures amassed in the bar, the house I grew up in is also packed to the rafters with antiques, furniture, paintings, crystal, military artifacts, stoneware, pottery – each room contained something (or several things) of interest, and you could spend happy hours of discovery without ever getting to see all the amazing things they collected over the years. 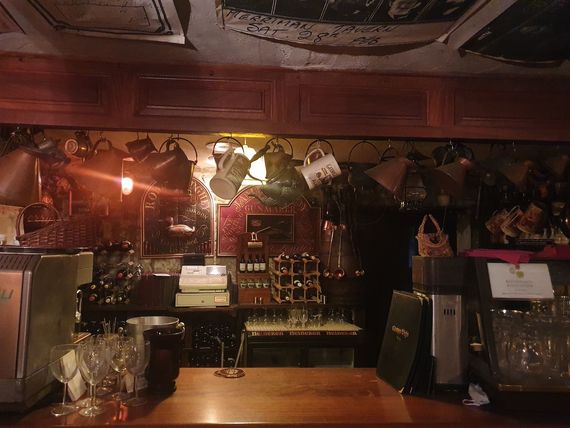 My father was a larger-than-life character with a huge passion for both Irish music and history – and when he died after a very short illness in 2015, we were sort of stupefied in frozen disbelief as it was so unexpected.

We locked up the place and I found it easier to stay away rather than confront the reality that he was no longer there hanging up some relic he had found somewhere, lighting an enormous fire in the grate (invariably with a table leg or half a church pew used as kindling) or planning a monumental gig of epic proportions for some date in the future.

But now that we are coming up his 7th anniversary, the time has come to admit that there is no going back – my dad is gone, and the Merriman Tavern will never open again.

So it was with a heavy heart that we began the mammoth task of packing up all the antiques, memorabilia, and furniture (not to mention the memories) to send off to auction.

Initially, it was very emotional and was also extremely daunting, but the trick was to concentrate on one small area at a time and not look at the job as a whole. As the weeks went on and the boxes began to pile up, we were ready for the first truckloads to be collected and after that, we got into our stride. There is something very rewarding about physical work, and as well as the satisfaction of seeing the fruits of your labor, it was also quite cathartic and a means of finally coming to terms with something I had buried under layers of every day minutiae.

Along with the bar, which is a modern-day Aladdin’s Cave, my childhood home was also packed full of treasures my parents had bought throughout their marriage and paintings my mother has done over the years (she was a well-known name back in the day, commissioned to paint presidents and dignitaries with her exhibitions opened by politicians and nobility). This hugely emotive task was left mainly to her as deciding which personal artifacts to keep and which to give away, was something only she could undertake. 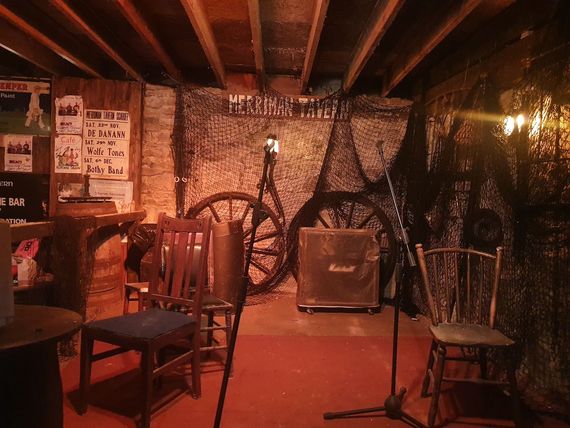 So now, after months of clearing, sorting, dismantling, moving and packing, we have finally finished the arduous (both physical and mental) job of not only clearing out the family home but also closing down a venue that still holds a very special place in so many musical hearts.

It was undoubtedly poignant, but the time has come to move on, and I hope the items going under the hammer will bring a little snippet of joy to some of the many people who performed, visited, and experienced those seemingly halcyon days.

The entire contents of the Merriman Tavern in Scariff, Co Clare, will be going under the hammer on April 23rd from 10am with both an online and onsite auction.

The site is currently open for anyone wishing to register to bid.