At the (Irish) movies with Jack

Matt Damon recently recalled a fascinating Jack Nicholson moment from filming ​The Departed - what would Nicholson say about these Irish movies? 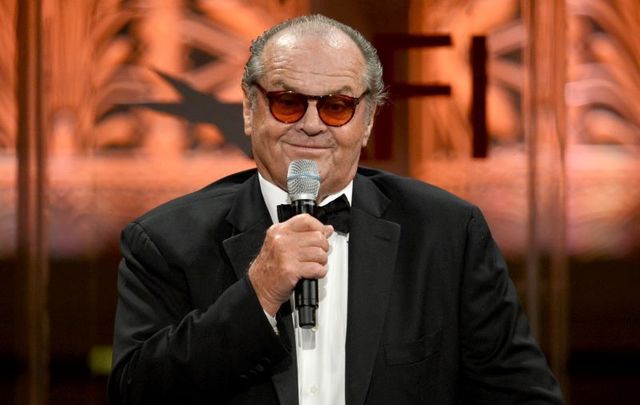 What do you do when it seems like half the world’s forests are on fire? And it’s raining 500 or so miles above the Arctic Circle, because it’s too warm for snow?

And when efforts to end a “forever war” halfway around the world elicit shock and outrage, because some folks apparently want the war to drag itself out just a few days short of forever?

What do you do? You go to the movies! To have some fun and stale popcorn, and fake butter and forget all your troubles!

And by movies, I mean Netflix or Hulu or anything with a plus sign at the end of it. Because...global pandemic and all that. Because there are apparently people waiting for the vaccine incentives to rise above a cool million bucks. Because what other foolish reason would they have for basically ignoring aspirin amidst a splitting global headache.

Anyway, you may have heard that movie star Matt Damon revealed some interesting details a few weeks back about fellow thespian Jack Nicholson.

While shooting the 2006 Boston Irish crime drama The Departed, it seems that Nicholson made a few, um, suggestions. About a scene in which he and an accomplice named Ray execute a woman.

“If you keep the camera rolling,” Damon recalled Nicholson saying. “I turn to Ray and I say, ‘Geez, she fell funny.’ Now, that’s a very sinister line. It suggests that I’ve done this before. There’s a way that people fall.

Well, I did some digital digging and it turns out Nicholson actually has a history of making such suggestions for Irish movies. Don’t you go looking for these, because Jack’s a little shy about his artistic process.

Only us big-time columnists can find showbiz inside dope like this. But trust me, you’ll never look at these Hollywood classics the same again.

Brooklyn: “Does the IRA back in Ireland know this lassie is strolling around Coney Island with an Italian fellow?” Jack reportedly asked the movie’s Irish director John Crowley.  “Does it really matter if the family ain’t tied up with the IRA. Tie them up with the IRA! Those guys are into kneecap stuff ain’t they? That’ll work. On a roller coaster. And keep the camera rolling.”

The Brothers McMullen: “However many of these brothers there are,” Jack reportedly said to writer/director Ed Burns, “add two more. And midway through the movie -- keep the camera rolling -- put two of them in a Chevy Nova speeding towards a tall cliff. I don’t know, find a tall cliff on Long Island! And their speeding towards it. Why? Cuz they’re brothers but they still wanna f*** each other, that’s why! Catholic repression and all that!”

My Left Foot: “Jeez, you think it’s a sad movie now? Wait until this poor lad looks at the wrong guy the wrong way and meets two of my oldest and noisiest friends -- Black and Decker.  Chop, chop!  Let’s see this Christy Brown smoke a cigarette then!”

Angela’s Ashes: “The IRA into burning up corpses? Because there’s no rule that says Angela’s gotta be the only one burnt to ashes.”

The Field: “Look, I don’t care if Bull McCabe or anyone else gets all these acres and acres of rocks and spuds or not. All I know is you got all that land and you ain’t burying no bodies in it? You wanna sell any tickets or not?”

The Quiet Man: “My God, again with the fighting over the land! You know what? Get this Sean Thornton and the sexy redhead on a boat back to Pittsburgh. And have the brother follow them. And get them some guns! But make sure when the hit comes, the brother falls real funny. And keep the camera rolling!”