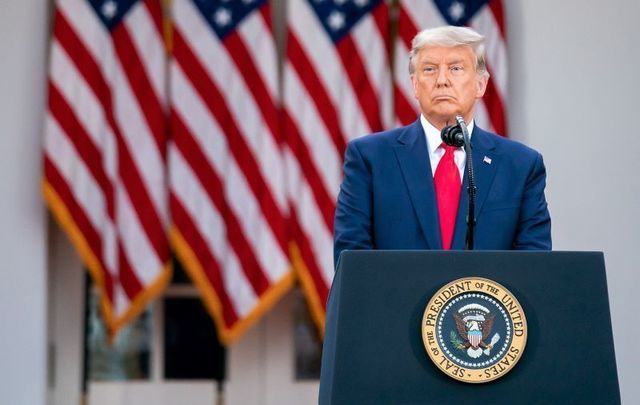 Excuse me this week if I write about two mighty Irishmen, Mike Kelly and Sean Parnell.

Sure aren’t they likely lads, Mike a congressman in Pennsylvania if you don’t mind, and Seanie barely losing a race to Democrat Conor Lamb for a House seat also in Pennsylvania.

And what have these two likely lads been up to you ask? The devil’s business says I, and they even have people believing their malarkey.

Mike is so in love they say if King Trump passed wind Mike’s glasses would fall off.  Seanie too would occupy that nether space where Mike is comfortably ensconced, if only he could muscle past that other great Irishman, Sean Hannity. ‘Tis the truth I’m telling you.

Anyway, Mike and Sean have been acting the mick over the past few days.

You see, they don’t believe Joe Biden won the election.  No, no and no.

Shure wasn’t there a vast conspiracy as wide as the Irish Sea involving thousands, including the dead dictator Hugo Chavez of Venezuela who, snakes alive, rose from the dead and God be my witness, didn’t he invent a magic voting machine.

God blast his evil soul, but this class of a voting machine put together by Hugo’s ghost was able to count votes to itself and change votes once you put your ballot paper in. Nearly all the votes for Trump became votes for Biden.

Bejaysus but brave Mike and Seanie were having none of it at all, at all when they heard Sherlock Sid’s proof of the case.  Shure a fake voting election machine was the devil’s work entirely.

Millions of votes changed, Trumpie screaming like a diapered child in need of changing – ‘twas time to do something about it.

‘Twas easy enough, this yoke called democracy was around long enough. How about making sure that Donnie and the boys win every election?

To hell with that eejit Lincoln asking at Gettysburg whether the system “of the people, by the people, for the people” would survive. No, God blast it, it was around long enough and was most inconvenient at times.

“HARRISBURG (KDKA) — Congressman Mike Kelly and congressional candidate Sean Parnell are requesting the Commonwealth Court of Pennsylvania to declare universal mail-in voting unconstitutional in the state and deny the votes of the majority of Pennsylvanians who voted by mail in the November 3 election.

“Instead they asked for the Pennsylvania General Assembly to choose the electors and compensate the legal costs of the plaintiffs.”

What a superfecta! Cancel democracy, let their own boys do the voting, help make Turnip Trump president and get their legal costs back!

Shure nobody would notice the General Assembly was dominated by Republicans who would vote for Trump -- at least in Seanie and Mike’s fairy dreams.

Well, dear reader, they filed the lawsuit.  And what did poor Mike and Seanie get for their troubles?

Abuse I’m telling ya. One guy, Norm Ornstein, a noted political scientist, wrote about Mikey and his lawsuit:

“Mike Kelly. Another candidate for worst member of Congress. He won’t win the honor, because of so many other contenders, but this is quite a bid.”

Oh Lordy, that’s all the thanks, along with bags of Twitter abuse that Mike and Seanie experienced. Their lawsuit has the same chance as Mikey being accepted into Mensa.

And to think they are Irish, with one of them, Parnell, bearing the same name as one of Ireland’s greatest heroes, Charles Stewart Parnell, a vivid champion of democracy and Ireland and of winning Home Rule by persuasion, not violence.

When Trump writes his next book, The Art of the Steal, I hope he mentions Mike and Seanie.  Never did two Irish lads sink lower than a fat leprechaun’s belly to serve their corrupt master.

Let their deeds live forever once they clamber out of Trump’s behind.