All good British it seems wear the poppy to remember their war dead. Woe betide any person who casts aspersions on all the glorious military conflicts the British have been involved in. 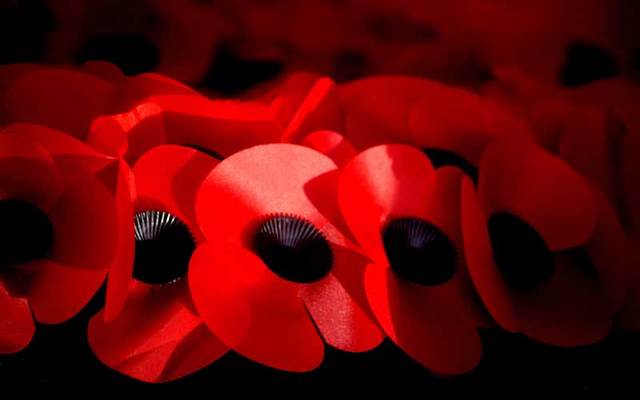 I see the poppy fascists are out in force in Britain on the anniversary of the First World War.

All good British it seems wear the poppy to remember their war dead. Woe betide any person who casts aspersions on all the glorious military conflicts the British have been involved in.

The whitewashing of wars like Northern Ireland and Kenya exist uneasily beside their herculean efforts to stop Hitler. All wars are not equal.

The First World War was an abomination, started over a dispute between the Kaiser in Germany, the Tsar in Russia, and England’s king. A dispute among cousins led to the bloodiest conflagration the world had ever seen at that point.

It was a blood-filled massacre on a thousand battlefields that left millions dead and ravaged and led to the even bloodier Second World War conflict.

So I’ll wear my own poppy when the British wear an Easter Lily remembering the Easter Rising of 1916 dead – that is it, pure and simple.

Beside that, Patrick Pearse’s 1916 Rebellion with 446 killed was like a rounding error for the First World War casualties.

On a point of principle. I would not want to commemorate it, no more than I would the Vietnam War here, which I regard as the closing kick of American paranoia about communism in Southeast Asia.

No way should it be remembered and treated as some kind of antiseptic heroic deed from long ago.

So count me out poppy fascists - unless you wear the Easter Lily too.

Irish international footballer James McClean, whose family comes from Derry, has caused a firestorm every year when he made clear his opposition to celebrating the British Army and all its works based on what his family went through.

Read More: Why we need to remember Ireland's forgotten dead in the First World War

It is poppy fascism gone mad. John Snow, the distinguished British commentator, refuses to wear a poppy for that very reason, as he rails against the poppy fanatics who regard not wearing one in honor of Britain’s war dead as close to treason.

Objecting to glorifying a needless and horrific conflict should be welcomed not shunned. Unlike the Second World War, the First War was utterly avoidable,it was no glorious adventure but instead the killing of millions sent to their death by their “betters” in pursuit of a colonial expansion victory.