James Joyce, the dinner, The Dead

I spent last night back in Ireland on January 4th 1904 to be exact. We were in a nice Georgian house on Dublin’s' south side and we had lots of company and intrigue to keep us happy. 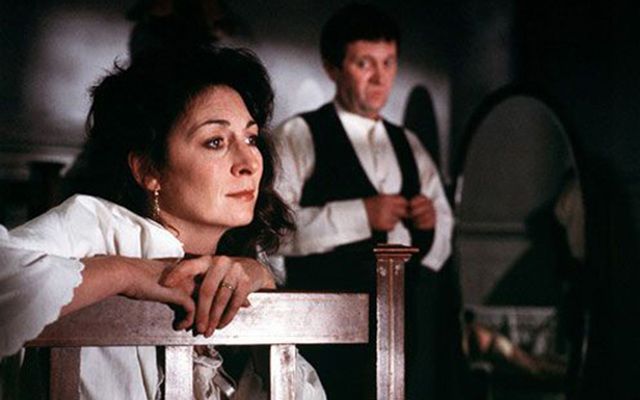 I spent last night back in Ireland on January 4th 1904 to be exact. We were in a nice Georgian house on Dublin’s' south side and we had lots of company and intrigue to keep us happy.

Actually, I was at the annual "The Dead" dinner hosted by Irish Consul General Niall Burgess at his magnificent apartment in New York.Other guests included actors Gabriel Byrne and Jim Norton and writer Colum McCann who recently won the National Book Award.

"The Dead" is among the greatest of all short stories written by James Joyce. It recounts the events on that night in 1904 at a post-Christmas party in the home of elderly relatives of the main character Gabriel Conroy, who many believe was based on Joyce himself. Some say it is Joyce as he might have been if he stayed in Ireland, a slightly fussy schoolteacher with writing aspirations.

The theme running through the short story is how the dead continue to influence the living, even though they are long gone. The closing passage as Gabriel looks out over the snow and contemplates his mortality is among the finest in literature.

The menu last night was the same as was served in Joyce's story and the conversation was lively and fun. A tenor sang ‘The Lass of Aughrim" which is also sung in the short story --and in the movie made by legend John Huston -- you can get it on DVD.

Get it if you can. Niall Burgess has created a tradition unlike any other Irish one in America with his annual Joyce dinner. It was hard to step back into the 21st century immediately after. A wonderful night was had by all.