Top Irish politician lashes out at supporting Irish undocumented in US

Fianna Fáil's Niall Collins is calling the Irish Government hypocritical for supporting undocumented Irish in the US at a time when there are thousands of undocumented immigrants in Ireland. 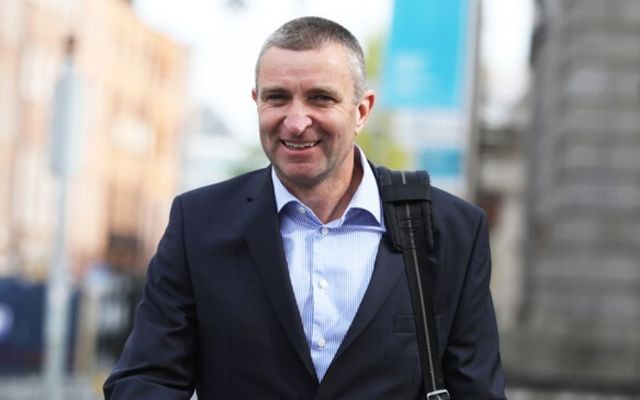 It looks like the Irish undocumented in the US will get far less of a hearing if Niall Collins, a prominent Fianna Fail TD tipped for a cabinet post in the new government, gets his way.

At a time when the undocumented in the US need help more than ever and find their lives in tatters without jobs or a future, Collins is calling the Irish government hypocritical for continuing to care for them when Ireland has its own issue with undocumented.

Let me introduce him to Michael, a bartender in my local, mid-thirties, undocumented, married to an undocumented Irish woman, both now out of work with no end in sight and three young kids to boot.

There are hundreds of Michaels in New York now and thousands across the country who need help desperately because their undocumented status means they can get no benefits and no work. Believe me, the situation is dire for a large number of them, especially in the bar and construction businesses.

The New York Irish community recently raised $300,000 for them aided in large part by the local Irish Consul Ciaran Madden, who did a remarkable job helping with donors.

That collection “put food on the table.” Michel said, but he has no idea how long it will last or what he and his young family will do next.

Let me explain the difference to Mr. Collins. Employers can pay legal employees because of US government intervention, which picks up salary checks for four months, a scheme that may well be extended.

Michael’s boss cannot pay him a nickel or a dime. He is on the margins and therefore now close to desperation.

How disappointing that a prominent Irish politician should at this very moment, consider rethinking the commitment to those illegals in dire need. Are they not Irish citizens?

The issue of undocumented immigration to Ireland is a major one that needs to be treated with compassion and fairness. But it has absolutely nothing to do with Irish undocumented in America.

Niall Collins also accused the Irish State of racism on the issue.
He said: “The State is being racist in terms of not dealing with the 26,000 undocumented migrants who are living and contributing to our society and country. They may have overstayed their visa but they are now here and embedded and want to contribute to society, so we have to deal with that reality.

“We campaign for the undocumented Irish in the United States and I think we are hypocritical as a nation and as a State for not dealing with it here.”

If it is possible to be racist against your own, I’d accuse Collins of being racist towards undocumented Irish or, at the very least, utterly uncaring at the worst time possible for them.

There is also the issue of needing the government for a big push and needing Irish pressure for new immigration reform if Joe Biden wins the White House. It is likely to be a key issue and this is no time to lessen our commitment.

Biden has stated it is on his agenda, especially as he seeks Hispanic votes and Trump has been so anti-immigrant. We are not without hope of finally solving this issue especially if there is a Democratic-controlled House and Senate as seems very possible now.