New York businessman was deeply involved in efforts to bring a peaceful end to the conflict in the North. 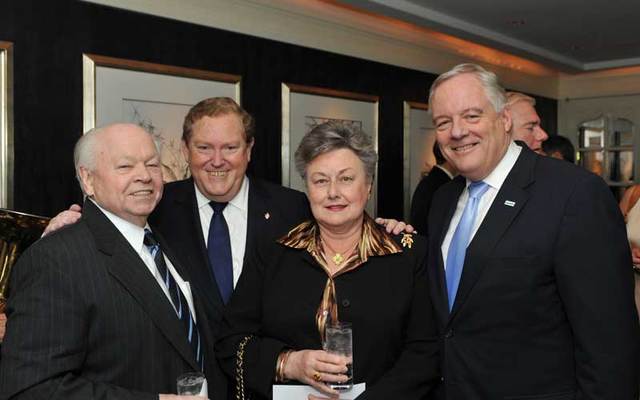 One of the most popular Irish figures in New York, John Gerard “Gerry” Toner of Garden City, NY, has passed. With him goes a great tradition of Irish hospitality and decency.

Gerry Toner, 84, was a highly successful businessman, building lucrative bar and restaurant businesses in Manhattan, forming part of that unique group of young Irish entrepreneurs like Austin Delaney and Mike Carty who transformed the Irish wining and dining experience. His Abbey Tavern on Third Avenue was perhaps his best known venue.

I remember on one occasion bringing my mother, over from Ireland on her first visit to America, into the Abbey for lunch. Once Gerry discovered who she was he pulled up a chair and for more than an hour they discussed the old days in Ireland, their family histories and their hopes and dreams for their kids. It was a uniquely Gerry thing to do, welcoming a stranger to America and charming the socks off my mother in the meantime.

Needless to say when my newspaper Irish Voice started up, Gerry was one of the first to support us, taking an ad when he was turning away business.

Gerry was pre-hipster, pre--gastro pub, pre-gentrification. He was, instead, an old-fashioned Irish host, charming, smart and everyone’s confidante. He had a store of stories to make a cat laugh about his early days in America and no matter how often he retold them they still seemed hilarious

But Gentleman Gerry was much more than just a great businessman and friend. From Belfast, he was deeply involved in efforts to bring a peaceful end to the conflict in the North.

To that end he was very close to Nobel Prize Winner John Hume and hosted the great man on numerous occasions in New York and fundraised for him so that his mission of peace could continue. He was also very involved with the Belfast-based Flax Trust charity.

Blessed are the peacemakers they say and if so Gerry has surely gone to his eternal reward.

More than that however, there are countless numbers of young Irish who owe their careers to Gerry Toner who gave them their start in the hospitality business. He never turned away a deserving cause and was always among the first to step up when benefit events were planned.

Gerry was a marvelous raconteur, always ready with the quick joke and a quote, great company and always full of life and the joy of living. Once Gerry was around. the craic was not far away.

It is fitting he saw peace in his native land before he passed as few did as much to help achieve it.

Mass of Christian Burial Wednesday at 10 is at The Church of St Joseph, Garden City, NY. Interment at Holy Rood Cemetery.

So long Jerry, you were one of a kind.