We reveal the secrets of the black Irish and yes, they do exist. 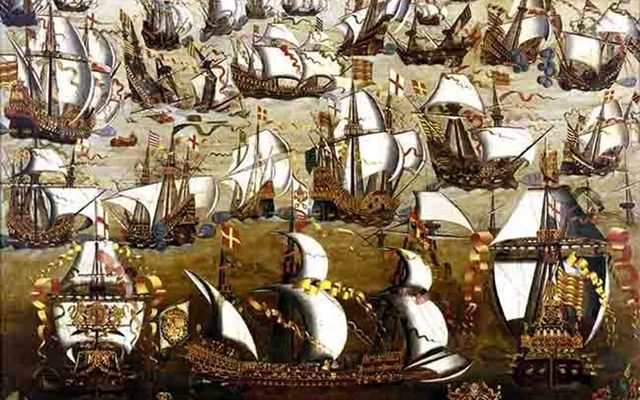 Archaeologists examine whether hundreds of Spanish Armada sailors were buried on a plot of land near Dunluce Castle on the Causeway Coast. Wikimedia Commons

There are four different kinds of black Irish very different from what people expect. Some claim there is no such entity but to believe that necessitates taking a very narrow view of what Irish is.

One argument is that there were no black Irish to speak of, the Celts, Milesians, Normans, Anglos, Scots, Welsh who created the ethnic mix that became the Irish people were certainly not black nor had they any obvious ethnic origins in Africa.

Various historians have placed the original Celts as coming from Germany, Spain, or even Turkey but no one has ever suggested Celtic Africans were likely.

But the myth has persisted that there were Black Irish in Ireland centuries ago, and some still cling to the ludicrous notion that the small numbers of men who were shipwrecked off Ireland from the Spanish Armada were somehow black and created a minor black Irish race. The fact is that the sailors from the Armada were essentially butchered when they landed onshore--with many zIrish handing them over to the British.

Which leads us to the inevitable conclusion that the term Black Irish is either a derogatory term or refers to something else altogether. What we should know is yes, there are black Irish -- at least four different kinds but they come from very different eras and backgrounds.

It is certainly true that the term ”Black” had negative connotations in Ireland ---see the term ‘Black 47’ for the worst year of the Gorta Mor.

But the origin of one group of black Irish seems more likely to refer to a derogatory term ascribed to desperate Irish immigrants by other races during and after the Famine times.

Certainly, the Irish who arrived in America sick and contagious and penniless were often compared in terms of derogatory comments to black Americans, mostly slaves, who were certainly the target of hatred and incredible cruelty from their white overlords.

It is likely that the Irish were also deeply despised and the phrase the ‘black Irish’ was applied to them, to make them seem more alien. After all, they were portrayed as drunks, thieves, gangsters, and lots more.

Now as to the second kind of black Irish as African American cultural historian Lenwood Sloan has stated, there actually was lots of black Irish children born, when the two groups at the bottom of the barrel were thrown together into the worse slums of cities like New York and New Orleans starting in Famine times.. There was considerable intermarriage but it was never called that as it was then illegal. The crime of miscegenation (the interbreeding of different races) was invented.

Indeed the Democratic Party in 1864 in an attempt to blacken Lincoln-pun intended-- and stop the Irish voting for him, released tens of thousands of poisonous pamphlets claiming Lincoln would let the blacks take over major cities and the low IQ Irish were being conned by Lincoln and better wake up and stop it and vote Democrat.

The pamphlets did show how dangerous the Democratic pro-slavery party thought the Irish /black connection was.

It was certainly there in music and dance  Historian Lenwood Sloan has written wonderfully on the intersection of jazz and African dance and Irish dancing and music that the combination created.

This is a connection that has come back to life in this era with the formation of a vibrant Irish/Black group enabled by the Irish government. Alas, after a fascinating launch the pandemic struck and mothballed the project in the short term.

Thirdly, there is a  far more insidious black Irish, the children created when black slaves were raped by Irish overseers. Kamala Harris on her father’s side has a white Irish relative who impregnated a slave on the Jamaica plantation which was also owned by an Irishman.

Cassius Clay as usual put it best and stated when he took the name Muhammad Ali "Why should I keep my white slavemaster name visible and my black ancestors invisible, unknown, unhonored?"

Then there is a far more joyous kind of African Irish modern reality. There are over 60,000 Africans living in Ireland nowadays, a far cry from when the country was homogeneously white.

Ruth Negga, Samantha Mumba soccer legend Paul McGrath are just a few examples of the offspring of black and Irish marriages but there are also many first-generation Africans making their homes in Ireland. This is a population that looks set to grow and add to Ireland’s diversity.

So there you have it. Are there black Irish? Yes, but they are not quite what you might expect. They are as likely to speak with an Irish accent in some cases as any Irish native. They are certainly adding an extra splash of color and excitement to the Irish story.