Depraved killing by evil cop will haunt America for a generation

How a routine arrest turned into a depraved murder is one of the most horrific stories of recent times. 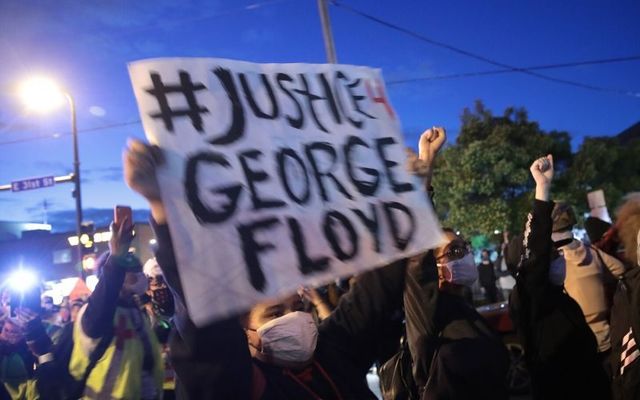 The "banality of evil" was how New Yorker writer Hannah Arendt described her reaction to attending the trial of Nazi killer Adolf Eichmann in 1961. Eichmann was chosen by Hitler as the man to lead the “final solution” by eliminating all Jews.

She was truly shaken by how insignificant and inarticulate Eichmann, a former traveling salesman before joining the Nazi Party, was. Yet, he had overseen some of the biggest mass killings in history.

In a different context, we saw the banality of evil in Minneapolis this week truly shown when Minneapolis Officer Derek Chauvin, 44, nonchalantly knelt with his knee on the neck of George Floyd and slowly murdered him by cutting off his air. His air of depraved indifference while doing it was truly shocking.

As former NYPD Chief Willam Bratton stated on MSNBC, it was the worst violence by a police officer he had seen in 50 years of policing.

For almost nine minutes Chauvin, hand in pocket, looking as unconcerned as if he was taking a morning stroll, slowly murdered Floyd who had been arrested on suspicion of using a counterfeit $20 dollar bill, as minor a crime as there is.

Read more: US should take stock of how racism has evolved following Eric Garner case

How much hatred Chauvin must have had for black people to do what he did? How little humanity must there be in his crooked heart as he slowly took the life of an innocent man?

How did he feel right after when he realized he had killed a man totally out of racism?

Clearly Chauvin was a hater, a fascist in a police uniform. CNN reported he had 17 previous accusations against him filed with the Minneapolis Police Department's Internal Affairs, according to the police department.

The crime would have been unreported but for Darnella Frazier, a17-year old girl, who shot ten minutes of video on her phone as Floyd begged for his life, called out to his dead mother and eventually passed out. There was no attempt to resuscitate him even by the arriving ambulance crew.

It is worth repeating only for Darnella Frazier the world would never know what happened to Thomas Floyd. He would have been marked down as “resisting arrest."

There is something wrong with policing in America. Fatal shootings by cops are extremely rare in, say, Britain and Ireland. This warrior and cowboy mentality is inculcated in too many American police forces. Secondly, the vast majority of cops are fine officers, but there are far too many cowboys like Chauvin who must be rooted out.

The death of George Floyd reminds us powerfully of the need for such changes in policing. It also reminds us of how evil exists in the most shocking and terrible ways.