The admission by British Prime Minister David Cameron that those killed on Bloody Sunday were innocent of any crime is an extraordinary statement. 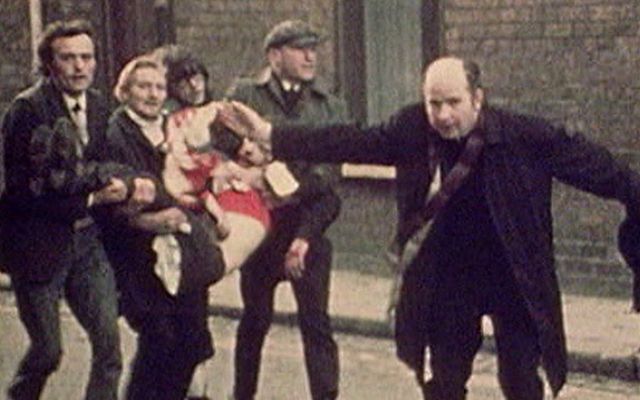 The admission by British Prime Minister David Cameron that those killed on Bloody Sunday were innocent of any crime is an extraordinary statement.

It is even more significant than Tony Blair's apology about the Irish Famine and Britain's role in it.

It speaks very well of Cameron, especially as he is a Tory leader, and that party has been very slow to admit any culpability in the past on issues relating to the conduct of British forces in Northern Ireland during the Troubles.

The sight of nationalists in Derry applauding and cheering Cameron's remarks must have made heads spin at the incongruity of it all.

The pity is that Edward Heath the Prime Minister of the day on Bloody Sunday and the Widgery Inquiry that whitewashed the killings did not use the words that Cameron used on Tuesday.

If they had the history of Northern Ireland would have been completely different.

The Bloody Sunday massacre and the cover up were the birthing pangs of the IRA.
That event and internment without trial that preceded it were the midwives of the IRA.

After those killings and the cover up the civil rights movement disappeared effectively replaced by violence in an attempt to get the British Army out.

Remember the British Embassy in Dublin was torched to the ground after Bloody Sunday as the reaction in the Irish Republic was every bit as violent as in Northern Ireland.

The police in Dublin let the embassy burn as they knew if they tried to stop it they would be attacked.

There were mass demonstrations in the U.S. Everywhere Irish blood was up.

Nationalists would never trust the British state again, yet remarkably a year or so earlier they had welcomed British troops into Northern Ireland as their saviors against the Unionist government intent on keeping them down by whatever means possible.

That ended forever that sunny but cold January day back in 1972. What followed was a quarter century of violence, much of which might never have happened if Bloody Sunday had not occurred.

At last a British Prime Minister has set the record straight.

It is better late than never