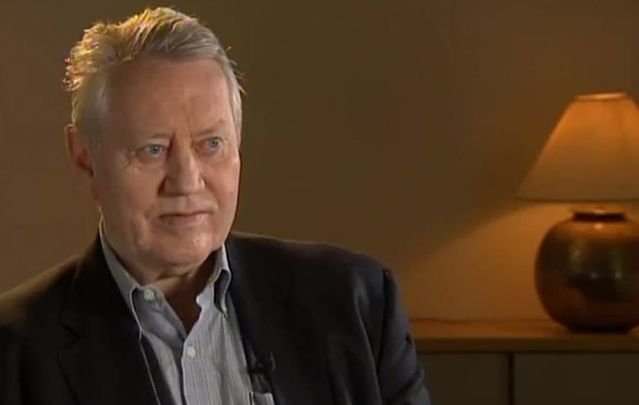 When Mark Zuckerberg announced his family gift of $45 billion in Facebook stock to his foundation he was the latest billionaire to follow the Giving While Living philosophy established by Irish American former billionaire Chuck Feeney.

Feeney has transformed the philanthropic world with his idea that funds should be committed during the lifetime of the philanthropist. His own foundation, Atlantic Philanthropies, will be out business in 2019 after donating $ 7.5 billion. Contrast that with the Carnegie Foundation that only gives away 8 per cent every year and stays eternally in business.

Feeney had long proclaimed that “here are no pockets in a shroud,” an old Irish expression,  and that helping in the here and now is preferable to dribs and drabs over decades. He is fond of quoting Andrew Carnegie that “He who dies rich dies disgraced.”

Giving While Living also morphed into the giving pledge started in New York by Warren Buffett and Bill and Melinda gates on May 5, 2009.

IrishCentral exclusively reported on that meeting, held at Rockefeller University, at the time much to the chagrin  of philantrophic experts who knew nothing about the greatest gathering of wealth in history. The event has since been dubbed “The First Supper.”

At the meeting was Chuck Feeney “Chuck has been an inspiration to both of us for many years and was living the Giving Pledge long before we launched this project," Bill and Melinda Gates said recently.

The Giving Pledge now has 137 members worldwide pledged to giving away half their wealth while they are alive. But as Buffett and now Zuckerberg have made clear they will give practically all their wealth away ala Feeney by the time they depart this mortal coil.

It is time Feeney was properly recognised for leading the way in charitable giving. What he as done has sparked billions in giving that could become a trillion dollars in philanthropic giving if the idea continues to expand.

One can only imagine the impact such pledges will have on the less well off countries and people everywhere,

i have known him for 25 years worked with him on the Irish peace process where he played a huge part. He still has that sparkle in his eye and the wish to do good and I know he was delighted to see the Zuckerberg pledge.

Priscilla and I are so happy to welcome our daughter Max into this world!For her birth, we wrote a letter to her about...

It is time the world did good by him. The Nobel Peace Prize might be one place to start. There have been winners far less deserving. Who has done more to alleviate human suffering and uplift opportunity for people than this man? I know this talk has drifted around before, now it is time to make it a reality.