McGregor has lost a huge amount of popularity in recent years as allegations of criminal behavior have been made. 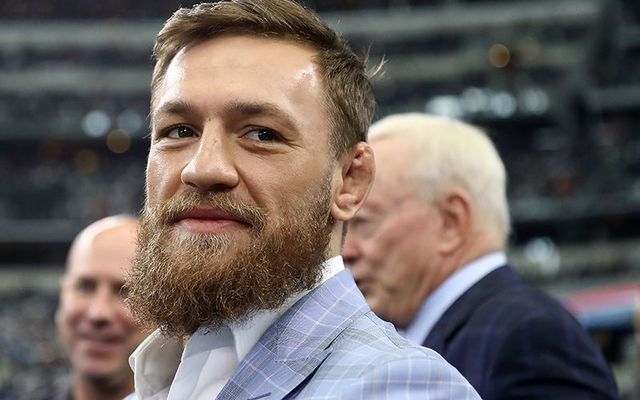 When Conor McGregor entered the octagon in Las Vegas in January 2020, there was a low expectation that a massive Irish crowd would be cheering him on.

McGregor has lost a huge amount of popularity in recent years as allegations of criminal behavior have been made.

The New York Times has reported two allegations of a sexual nature, while a video surfaced of him hitting an elderly man in a bar after he refused to taste McGregor’s whiskey.

Dave Hannigan of The Irish Times slammed ESPN for promoting McGregor as their new hero as if all was normal.

Writing of the ESPN hype he stated: “Watching it made you wonder about the creatives involved in its production. Did they ever discuss the elephant in the room, the New York Times story that, as Americans, they all read even if Irish media outlets are not allowed to report it?

“Was anyone troubled by the fact his last fistic outing was against an unsuspecting middle-aged man who had the temerity to reject his whiskey in a Dublin bar? Presumably, nobody brought up the possibility of adding a touch of cinema verité to the ad, using security cam footage of him injuring innocent peers in the Brooklyn bus attack or stomping on a fella’s phone down in Florida.”

Hannigan was reflecting a sense in Ireland among many that McGregor is drunk on his celebrity and out of control. The working-class kid who created an incredible career and financial empire has let it all go to his head.

When Business Insider interviewed two boxers in Dublin who know McGregor, they found a negative reaction. Business Insider wrote: “An Irish middleweight boxer called Luke Keeler told us that McGregor had been bullying a friend of his. When Keeler saw the footage of McGregor throwing a punch at an older man in the pub, it made him tweet what he says he knew about McGregor.”

It was not long before McGregor called Keeler. "He made a phone call to me. There was a bit of ranting and raving … I don't think he was in his right mind. I just say, like, we can have a fight, do you know what I mean? Obviously, it's a payday [for me].

"He's just gone off the rails and let himself down in several different instances. It's sad, in a way, because everyone was looking up to him."

The Irish lightweight boxer Davey Oliver Joyce also went negative. "The way he was behaving … he should be a role model to kids," Joyce told Business Insider.

"To people out of the ring you got to behave. Leave the fighting to the ring, not outside. He's turning people against him."

That is why the once fanatical support for McGregor has disappeared in his native land. It will take more than ESPN hype for him to win his reputation back.

"I won't tell him what to do. People love to see a downfall. One minute you're up there, then everyone wants to cut your legs off. Conor hasn't helped himself though. I don't want to see anyone down. Him and my daughter Katie are the faces of Irish combat sports but Katie lives the life. That's the difference."

Keeler said: "It's unimaginable the stress and pressure of being one of the most famous people in the world. The goldfish bowl that he's in … he's struggling with that and not dealing with it well. The only thing that will get him back is training, refocus. If he can do that, the public will forgive him and he can go again. It's a good comeback story."

McGregor denies he has gone off the rails. He said: "I have not changed too much to be honest.

"I am who I am. I'm committed and focused. Sometimes you need to go to certain places in life to realize what you need to do. I certainly have turned over a new leaf."

He has certainly seemed more subdued in Vegas this week, but time will tell if it is a real transformation.