Living with Lyme Disease in Ireland – an upside-down world

How does Lyme Disease feel? The symptoms and suffering endured by a mother and daughter living with Lyme Disease and being treated in New York. 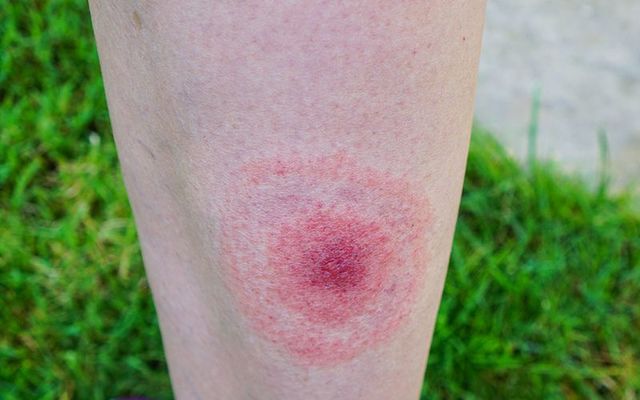 How does Lyme Disease feel? The symptoms and suffering endured by a mother and daughter living with Lyme Disease and being treated in New York.

Most of you are familiar with the Netflix series, "Stranger Things." It is an American science fiction horror, where people, mostly children, slip into portals and find themselves in the darkest of worlds. Everything is familiar but different. It is another dimension where they glimpse the real world but cannot access or communicate with it. Normal senses are disabled, fear and pain lurk behind every corner. The 'upside down' is not a safe place. Unfortunately, this is not only fiction for thousands of children, including my 13-year-old daughter, and adults, like myself. We are living in the upside down.

Chronic Lyme, although mostly unrecognized by the medical profession here, is all over Ireland. A lot has been written about testing, diagnosis and treatment but to describe what it feels like to experience it is difficult. An image that has stuck in my mind is attending the Lyme Conference in Dublin this year.

A more headline-grabbing title would have been The Zombie Conference. We are the living dead. Sofas were provided and scattered with sleeping people. Some wandered around slowly, keeping to themselves, some had carers pushing wheelchairs, some had walking aids, some were crying, some asleep sitting upright in the lecture room.

Eyes welled up as people spoke about their partner's, parent's, children's endless suffering. Visiting international doctors were swarmed upon, everyone begging for help. Thousands of euros were handed over for vitamins and herbal cures.

There was a pitiful protest outside Dáil Eireann (Irish parliament) last May. Some sufferers and family members held a large banner listing all the people who were too ill to attend. Ann Maher, a Lyme sufferer and volunteer on the Facebook Tick Talk Ireland page, is quoted as saying

“Whole families are affected from Belfast to Kerry. There is no help."

So how does Lyme Disease feel?

One 11-year-old girl, Daisy, from Athlone, could not walk or sit down for a year as Lyme was in her coccyx. Consultants happily dismissed her agony as "all in her head" and told her mother she was enabling her hypochondria. She began to walk again two weeks into IV antibiotic treatment in the USA.

This is not "ouchy" pain. This is throwing a live snake on hot coals, kind of pain.

The best description I have heard was from Simon, 24, who said: "I am unable to access parts of my brain."

Memory is wiped. This at best can make you look stupid and incompetent, at worst it can be dangerous.

There are many stories of people not being able to find their way home.

Lisa, 35, from County Clare, remembers pulling her car over and saying to herself. "I have no idea where I live" as she stared at her wedding ring on her finger thinking "Oh I'm married!."

The brain is so inflamed, it struggles with simple tasks.

Word substitution is common. If it can't access a word it needs it picks a similar one. Instead of "I will see you tomorrow" I ended a meeting with "I will see you yesterday."

Sarah, 19, from Carlow, was unable to leave her bed for nearly three years until she got diagnosed and treated in Germany. She never completed her Leaving Cert.

This is not the "Yawn! I'm so tired" kind of fatigue. If you have had an anesthetic you know that moment when you are lucid, but it feels like lead has been pumped into your veins. If there was a tsunami there is no way you could hoist yourself off the table and run. That kind of fatigue. At times the lead feeling subsides, and you can drag yourself around, zombie-like, looking vaguely normal, everyone thinks you look 'fine’, but you are paying with an energy you borrow from the future.

Regan,14, described it as "The off switch is totally broken."

After three weeks of virtually no sleep, constant panic attacks and seizures my daughter, 13, met a lovely nurse, Sarah, in Galway hospital. She said, "I have no idea what is wrong with you, but I do know you need to sleep."

Antihistamine tablets helped in the short term, but their effect soon wore off.

Simon, 24, explained that at night with no distraction you are left with your misery, your pain, the life you have lost and your fear of the future.

Nothing seems to help—warm baths, warm drinks, herbs, medications, hot packs, cold packs, essential oils, videos, no videos, attempting to exercise in the day, no exercise. If you do fall asleep it is common to wake in the throes of a panic attack with hyperventilation as your body tries to flee from the terror.

In common with many, Laura, 13, suffers from postural orthostatic tachycardia (PoTs) leading to fainting and collapsing. Going from lying down to sitting up is such a strain on the heart that it can lead to losing consciousness. When doctors noticed her elevated heart rate they mistook it for anxiety. Lyme can attack any organ and other heart and organ conditions/diseases are common depending on how long you have the disease and what are your weak spots.

Lyme carditis is structural damage to the heart that can lead to death.

Bennan, 50, from Kinvara, after intensive IV antibiotic treatment, has been left able to walk, but with a dropped foot from deterioration of his Achilles. Joints and ligaments become sore, weak and deteriorate. Myelin is stripped from nerves causing neural pain and paralysis. Many are misdiagnosed with MS.

Laura, 13, was diagnosed with 'conversion disorder' constant panic attacks that were followed by seizures and passing out were dismissed as 'repressed feelings.'

Seizures were actually from a lack of magnesium due to Lyme. Many Lyme patients are told they just have depression or anxiety. They are prescribed toxic anti-depressant drugs that on top of the inflammation can cause horrific reactions—pain, hallucinations, suicidal thoughts.

When you are suffering from Lyme symptoms or the torturous effects of treatment ( the toxic 'Jarisch-Herxheimer' reaction') you lose interest in life. Everything seems dark, life is too hard, and you think everyone including yourself would be better off if you checked out.

Saoirse, 11, a multi-talented, grade-A student considered taking her own life on a few occasions to ease her family's torment and escape her own pain.

Pins and needles, shaking and tremors

Pins and needles ran constantly from my left buttock to my head. Some days I would wake up buzzing all over. Often visible tremors could be seen in my fingers.

Kate, 6, had facial twitching in her eye for a year. It was dismissed as "a habit."

Lyme patients become mysteriously allergic to food. My friends found it hard to understand why I had become so faddy. It was embarrassing accepting invitations.

“Sorry I can't touch gluten, alcohol, sugar, dairy!” What fun is that? It was easier to make an excuse. A glass of wine or grain of flour would give me a migraine that would leave me locked in a dark room in agony for three days.

In my friend's house, they all know not to open a bag of crisps within earshot of her husband, David, 52. The noise is excruciatingly painful to him. Light is so hard to tolerate he wears dark glasses most of the time and has severe weekly migraines.

An inspirational presenter, Nikki St George, a recovered Lyme sufferer, spoke at the conference of googling "can you get autism as an adult?" when she realized she didn't care about anyone any longer, had no wish to engage with people (having been a successful presenter) and had given up singing, her passion.

Another mother described seeing her child fall over and cut their knee and saying "Oh poor you" like a robot not being able to muster up a drop of empathy. This "depersonalization" makes your family all seem like actors in a play.

Virtually all Lyme patients have experienced medical professionals telling them happily "there is nothing wrong with you, it’s all in your head, buck up." But they just haven't done the correct tests. A "lovely" (by all accounts), well respected, Galway neurologist wagged his finger repeatedly at my daughter.

“This is a psychiatric case, she has anxiety, look she is shaking, I am referring her back to the mental health department.”

He was three hours late for the appointment and she was exhausted.

She tried to respond, "I am positive for Borellia, Babesia and Mycoplasma pneumonia I got my results from Germany."

"Oh, those tests are controversial," he dismissed her with a wave.

"It is the same method you use in this hospital for TB," I said. I assisted her out of the room. She was too weak to walk. How humiliating, confusing and damaging is it, especially to young people, to be treated this way?

Chronic Lyme sufferers have most of the above symptoms and more. As Lyme has worked its way around their bodies to damage the heart, kidneys, gall bladder, joints, eyes, ears, teeth, brain and disabling the immune system giving rise to various auto immune conditions. It is easy to see why doctors are struggling to diagnose it and would rather hold their position that no one actually has it.

There is one Infectious disease doctor in Dublin treating Lyme patients orally. My daughter is celiac and required IV. He has had his public patients removed because he is not following the HSE guidelines. He has a long waiting list and sticking your head above the parapet is exhausting, he is worn ragged. There are thousands of undiagnosed and untreated Lyme patients in Ireland.

The one reason I am grateful I got Lyme is that I understand my daughter's suffering. I believe I have it for five years and after treatment seem to be recovering well. She has had it for 9/10 years and has turned the corner but has a longer road to wellness. To date, I know of at least ten people in my tiny local village with Lyme.

* Mary and her daughter have been treated for the last 10 weeks at the Stram Centre for Integrative Medicine in Delmar NY. Dr. Stram uses a combination of IV antibiotics, herbal protocols, supplements, nutrition and massage. They travelled back to Galway with four months of medications this week. Her pins and needles, cognition issues and hip pain have resolved. Her daughter's PoTs has dramatically reduced, and she is having symptom free "blue sky moments," the first sign of healing. Mary would like to thank D.r Stram and his team for the wonderful work they are doing. The nearest place to Ireland to access IV antibiotic treatment for Lyme is Germany but they cannot take children under 16.