My how the Irish Catholic Church has changed

With a diminishing number of priests, the Catholic church's grip on Irish society continues to slacken. 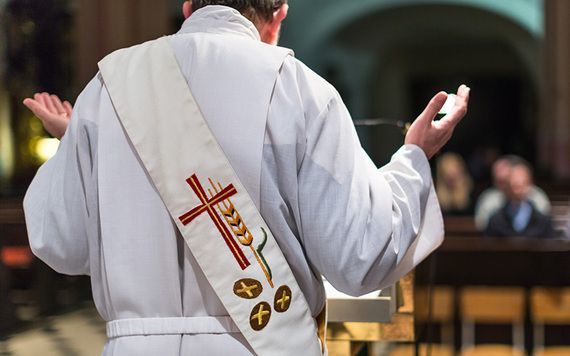 EVEN though it was a major mortal sin when I was growing up in the 1940s and ‘50s of the last century, I don't worry one bit nowadays when I miss Sunday Mass.  That was difficult anyway during the pandemic lockdown as we all know.

However, no week passes that I don't drop into a quiet chapel here in Killaloe in Clare and elsewhere on my journeys through the west. I always select a late afternoon for my visits. At that time the chapels are virtually deserted and one does not encounter any clergy at all.

That situation is a nearly incredible change from the past realities for the Irish people when the Catholic hierarchy ruled about every aspect of our lives far more totally and harshly indeed than whatever government we'd established in Leinster House in Dublin at the last election.

These reflections always come to my old mind in the empty chapels of 2021 after I've said my simple prayers and maybe lit a candle or two at a side-altar for those of the family who are now in heaven. All of them, surely, lived through the harshest strictures the Catholic Church imposed on all of us until very recently when, at last, the power ringed by Roman collars and croziers ebbed away. Deo Gratias for that.

Many of you more senior citizens over there who were born and raised here before emigrating will remember especially the manner in which we plain people suffered during the seven long weeks of Lent.

Remember? Hard-working men and women, for example, could have only one meal daily and maybe two light snacks called collations.  Men who enjoyed a pint or two were actively discouraged from indulging during Lent.

Even the children were barred from having their usual candies and comics until Lent was over. Remember that?

Worst of all for the rising generations was the fact that dancing in the ballrooms where romances flourished to the rousing music of the showbands was banned too. There was just one night when dancing was allowed by the hierarchy, and that was St. Patrick's Day celebrations.

As a result of that ban the big showbands who could afford it had to leave the country altogether each Lent. The smaller bands were forced to simply stop playing for the duration at considerable cost to themselves. Remember?

The new reality which is to be welcomed is that the chapels are empty because the Catholic Church of Ireland, once all-powerful, is now rapidly aging and its priests dying or retiring at an escalating rate which means many parishes no longer have the traditional parish priest in residence.

Would ye believe, for example, that Caherdaniel parish in Kerry, the home parish of Daniel O'Connell who successfully fought for Catholic emancipation for the Irish long ago, no longer has its own parish priest? It has to share the visiting services of a rapidly diminishing group of aged clergy with other areas like Valentia and Waterville.

At the other end of the scale, too, according to a recent statement from the Bishop of Kerry Ray Browne, there is a very sharp decrease in the number of new vocations to the priesthood.

Those are some of the reflections which come to me today as I sit in the empty churches of Ireland 2021.  I was an altar boy in Arney chapel in Fermanagh as a youngster and always recall the Latin lingo we had to learn to do our work properly beside the parish priest who was always in total control of his flock.

And I remember that girls were not allowed to serve on the altar back then either in that different world from which, thank God, we've at last escaped.

I'll leave it there for now. Stay safe until we meet again... maybe relishing the stained glass peace of a quiet country chapel with not a priest in sight.