Ireland, It’s good to be home

What’s it like moving back to Ireland? Journalist Ger Leddin gives his opinion after living abroad for seven years and rediscovering Ireland and its people. 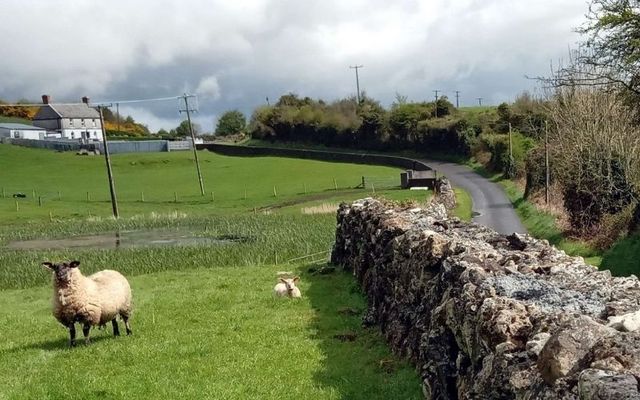 It’s not just good to be back, it’s marvellous. To be honest, I was away too long.

Yes, Spain is a beautiful and fascinating country and while it is a wonderful home to millions it never was nor never would become home to me. That’s just the way it was.

I’m Irish and the Irish, while being European, are not like the Spanish, French, Italians, Germans, or for that matter the remainder of Mainland Europe. We have a uniqueness not even shared with our nearest neighbours across the Irish Sea.

Ireland is an island perched on the edge of a continent. Our isolation has given us distinctive character traits; traits that for one I admire and missed while abroad.

Traits such as the gift of the gab, we can’t sit in a pub alone for more than five minutes without striking up a conversation. We’re humorous, we laugh at others but more importantly, we can laugh at ourselves.

The Irish are welcoming and that’s particularly important now as we welcome upwards of thirty-five thousand Ukrainian refugees to our shores. God knows how we’ll cope, but the attitude here is “we’ll pull out all the stops for them.” That may not be as poetic as “Give me your tired, your poor, your huddled masses yearning to breathe free," but the overwhelming attitude here is now it’s our turn to be generous.

After the novelty of Spain had worn off, and as the months turned into years, I became more and more in tune with and proud of my Irishness.

Is that common among Irish emigrants? It certainly was for me.

Being the only Paddy in the small village where I lived, I became enthralled with anything Irish. Radio stations, Irish social media, and Irish online news were watched and read endlessly and I practically kidnapped any transient Irish person that on rare occasions I stumbled across.

All this for a bit of conversation and connection with my own. Perhaps I should have tried harder to immerse but I couldn’t, wouldn’t? It just didn’t happen; my fault, not theirs.

Anyway, that’s all in the past and for better or worse I find myself living in rural Co Clare. And it’s good to be back.

Ireland is a great old country but as the man says, “they could do with putting a roof over it.” Yes, I do miss the Spanish sun. But you get on with it, the quality of life here, the relaxed friendliness of the people, and the way you’re just accepted make the odd drop of rain bearable.

I’m a city boy, born and raised in Limerick, literally in the shadow of Barracks Hill where Frank McCourt lived with his mother Angela. Like Frank, Limerick and I had a monogamish relationship. Both of us were happy enough with each other but as the dating sites term it “actively looking.” I had left Limerick a few times, but she always took me back.

That is, she always took me back, except for this time.

This time she couldn’t, but not her fault. You see, there really is a property crisis in Ireland, especially in the cities. Exorbitant rents are being asked for the most basic of rental properties — if you can find one — way too expensive for the coffers of this struggling writer.

But there you have it, it is what it is, and so I find myself tucked away in the “middle of nowhere” County Clare. Twenty minutes walk to the nearest village pub.

Speaking about the village pub, it was on my walk back home last Sunday evening when I realised how unique the Irish lifestyle is and how lucky I am to be living here.

I had spent the afternoon nursing two pints of creamy Guinness and watching Waterford narrowly beat Tipperary in the Senior Hurling Championship opening match. I was in the company of ‘experts’ — you’ll always find an abundance of hurling experts in a Clare pub. I was just about to leave when I heard Limerick were just about to play Cork. Ah well, “a bird never flew on one wing and one more wouldn’t kill me.” It didn’t.

As I strolled along the road toward home, I ruminated on the beauty of the surrounding countryside. This was a simple beauty, uncomplicated. Not iconic like the Burren, the Cliffs of Moher, or the seascapes of the Wild Atlantic Way, but exquisite in its own way.

A narrow county road, potholed, with tufts of grass as a centre marking and not enough room to allow two cars to pass without one having to pull into a farm entrance and give way. The sort of country road that most American car-hiring visitors will know and dread all too well.

To my right was a pond — a seasonal rain-filled hollow, around which newborn lambs bleated under the watchful eye of the mammy. Perhaps it was the few pints but God was in his Heaven and I was home in Ireland.

As I followed the loosely laid limestone walls toward my new home, two cars passed me going in the opposite direction. Their drivers tapped their horns and raised a palm from the steering wheels in that sort of Irish casual “hi, how are you doing” greeting that they do.

They didn’t know me (yet) nor did I know them, but the simple gesture of neighbourly acknowledgment lifted my spirits.

That’s the thing about Irish country people, I’m sure had they been traveling in my direction they’d have pulled over and offered me “a spin down the road.” The single tap of the horn and the slightest raising of the palm although just a simple gesture said a lot.

It implied “OK, so we haven’t yet met, but we heard you moved in down the road and we will soon get to know you.”

Irish people have an inherent curiosity. Never shy to ask you a question they are ultra inquisitive — but not in a negative way. It’s just our nature, born more from a willingness to help than a means to do you harm.

All, however, is not perfect on the Emerald Isle. While I lived in Spain, Ireland has seen three government changes and all three either have been or are presently fighting a losing battle against inflation.

It is bad. Feature articles about families on the poverty line appear daily in Irish newspapers. Beleaguered workers and hard-pressed retirees need to decide whether to buy fuel for the car or home heating. Families are cutting back on groceries as disposable income is swallowed up by a furious cost of living.

The Vincent de Paul Society, a charity set up to fight poverty, tweeted in November that over a thousand calls a week are being received from families struggling to pay utility bills.

For most, it’s not yet quite at crisis point but it’s getting there fast.

My Father, God rest him, always the optimist, had a saying when things were hard, “We haven’t died a winter yet.” You know he was right, we Irish are a tough bunch. We’ll muddle through as we do. Anyway, it’s good to be back.