The question of whether nuclear is a magic bullet that can solve Ireland's problems is a complex one. 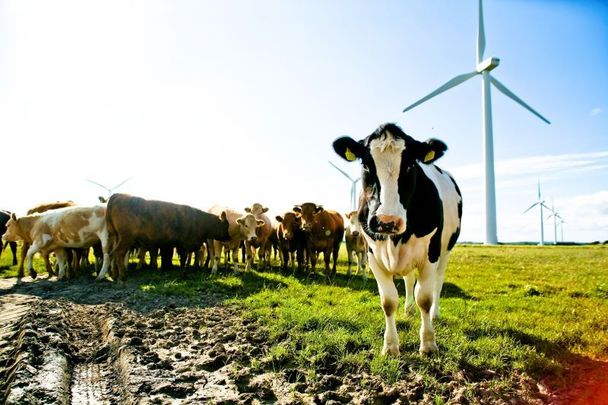 Cows in a field with wind turbines in Co Wexford. Getty Images

The call by the European Union for a voluntary 15 percent cut in natural gas use by member states has once again shone the spotlight on Ireland’s energy policy as the world scrambles to cope with Russian threats to halt supplies of the fuel.

Energy affordability and security of supply combined with increased concerns over climate change means that the thorny subject of Ireland going nuclear once again is raising its head. Even though nuclear power stations are common across Europe, it is illegal in Ireland to produce electricity for the national grid by nuclear fission.

Though in a typical Irish solution to an Irish problem, the consumption of nuclear power generated elsewhere is not only legal but is welcomed by our Green Party ministers. We shouldn’t be too surprised as moral hypocrisy, defined as appearing moral while avoiding the cost of such actions, is the currency of political life in this country.

Last year, Russia accounted for 45 percent of all Europe’s gas imports, and while Ireland imports were very little, at most three percent from Russia, the effects of any disruption will be felt in our pockets as well as in potential supply shortages.

Key to the EU’s response is the principle of solidarity which ensures a regionally coordinated and common approach to security of gas supply, and this will lead to sharing and rationing across the continent if supply is disrupted.

Why this is relevant in relation to electricity is that Ireland has placed a large bet on gas as the source of energy production. For instance, natural gas accounted for 52 percent of all electricity generated in April of this year with wind accounting for less than a third.

As we move towards more renewable generated electricity – the 2030 target is 70 percent – several new gas-fired power plants are expected to be built over the next decade as we transition to renewables as the main pillar of Ireland’s energy. These are necessary to provide as a support for wind energy on calmer days.

Wind variability is the challenge for the Irish electricity sector, and increasingly we are seeing amber alerts in the system which are warnings about low margins between power supply and demand.

Let’s look at two relatively recent events which demonstrate the unpredictability of wind power. On a stormy weekend in February of this year, more than 85 percent of the Irish demand was covered by renewable generation.

Contrast that, though, with September 6 of last year when an amber alert was instigated due to low wind levels. Eirgrid, which operates the national electricity grid, contacted the UK system operator to arrange for transfer of power on the interconnector between both countries.

But the UK operator was just about to make the same request of Eirgrid as they too, unsurprisingly, were also experiencing a lack of wind power. While capacity demands were met that day, it was a close-run thing.

This is where proponents of nuclear power in Ireland believe that nuclear has a major role to play. 18 for 0 is a voluntary lobby group whose name comes from their view that a mix of electricity technologies, including 18 percent nuclear, would minimize carbon emissions fastest so as to reach zero carbon emissions before 2040. Their view is that nuclear energy is not being properly considered in Ireland because successive governments have set their face against even considering nuclear power as an option and have enshrined this decision in law.

There are two legal barriers to developing a nuclear power program in Ireland – nuclear power stations cannot be authorized under the Planning and Development Act, and the use of nuclear fission electricity generation is not permitted under the Electricity Regulation Act. The effects of these prohibitions have had a chilling effect on state bodies which see no point in researching an option that is illegal.

This head-in-the-sand approach toward a possible solution to our electricity generation needs was defended in the Irish Senate recently. Minister for Energy Eamon Ryan questioned the costs associated with going nuclear, including long-term waste storage and disposal, as well as the reliability of the technology. Other government contributors to the debate pointed out a strong historic public resistance to nuclear generation.

Carnsore Point, a location in Wexford which was the proposed location for a nuclear plant in the 1970s, was the scene of widespread protest concerts. The campaign against the proposal made the name of some objectors including Adi Roche and Christy Moore. The Sellafield – formerly Windscale – accident in 1957 which coincided with a cluster of births in Ireland of people with Down syndrome was also raised.

Despite saying that “we will look at all the options and consider all the alternatives and not rule anything out,” the minister did just that and effectively excluded any role for nuclear power, saying that the priority was to develop a strategy to harness excess wind to generate electricity that will convert to hydrogen that could be used later.

It is important to remember that nobody is actually proposing that Ireland move to nuclear energy tomorrow. Indeed, a timescale from proposal to commissioning of a nuclear plant would take at least a decade.

What is being requested at present is a cold, hard look at nuclear’s potential in an Irish context, but even that is not possible with the current regime surrounding its legality. It’s another example of the paternalistic nature of Irish society. Our betters know what’s right for all of us and have enshrined their view in law.

It is, of course, nonsense and dogma should not be allowed to trump what is best for our economy and environment. We need a robust public debate informed by objective facts and figures.

The question of whether nuclear is a magic bullet that can solve our problems is a complex one, and in truth, there are a lot of questions that would need to be asked and answered before the majority of us would consider it. But those questions need to be asked, and brushing the issue under the carpet is not a sustainable way to plan for the future.

*This column first appeared in the July 27 edition of the weekly Irish Voice newspaper, sister publication to IrishCentral. Michael O'Dowd is brothers with Niall O'Dowd, founder of the Irish Voice and IrishCentral.