Healthcare is key to Irish unity

There are vast inefficiencies in the Irish system, especially at the emergency medicine level where significant shortages of doctors and nurses nationwide are the norm. 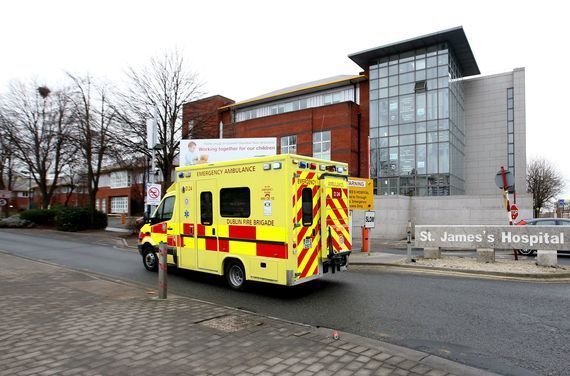 The healthcare system in the Irish Republic is considered far less responsive and effective than the “cradle to the grave” National Health System (NHS) in the U.K.

There are vast inefficiencies in the Irish system, especially at the emergency medicine level where significant shortages of doctors and nurses nationwide are the norm.  Though the NHS experiences deep flaws also, access to emergency care is far more available in Britain and Northern Ireland.

There are parts of the Irish Republic where transport and accommodation are arranged to northern hospitals because operations happen much quicker than in the south where the delays for some surgeries can last a year or more.

So why all these comparisons? Well, a very interesting poll last week set the matter aflame.

The poll showed that three in four Irish in the Republic wanted a united Ireland and a referendum on that issue as soon as possible. A far greater number in the North, 56 percent, said they would vote to stay separate.

The difference is very real, but it is not just about political issues and boundary lines and who gets to run the new country.

No, 45 percent of those who did not want unity or were lukewarm mentioned the comparative health services as one of their key reasons for keeping the six counties as part of the U.K.

It is a fascinating insight into the fact that people in the North are actively engaging on this issue, but not just in a political way.

When you think of it, health service or the lack thereof is the issue closest to being of greatest concern for anyone moving to a new country or jurisdiction.  The cost and access to healthcare may be the road Irish unity may have to drive through to reach its preferred destination.

For instance, no one in the north wants the €60 fee for seeing a doctor in the south, a fee that is non-existent in the six counties under the NHS.

Part of the Irish Republic’s problem is the fact that the government spends a fortune educating young doctors, many of whom catch the first plane out of the country knowing they can make a far more lucrative living abroad.  Their loss means that significant shortages follow, making the system far less effective.

So the recent poll showed clearly that the battleground is about far more than the politics of Irish unity. It is also now incumbent on the Irish government to get control and bring about a far more efficient health system.

Their aim should not be to demand their minority rights forever and have a veto over the majority population but to persuade by reason and by showing that they can make the North a warm house, not a warehouse, for Irish Catholics.

An intelligent unionist leader would see the reality that it's not just about the number count and set about building the links and sharing the power to drive a better Northern Ireland.

Alas, unionism has no leaders close to that caliber at the present time, so they will likely continue to fall back on “no surrender.”

But a little bit of surrender on both sides may be no bad thing. After all, the agenda for a united Ireland or not is now on the table.  Let the persuasion begin.