The director of the Irish star's latest movie, Ammonite, talks about helming this triumph of visual storytelling and the character's journeys. 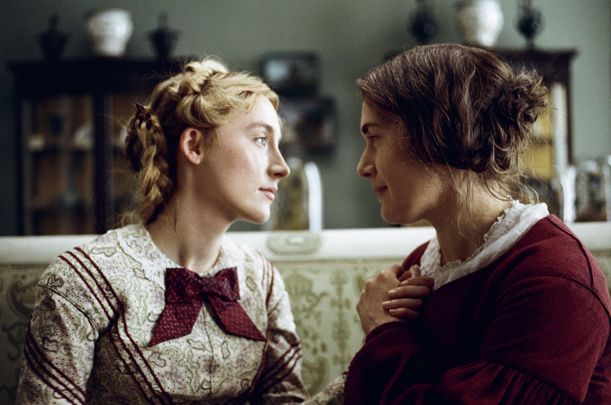 For the first time, he found himself competing with the world's press (and their telephoto lenses) as his cast members filmed love scenes on the West Dorset coast.

Ronan, 26, and Winslet, 45, are Hollywood stars but that awareness didn't factor into their casting he says, although it did introduce some privacy considerations on set as he began work on his latest film 'Ammonite', which is already a critical darling.

'Ammonite' is a fictional telling of the life of the very real 19th-century fossil collector and self-taught paleontologist Mary Anning. Born in 1799, she would spend her life in search of fossils along the beach in her home town in Dorset, a hard and sometimes dangerous life.

But his decision doesn't blur the real-life relationship between the two women, instead, it helps to highlight just how much their own time is working against them.

Poor, plain, plain-spoken, closeted, and continually passed over by the all-male scientific community that admires her scientific studies but not her sex, making Anning gay in 'Ammonite' is among other things a useful way for Lee to illuminate all of the social oppressions that robbed her of greater stature and fame. 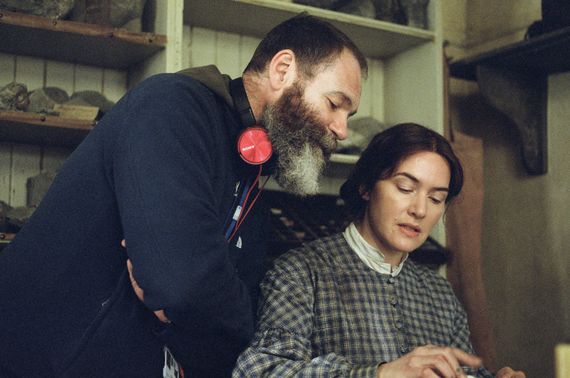 Director Francis Lee with Kate Winslet on the set of Ammonite

Meanwhile, Ronan, playing a young mother suffering from wordless depression after a stillbirth, is also silent for long stretches and so part of the joy of this film is watching these two damaged people coax each other back toward life.

For a long time neither say a word, but they always remain riveting to watch. This is because we quickly understand just how much they have to shoulder in silence if they want to be the women (and scientists) they are in a time where their identities and ambitions are so unwelcome.

So my first question to Lee has to be about the use of silence in his work, because of how important it seems to be to the stories he's telling, because he repeatedly shows us how so many oppressive structures work silently through people's lives, including in all the things that they can't necessarily talk about, like what's really happening to them. 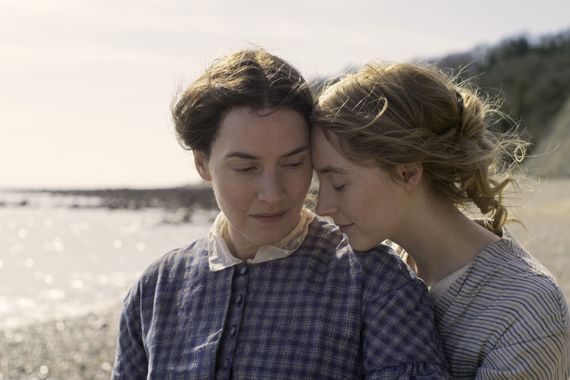 It's a northern thing, that kind of bone-deep reticence (Lee hails from West Yorkshire) that stoic reluctance to put your heart on your sleeve. There's a key scene in 'Ammonite' where Mary Anning is watching a musical recital, a fish out of water amid all the finery, and it's powerful because we know inside how enraged and jealous and broken she is.

Lee has her leaves this recital without saying a word. She walks home through a downpour. The downpour does all the talking.

"That's it," Lee tells IrishCentral. "First of all I always feel that if I can tell the story with a picture and not a line of dialogue, then I will. I will plump for the picture and that's why I love cinema, it's visual storytelling.”

“And I think there's just something about these characters that feel like they don't have a voice, you know, and that they don't feel like they can say what they want or how they feel. And they can't find the words because it makes them too vulnerable. I think you're right with the word stoic, that they have to be to survive."

"They have to keep rolling and emotion and vulnerability and being open to that is dangerous because it could prevent them from being able to survive.” 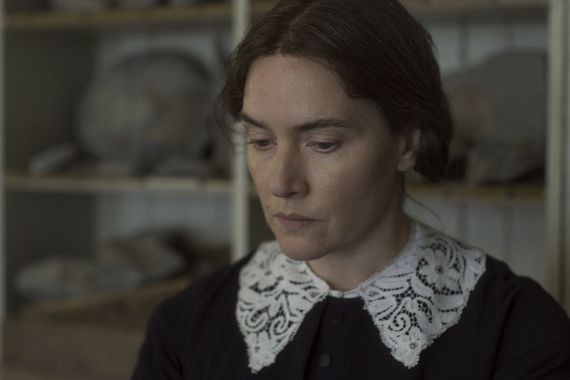 Mary says at one point -with lovely Northern reticence - to the wordlessly depressed Charlotte, "there's  f-all wrong with you as far as I can see." But she's not being cruel, or short, just factual.

“I think it comes down to that idea that Mary has had to survive. She's had a hard life. It doesn't matter if she's felt poorly or if anything's gone wrong for her. She still has to go to those beaches in all weathers and do what she has to do to put food on the table."

In his debut film 'God's Own Country' and in 'Ammonite' Lee has people from outside of the main character's world appear and take them out of themselves, and help them step back into themselves as well.

Being gay also does that for them. It takes them outside of participation and it makes them ironic and at a remove from everything around them. They become the observers of themselves because nothing's quite right. That's an element that's in both of his celebrated films.

“I was doing some reading around female relationships in the 19 century. I read all these incredible letters written between women at the time, talking about these beautiful, passionate, sometimes lifelong relationships they were having. And it made me look at history anew because I didn't know that. And it led to this idea that a historian looks at people from history unless the sexuality is confirmed, heterosexuality is always presumed.”

When I talk to English actors I tell Lee, it's almost as if they have to have a peerage and a castle now to get into acting school. Increasingly these actors are incredibly posh and I wonder what chance working-class people have to break through now?

When you work with Saoirse Ronan, there's no airs and graces about her, her co-actors often say. Was that a choice you made?

“When I was thinking about the casting, it is important to me to not just cast people because they're the flavor of the month or they've got the best agent. Both Kate and Saoirse actually are from very working-class backgrounds. It's one of those things that we don't recognize it now with those two actors because they've worked for their entire lives. Saoirse started when she was a child and Kate when she was 15 and they've just worked their asses off and got to this status where now people assume that they might not have that kind of background they did.”

The thing that sets 'Ammonite' apart is the respect that Lee gives to the scope and impact of the relationship between the two women. When Charlotte departs toward the end of the film, possibly forever, Lee films Mary watching the carriage go, then the camera follows her as she walks away home.

For a long time, we watch her as she turns and walks down the street. It's a devastating choice, to give her the respect of that gaze. Because this is the apotheosis of someone's life, and you just don't see it very often in films. Lee takes his time, he trusts the audience. It one of the images that just keep returning to viewers of the film later on, how long he lets the camera linger as she walks away.

"And the only thing she can do is sit with it. There's nothing else she can do. You know, it's not going to go away. She can't, she can't talk to anybody about it. She can't relieve it in any way. And, and there was something about keeping that take long that I felt really tapped into that feeling that I didn't want to shy away from.”

Lee talks a lot about LGBTQ plus coming of age dramas and he feels that there's so much more still to be told there about class and silence and the violence that can happen systemically, there's so much still to be explored although other people in film are saying, oh we've seen the coming-out movie. But there's still a lot more to unpack, does he agree?

“I do. When 'God's Own Country' came out in 2017, I thought it was a fantastic year because for the first time there were so many films with LGBTQ plus content. There was 'Call Me By Your Name,' there was 'Moonlight,' there was 'Beach Rats,' there was 'Fantastic Woman.' I think it's super important that we keep telling stories about the difficulties around sexuality or coming out as much as we tell the stories about what happens once you have come out. And what happens then, where do you go?”

'Ammonite' will be in select cinemas and on Premium Video On Demand on December 4.