"Bono made a perfectly legal investment in a shopping mall in Lithuania... and the 'moral' police freak out." 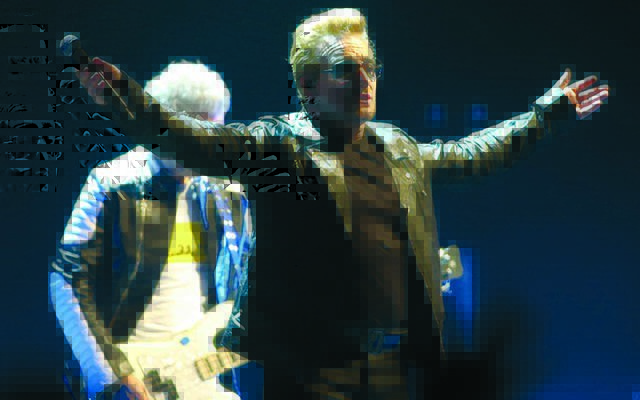 Bono, the front man of U2. RollingNews

Tax reform is at the top of the Trump administration’s goals, at least for now.  Why? Because Americans are desperate to shrink their tax bills.

Ireland’s most recent budget took a soft whack to the income taxes workers have to pay, with the promise of more cuts in the future because furious citizens are sick and tired of paying large chunks of their hard earned cash to the tax collector…which then passes it on to repay a massive Irish debt after the infamous bank bailout of a few years back.

We’ve all got to pay our taxes, there’s no denying that, and if there was a perfectly legal way to pay less tax, 99.999 percent of us would go for it.

But when “Saint” Bono invests some of his money in areas where the legalized tax rate is more favorable than Ireland’s he’s trashed for it because, his detractors say, if he paid his so-called “fair share” of tax, more money would exist for the anti-poverty initiatives he espouses on behalf of Africa.

Read more: Is the criticism of U2’s Bono warranted or does he get a bum rap?

Sure, of course the Irish government would take whatever tax money it’s not getting from Bono and hand it right over to charities working in Africa – the same government that practically bankrupted the country a few years ago with a bailout that the Irish taxpayer will be saddled with for decades.

That’s got to be Bono’s fault too in some way.   And if Ireland doesn’t make next year’s World Cup, surely he had something to do with that as well. The level of vitriol aimed at Bono, especially from some of his fellow Irish citizens, never ceases to amaze.  Why is someone who has been a force for good in the world for decades perceived as so phony?  He uses his massive platform to educate fans about the dire need in Africa, and makes friends with world leaders of all persuasions to encourage assistance and investment in the continent which would quite obviously be a win win for all of us.

Bono and U2 unfailingly fly the flag for Ireland around the world.  Surely they’ve paid millions in Irish taxes, as they should and will continue to do as they live there.

But…Bono made a perfectly legal investment in a shopping mall in Lithuania and didn’t pay as much tax as he would have if his money was kept at home, and the “moral” police freak out.  How dare he do something so hypocritical!  Bono should be throwing dollar bills out of his window, not acting prudently with his money!

When all is said and done, Bono will have done a hell of a lot more to make the world a better place than the haters who sit at their computers and try to discredit him at every turn.   These fine folk should mount campaigns to change global tax laws if they’re so worked up about “tax avoidance”…starting perhaps with Ireland, where many American companies park themselves and their profits to avail of favorable tax rates.

Maybe Apple should relocate its thousands of Irish jobs to Lithuania. Or better yet, to make our president happy, bring them back home.  Maybe Google and Facebook and all their jobs should follow suit.

And oh…Bono is friends with the heads of those American giants.  Maybe he shouldn’t speak so favorably about all the benefits his country has to offer in the future, because he gets nothing but aggro for it.

U2 got back to business last weekend in London, where the band received an MTV Global Icon Award and played a free concert for 7,000 fans at Trafalgar Square.  U2 played some old hits and some new songs from their upcoming album Songs of Experience.  (Tickets for next year’s U2 tour of the U.S. are now on presale.)

Speaking of the upcoming single “Get Out of Your Own Way,” Bono told the audience, "This song is like a protest song against yourself, really, because it turns out some of the biggest obstacles we encounter on the way to a better world is often ourselves.”

Ain’t that the truth.