Outside COP26, times are changing for Irish farming

"COP26 is just one of the many problems facing the farming sector in Ireland, with the smart money suggesting that in 10 years’ time, it will look a whole lot different than how it looks now." 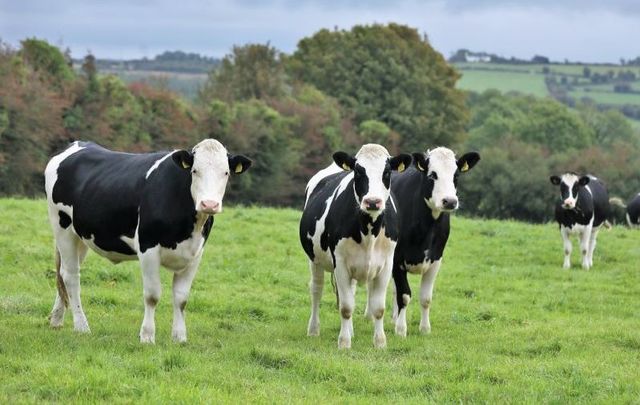 Cattle in the Leinster area of Ireland in 2019. RollingNews.ie

In the wake of decisions made at the recent COP26 climate conference in Glasgow, it is surely only a matter of time before some cattle farms in Ireland go out of business.

The commitment that methane levels worldwide are to be reduced by 30 percent within 10 years mainly targets agriculture and the oil and gas industries. In Ireland, cows are responsible for 58 percent of such emissions.

It’s a by-product of their digestive system, and through burping and flatulence, they are one of our great polluters. Consequently, most commentators believe that a reduction in cattle numbers is inevitable.

But COP26 is just one of the many problems facing the farming sector in Ireland, with the smart money suggesting that in 10 years’ time, it will look a whole lot different than how it looks now.

Dark clouds are gathering over an industry that has long been the mainstay of Irish life, especially the rural economy. To survive, farming must change its image, and farmers, long seen as conservative and resistant to change, need not only to move with the times but must get ahead of the curve.

If we look at the demographics, it’s clear that will not be easy. Farming is predominately for those who are male and grey.

That is skewed very much in favor of the status quo and has to be a starting point for restructuring the industry. Tax incentives and retirement schemes are available to ease the generational transition, but these are not working.

The other major problem is gender imbalance which sees women comprising less than 12 percent of farmers. This figure refers to farm ownership and obviously does not take into account the equal share that women play in running and managing farms up and down the country.

Here, the cultural tradition of passing the farm on to a son is deeply embedded in the Irish psyche and is still very much in play. The message is clear: farming is a family tradition and land is precious far beyond its economic value with strong emotional attachments.

As Bull McCabe said in The Field, “It's my field. It's my child. I nursed it. I nourished it.”

In this vein, it is noteworthy that in the era of divorce, prenuptial agreements are becoming very common among the farming community with the “old stagers” afraid of prized land being lost following a marital breakup.

However, the greatest threat to the farming way of life is an economic one, starting with the agreed reduction of methane. Ireland has avoided this particular target for the moment, not surprising as such a reduction would lead to an estimated cull of over 1.5 million cattle and the loss of almost 60,000 jobs.

But given the direction that agriculture is heading, it is surely only a temporary reprieve for a way of life that is under threat like never before.

There is also real concern among farmers about the EU arrangement with South American countries, the so-called Mercosur deal. Under this agreement, an additional 100,000 tons of beef will be brought into Europe principally from Brazil, tariff-free.

Objections to this are based on environmental and economic grounds. Cheap beef on the back of burning rain forests is not a great appetizer.

While production is a problem, so also are changing consumer preferences. This is not new, and the recent history of the humble potato is a case in point with changes in eating patterns leading to reduced consumption of fresh potatoes. What has taken the place of the “spud” is products such as imported frozen chips/French fries, but more significantly pasta and rice.

The change in eating patterns is led by millennials and younger age groups and driven by misplaced concerns about health benefits and convenience. One suggested response by potato farmers has been to look for brand and product ambassadors.

They feel that a few Mr. (and Mrs.) Potato Heads should do the trick. Perhaps an opportunity there for former Irish government minister and now New York-based Katherine Zappone who has indicated an interest in serving her “beloved country” in a representational role?

Bord Bia, the Irish Food Board, launched a new social media campaign in a blaze of glory last year to extol the virtues of potatoes. I checked their dedicated Facebook page earlier this week. It had just over 500 followers and the last posting on it was 12 months ago.

No great commitment and enthusiasm there. More like an admission that it’s a lost cause from the very agency that should be supporting the friendless spud.

The farming community is desperate to ensure that beef doesn’t follow the same trajectory.  While there is no danger of that happening anytime soon, with beef prices at a cyclical high, nonetheless, there are warning signs in our premium markets, Ireland and the U.K.

Once again it is the millennials that are key to shifting tastes as they move to plant-based foods with vegetarianism, vegan, and flexitarianism on the rise, but an even younger generation are influencing choices too. Buying preferences are being swayed by animal welfare issues, environmental impacts, costs, and now, also, the kids.

The defense wagons are being rounded up by the Irish Farmers Association (IFA). An extremely professional and influential organization, they are past masters at governmental and EU lobbying.

However, when secondary school students are being told as part of their curriculum to consider “Meatless Mondays” and students are recommended to pledge to cut back on meat and dairy, then they must know that the sands are shifting beneath their feet.

There is plenty of analysis as to what needs to be done. The introduction of innovation and technology needs to be accelerated to combat the problems of climate change.

Smallholdings will have to accept that unless they can identify niche market opportunities, they have no future. An old and male farm community will have to reach out to future consumers, not through policy statements and behind-closed-door briefings in the corridors of power in Brussels and Dublin but through key social media influencers that can challenge a skeptical public.

Step up to the plate then people like 17-year-old Lauren Ennis from Co Offaly, who has a TikTok following of over 71,000 people. She posts what she calls “culchie TikToks” and her message to us all is loud and clear: a woman’s place is wherever she wants to be, and where Lauren wants to be is on the farm.

She is not alone, and there are plenty of young people, male and female, ready and willing to take up the challenge of creating a sustainable future for themselves in farming.

There are rocky days ahead for those who love the land, but with people like Lauren, there is some hope that the future will be bright.

*This column first appeared in the November 17 edition of the weekly Irish Voice newspaper, sister publication to IrishCentral. Michael O'Dowd is brother to Niall O'Dowd, founder of the Irish Voice and IrishCentral.