The Tender Bar and the Irish uncles who helped inspire screenwriter

The Tender Bar is the new film about one young writer's real-life journey from a working-class neighborhood in Long Island to Yale University, echoing aspects of the Oscar-winning screenwriter William Monahan's own journey. 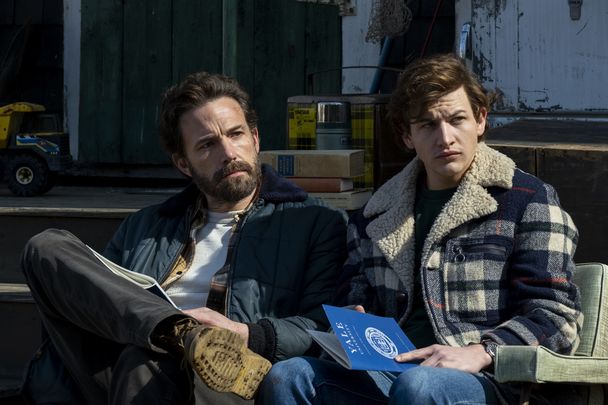 Still from the Tender Bar. Amazon

Irish literature is filled to the brim with stories about disappointing fathers. Think of Frank McCourt's Angela's Ashes, or Brian Friel's Philadelphia, Here I Come! or John McGahern's The Dark, for example.

No one would call these flattering portraits of Irish manhood. No one could even call them parenting. They were simply unforgettable pictures of some self-absorbed men who, when not being completely selfish, simply refused to see how their actions affect others.

So throw a stone in an Irish library and you'll hit another bad dad story. It's only really news when you read about a good one. 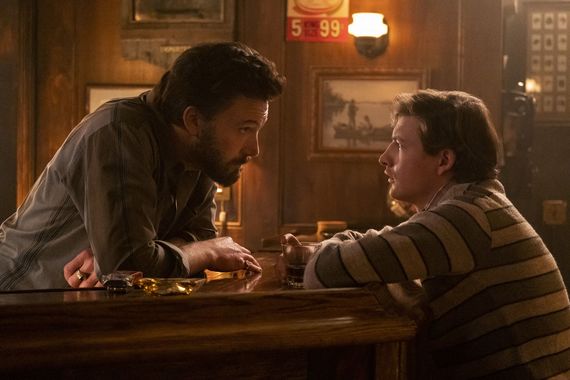 Ben Affkeck and Tye Sheridan in The Tender Bar

So what makes the new film The Tender Bar (which opened Friday, December 17) unusual is that in this story the young man's whole family gets involved in his life-changing effort to wipe the slate clean and start over somewhere better.

Based on the affecting 2005 bestselling memoir of the same name by J.R. Moehringer, the film shows us that your family can come in more forms than one and that true fatherhood need not necessarily involve the man who helped beget you.

“What interests me about this story is that this boy (played by Daniel Ranieri, young and Tye Sheridan, older) called J.R. is from a working-class family and yet everybody he knows is behind him,” Monahan, 61, tells the Irish Voice.

“And that's what sort of broke my heart about it. It's the only time I've ever seen a story by a first-time writer where he doesn't throw his family or his circumstances or his friends under the bus.” 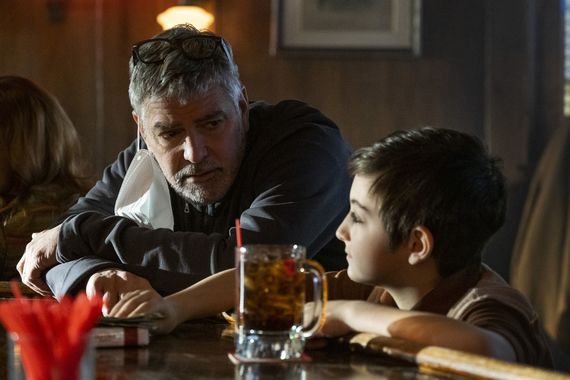 What gives The Tender Bar such a lived-in feeling from the opening scene is that it's essentially a true story and the bar in question was a real place. But when J.R.'s uncle Steve (played by Ben Affleck) opens the local bar he called it Dickens, named after the famous Victorian writer.

“Such a blatant display of Anglophilia didn't sit well with every Kevin Flynn and Michael Gallagher in Manhasset,” Moehringer writes in his memoir. “They let it slide only because they so thoroughly approved of Steve's Cardinal Rule of the Barroom: Every third drink free. Also, it helped that Steve hired seven or eight members of the O'Malley clan to bus his tables and that he took pains to make Dickens look as though it had been shipped brick by brick from County Donegal.”

Monahan, originally from the heavily Irish Boston neighborhood known as Southie, knows all about such bars and the men and women who flock to them.

“My Irish father and my uncles were kind of reflected in my script for The Tender Bar because I had to look for my own people in the story a little bit too. My father and my uncles were like Steve in the movie, all very literate, very intelligent men who were just in this culture where certain things were for rich people and you just didn't do them and you didn't have aspirations beyond a certain level.” 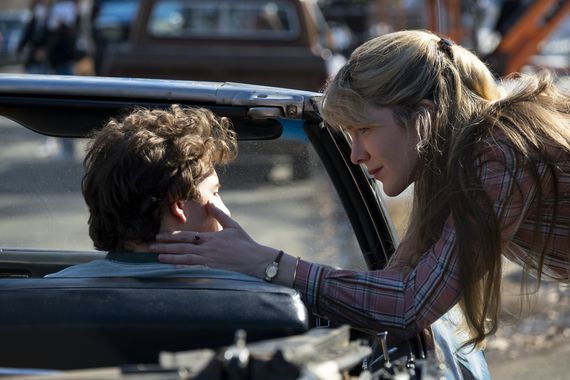 Tye Sheridan and Lily Rabe star in The Tender Bar

To these men, he says, the most important thing in life was to have a regular job. “Three hots (hot meals) and a cot (a bed to sleep in) was what they asked of life. Everything else was just vanity and vanity is a sin. And pride is a sin. And even when we weren't thinking in those religious terms, these were all still sins. Even if you're not going to mass anymore, they're still sins.”

Monahan knows that J.R. in the film is blessed to have such a supportive family behind him, one that's at variance from many others he observed growing up. “The Boston Irish, which I'm from, could be as kind as anybody else but they could also be brutal. You know, your father will give you crap for hours and hours and hours. And then when you're at the end of your rope with him he's like, do you need any money?”

That kind of Irish cultural shorthand served him well when he was on set of the 2005 film The Kingdom Of Heaven starring Liam Neeson, which he wrote the script for. “I walked into a room and all of a sudden Liam Neeson was there. And you know we started talking about his character and I said, I see him as a guy who will just be hard on you the entire time. And then when you're leaving in tears, he'll ask you if you need any money. He's like an Irish father then, Neeson commented and I said, yeah.” 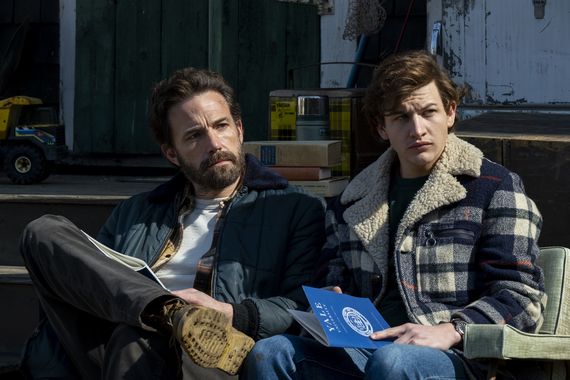 Ben Affkeck and Tye Sheridan in The Tender Bar

In his previous films like The Departed Monahan has hung around the edges of the set to ensure his script was being honored. But the pandemic and other considerations kept him away from The Tender Bar shoot.

“Who wants me hanging around eating grapes when there's nothing to do, you know? I mean, they went with the first draft and that doesn't happen usually. They just went off and did it. I mean who wants to test a non-essential person three times a day or whatever while they were going around wearing face masks and things like that. So this is first on that I wasn't on set at all.”

One of the characters that appealed most to Monahan is J.R.'s hard-working mom, played pitch-perfectly by Lily Rabe. “A door opened for women in the 1970's but there wasn't much on the other side of it,” says Monahan. “And for like J.R.'s mother and for my (divorced) mother, it was very difficult to get things going for themselves to get their income up to a certain level, to really make things work for them.

"You have these very intelligent, skilled people, who were just not making it happen for themselves when they'd been told by the magazines, by the media, that they could, that it was time to go time to get moving, you know?”

In the film, J.R.'s mother encourages her precocious son to make his own moonshot and apply to Yale University, a thing that initially seems so beyond his background or capabilities. But his uncle, his grandparents, and the entire bar think otherwise and they get firmly behind him, and suddenly what once seemed far-fetched starts to look possible.

If The Tender Bar has an overarching message it's that real talent can come from anywhere and that if you have good people in your corner there's nothing you can't do. It's a message that Monahan, from a working-class Irish background himself, personifies.

“When an uncle of mine, Uncle George, came home from his time in the air force in Japan he brought so many books with him that our library had to be built out to contain them all. And that's why I'm talking to you today,” he laughs.