Ronald Reagan was sworn in on this day in 1981, but there is no cause to celebrate his eight-year presidency. 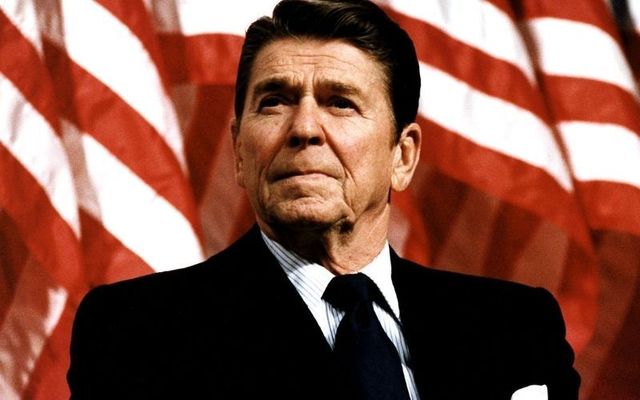 Not every state in the nation celebrates the same presidents on Presidents' Day. Originally created as a federal holiday to celebrate George Washington's birthday, it has over time become an occasion to remember all the presidents (including Abraham Lincoln) whose birthday falls in February.

Some states celebrate Washington and Thomas Jefferson's birthdays and notably leave Lincoln out. There is no national consensus about which presidents will be honored, in other words.

In fact, there isn't even a national consensus about the actual name of the day – with some even questioning whether there should be an apostrophe in “presidents”?

Ask a handful of Americans who the holiday is meant to recognize and you'll get different answers. For people who have not grown up here, there's an unsettling element of flux about this day that is remarkable.

All of this diversity of opinion about what is after all the same event has other interesting national corollaries.

In America, if you're gay, your rights can appear or disappear as you travel from state to state after all. Your rights are – or are not – what each state says they are. Even if they are bluntly contradictory.

I suppose that we shouldn't be too surprised that when it comes to transformative political figureheads, Americans like to maintain separate narratives that comport with their own views. That's how Washington gets celebrated in some states as Lincoln gets overlooked. Where you stand often ends up determining what you see.

This idea became clear to me on Presidents' Day as my conservative friends began to fill my Facebook timeline with celebrations not of Washington or Lincoln but of Ronald Reagan. His craggy and unmistakably Irish American profile filled page after page all morning, along with their own increasingly nostalgic memories of the so-called golden age of the 1980s.

Back then if you were conservative, moneyed, white, and straight, he was your unmistakable leader. But the truth is he was never quite the unalloyed success that we have since been assured he was.

When he became president the top marginal tax rate was 70 percent. By the time he left office, it had dropped to 28 percent. That remarkable giveaway massively reduced government revenue with immediate consequences.

Under his leadership, the national debt rose by 186 percent and throughout his presidency, he was never able to get the deficit under control.

His contemporaries remember that just like the top U.S. clergy, his folksy Irish American charm could hide a lot of steel. “Trust but verify,” was one of his seen-it-all-before adages. It was also a reminder that for all his firm handshaking he was far from a uniter.

I was a teenager when Reagan was president and I spent my summers in California seeing at first hand the winners and losers of Reagan's America. My Irish American relatives were ardent fans, seeing in him one of their own, and enjoying the lower tax rates among other insider perks.

But the gay people I was meeting in San Francisco in those summers were telling me another story, one of exclusion and judgment and callous indifference.

In the first years of the AIDS crisis powerful conservative voices like that of Jesse Helms were calling without censure, for gay men to be housed in concentration camps. Reagan looked on in stony silence as Helms menaced and stigmatized gay people.

In fact, Reagan refused to even utter the word AIDS until 36,058 Americans had been diagnosed and 20,849 had died. It’s impossible to think of another social group in America who would have had to die in those kinds of numbers before a sitting President even acknowledged their plight.

The truth is because so many of the victims of AIDS were gay, Reagan and his right-wing supporters viewed the disease as a divine retribution for their “sins.” In 1986, Reagan called for a report on AIDS even as he proposed cutting federal funds for research and patient care as the first treatments were just starting to make it to market. The prospect of tens of thousands of gay people was not seen as a concern for his administration.

Reagan was born in February, which to many makes him an eligible member of the Presidents' Day club. But his appalling record on AIDS and his veto of every sanction against the bluntly racist Apartheid system in South Africa paints a fat more troubling picture.

His legacy was life, liberty, and the pursuit of happiness for the conservative and the connected. For everyone else, his door stayed closed.