Roddy Doyle's new novel "Love" is his finest to date

In Roddy Doyle's new novel "Love," the Irish author explores the long friendship between the two middle-aged men as it unfolds over four decades. 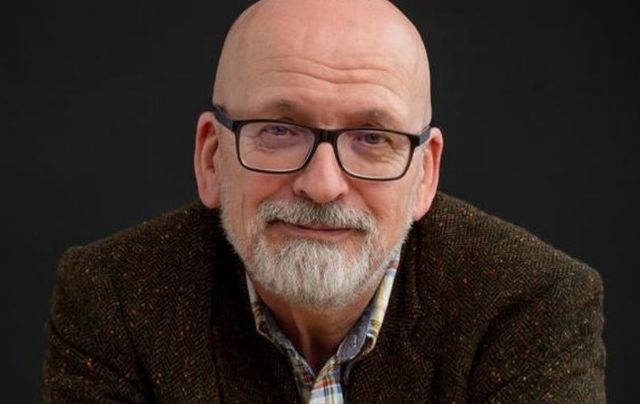 "Love" by Irish author Roddy Doyle is his finest to date. Viking Press

When a love affair from decades back gets unexpectedly rekindled, a married Dublin father must decide whether to pursue it or give it up.

Confiding in his best friend, the story and the long friendship between the two middle-aged men unfolds over four decades.

“Love,” Roddy Doyle's new novel - and his finest to date - begins with the two aging friends discussing this unexpected later in life affair that one of them is suddenly having.

You may think you know where this is headed. An aul' wan, sensing his approaching dissolution, loses the run of himself and has a pulse accelerating midlife affair.

But that's not "Love." Instead, Joe's affair with Jessica is just one part of a larger search for the one true thing that still lights him up, that will help him make some sense of this that journey we're all on. 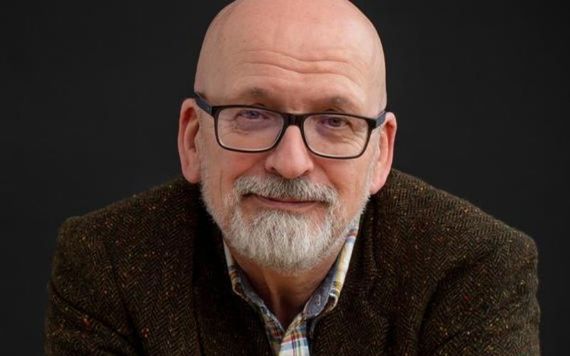 "Love" by Roddy Doyle is the Irish author's latest, and finest to date. (Viking Press)

Davy and Joe have been best friends since their late teens in Dublin but Davy lives in England now and only returns a few times a year to look in on his rapidly ailing father.

Meanwhile, Joe has recently left his wife for Jessica, a remarkable woman that both men had fallen for four decades earlier. Now in their late 50s, and they secretly admit to themselves but not each other starting to look it, in their meetings they cover what has happened and what they are going to do, or not do, about the changes they're facing.

"Love" maintains a compelling amount of distance and tension between these two old friends, whose relationship, although deeply rooted, looks at times like it might finally be heading south. Their desire to help and their impulse to judge each other are at war at times, but something always leads them away from a final showdown.

"Love" is also about the ways in which two straight, middle-aged Irish men can communicate – or fail to communicate – with each other. Booze is the common denominator, the thing that loosens their tongues and allows some feelings to surface, but booze can unmoor just as much as it uninhibits, leading them to say more than they had planned and to rub each other raw at times.

“The pub, the bar, is the natural meeting place for men of Davy’s and Joe’s generation, and mine,” says the Booker Prize winning author of "Paddy Clarke Ha Ha Ha" in conversation with his publisher Viking press.

“I meet my closest friends, men I grew up with, regularly, in our local pub. I haven’t been in their houses in years. A big measure of the move from boyhood to manhood was being served in a pub. If you could order a pint of Guinness and the barman accepted the order, gave you the pint, and took your money in return, you were a man. The young men, Davy and Joe, in George’s pub in the early 1980s are still young enough to be excited at being at home – accepted into the world of the pub. For better or ill, the link between adulthood and alcohol in Ireland is almost religious.” 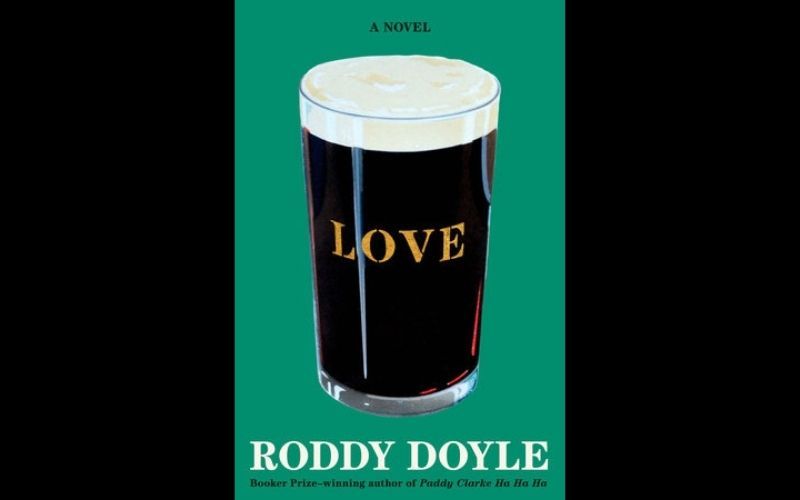 Silence is a big part of this winters tale too, the silence of sheer speechlessness at what can happen to the head and heart in this often casually cruel world. But Doyle makes time for sacred silences too, such as the silence that falls when Davey spots his dementia suffering father standing before an unlit gas heater trying hard to remember why he's placed himself in front of it. Or the delighted and secretive silence that follows the unexpected return of love and possibility to a life that has long since ruled it out.

There's more than a hint of middle-aged melancholy haunting these pages and these lives, and in fact "Love" at times echo James Joyce in its lyrical calls and echoes, allowing sadness to surface and have its say, and giving room for all the hard knocks that have often winded this pair of pals.

But behind it all, barely perceptible, is something remarkable and enduring and quite undiminished. That's what "Love" is heading towards in a manner so subtle that you barely perceive it. The language is so flowing and the story so taut that you won't even notice how deeply it has ensnared you.

“I’m 61, so have a lot of life to look back on,” Doyle admits. “It wasn’t the case when I was a young man. I never looked back. Life was in front of us. Then it happens: adulthood, parenthood, love, grief, redundancy, jobs and shifts of geography, the good and the bad stuff. The book is structured by a man who doesn’t know how to measure or gauge time anymore. Is 1980 really 40 years ago?  It doesn’t feel like it. Is the narrator, Davy, the 60-year-old man writing the novel? Yes. Is he the young man in the story? Yes – he’s that young man too, still that man. He’s both of those men, and the one man. The oscillations are the writer’s attempt to capture the sense that we are made of all the moments of our lives, not just the present moment.”

Who we are changes and doesn't change, in other words, and one of the mysteries of life is that the spirit that once erupted in you in your teens can burn even brighter as you mature. Reconciling that thought to crows feet and the missed chances and the time running out is part of this quietly remarkable and deeply subtle new book. Yes, it's just two men meeting in a pub over pints, but it breaks your heart.

In years to come tours may trace the path that these two old friends now take revisiting the old haunts of their youth on an epic one-night bender where the secrets they are keeping from each other and themselves finally get a hearing. Dublin is a character in Doyle's narrative and its ghosts speak to him as clearly as they did to Joyce.

“Like every other character I’ve created, Joe and Davy came to me gradually,” says Doyle. “I slowly got to know them, or as much as I needed to know. Whether they’re based on people I know is irrelevant... I don’t think it’s a case that men aren’t in touch with their emotions. Men of my generation and older were almost trained not to express them. I remember my father telling me about a time when he was a boy in the early 1930s, when he was fostered because he was the eldest child of a very big family; he was sent to live a good distance away with an aunt and uncle who were less than warm. He didn’t see his mother for a year. I asked him how that had felt. He shrugged. He made little of what must have been a traumatic experience, because he was expected to. A standard response to adversity is, “It could’ve been worse.”

That kind of stoic fatalism has a sell-by date of course, and Doyle cleverly outlines just how much our ideas of what a man can and cannot be have changed even within his own lifetime.

It comes too late to save the dying father in this often rueful tale, but the shared experience of his passing reveals to the two surviving friends that it is not too late for them to correct their own courses or to find something completely unexpected, peace.

So the love is the title of Doyle's masterful turns out to be the youthful flame that erupted in their hearts once and to their astonishment never diminished, bonding them to their loved ones and each other. And it's light enough to find their way home.