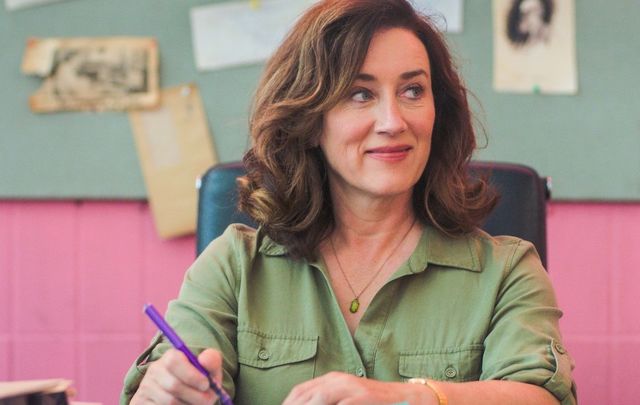 Ready for a quirky and colorful new murder series? Of course you are.

Especially if it's starring Maria Doyle Kennedy, 57, an Irish bonafide acting and singing since her Commitments days.

Playing a South African recipe and advice columnist named Tannie Maria who solves murder mysteries in between penning her series of successful cookbooks, the show "Recipes for Love and Murder" begins dramatically when a woman who wrote to Doyle Kennedy's character about her abusive husband turns up dead.

Before you can say what in the Jessica Fletcher, Maria and her intrepid journalist colleague Jessie (played by Kylie Fisher) begin to follow the clues no matter where they lead.

Set in a small but atmospheric South African town, their unwelcome sleuthing soon irritates the local police detective Khaya (Tony Kgoroge) who fears that their unorthodox methods could stir up too much trouble.

When Maria's controversial techniques eventually prove a bridge too far for Khaya, who looks increasingly unlikely to credit her efforts to catch the killer, never mind support her work, the two women realize it's up to them – and their female intuition - to break the case wide open.

Filmed in South Africa and Scotland, "Recipes for Love and Murder" looks gorgeous and takes you on a journey that's full of as many twists and turns as the dense as Christmas cake plot.

In between cooking her outrageous casseroles and decadent chocolate cakes, Maria and Jessie simply leave no stone unturned in their pursuit of the killer, but that could mean the killer is possibly doing the same to them.

Writing a weekly column that's a mix of recipes and personal advice, Doyle Kennedy's Tannie Marie uses her empathy – and her advanced cooking skills - to connect with others on a human level. That skill comes in useful when it comes to understanding what can drive an unsuspecting person to commit a desperate act. 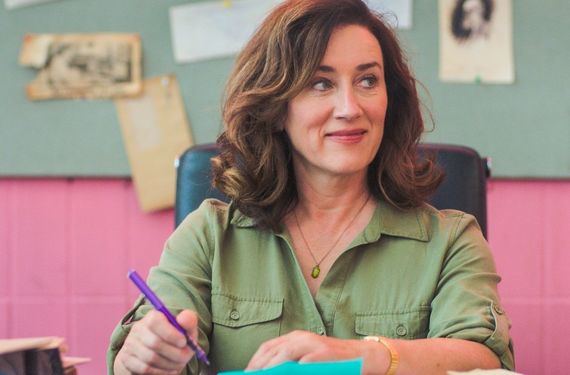 Doyle Kennedy's character is quirky, funny, and eccentric, allowing her antagonists to miss the fact that she's also smart as a whip. It's a fun role in a fun show for the talented Irish actress that will have you guessing until the final frame.

Even the contrast between the bright colors of South Africa and the much more muted tones of Scotland tells a compelling story of its own, mixing the obvious glamor of Africa with the film noir backdrops of Scotland to create a unique and compelling palette as this fun show unfolds.

"Recipes for Love and Murder" begins on Acorn TV on September 5.