During Christmas in Ireland, for a day or two, you will be living in a poem and few people are as content to live in this place between places as the Irish. 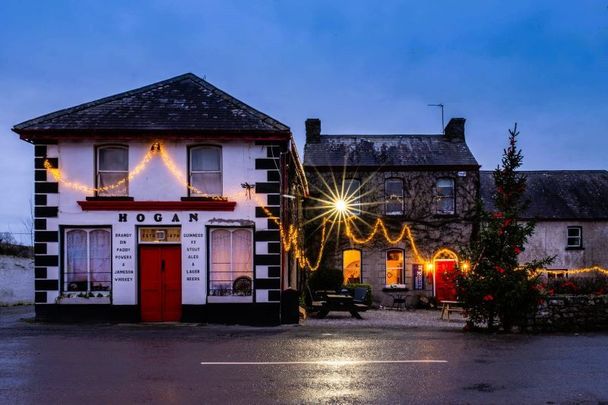 Every new Christmas contains all the Christmases of the past. That's what makes it so exquisitely joyful and sad. There's something elusive buried in its heart: time.

People exhaust themselves trying to have the perfect Christmas. Not the Irish. They know you're probably going to be buffeted by as much melancholy as joy on the day. They know it's the season. They are highly practiced in its dark arts.

Knowing this, it's no surprise that one of the greatest Christmas stories of all time was written by an Irishman, with his dual awareness of the light and dark, joy and sorrow, the living and the dead, haunting every page.

In grand Irish contrariness, James Joyce didn't set the ultimate Christmas story on the day itself, but on the Feast of the Epiphany, January 6, because his story is full of long-postponed revelations.

But you don't have to be Joyce to pick up on the strange voltage that's abroad on an Irish Christmas, all you have to do is look around the local pub or the dinner table. The most vivid people you will ever meet will be the ones it's all happening to (and include yourself in that number). 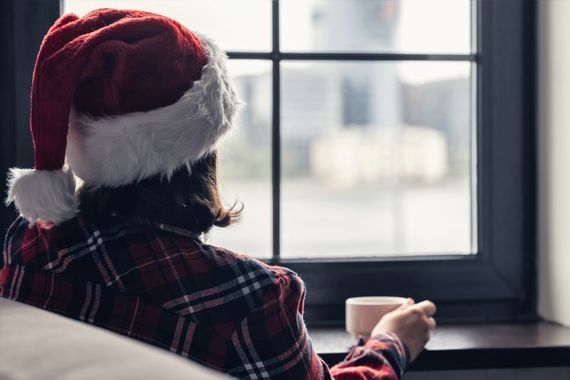 It's inescapable, all this, because every new Christmas contains all the Christmases of the past. That's what makes it so exquisitely joyful and sad. There's something elusive buried in its heart: time. You can't see it or touch it but you can most certainly feel it. It's a hidden dimension that at times almost becomes solid for a few hours or a night.

Of course, we know it's a sham. We know that the promise of the season will never be much more than that. For most of us, the idea of Christmas is like that idealized snow-covered village on the biscuit tins, it's like all those pretty but un-lived-in Victorian houses glowing with their cartoon warmth. It's not real, it's simply aspirational, it's forever just outside of our reach.

But then again, if you walk those Irish winter streets and keep your eyes up, sooner or later you'll see an old face, or hear a phrase of music, or feel a presence - or an absence - that roots you to the spot. Your heart will open. There won't be a thing you can do about it.

That's Christmas. That's the heart of Christmas. When all your previous lives cohere into one, throwing you off guard and off balance. 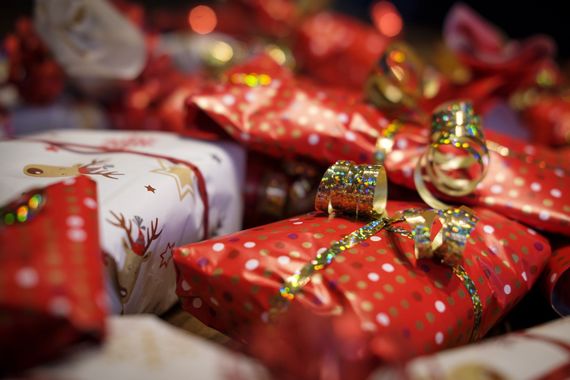 Christmas has retained its elusive magic in Ireland

It's delicate stuff, all this. In the words of Brian Friel, a celebrated writer from my home place, it can be a sore old hoke on the auld skitter of a soul, all this. It's remarkable too because how can a day that has been so harpooned by the corporations to sell you things you don't need from November 1 on, still retain so much of its potency?

I suppose the mystery of Christmas is that we do and don't believe in it, at once. We feel the warmth and the cold, at once. No other holiday is quite like it and that's probably for the best, since once in a calendar year feels like enough.

It's amazing to me how much magic you can find in some tinsel, colored lights, and a bit of white cotton snow. You'll see the Christmas trees all over Ireland decorated like this, in the pubs, restaurants, and hotels.

They can look artistic and cheerful or half-hearted and a bit sad, but they always look worth the time it took to decorate them. They spell light in the winter darkness. They say hang on. They say here's some sparkle. Hold on.

If you've never been to Ireland for Christmas, I strongly encourage you to book a winter getaway now. The lights, the events, the shopping, the hotels, the food, and the people will renew your spirit for the year to come in ways that you can't even guess at until you're there. It's as close to magic as you may ever come.

But it'll be closer to Joyce than to Hallmark and that's all to the good. You'll feel the turn of the year and at times you'll likely see it too, and you'll never be anywhere where it matters more.