Maeve Higgins is known for her award-winning standup, but her new essays about two superpowers – being funny and Irish - are just extraordinary. 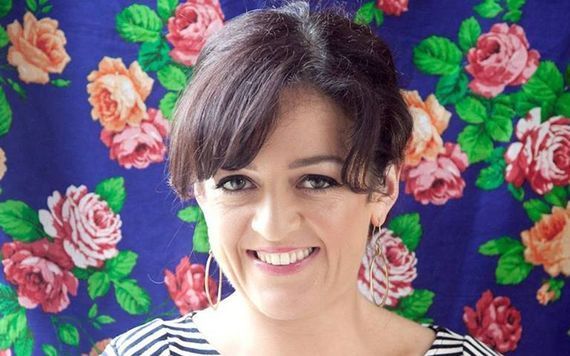 Hilarious and heartfelt and generous as they are astute Maeve In America: Essays by a Girl From Somewhere Else is the read of the summer.

In Ireland, no one wants to stand out because it's considered mortifying, but here in America people will regale you with vivid stories about their lactose intolerance and what's worse they'll expect you to listen.

That's is the kind of outsider observation that peppers "Maeve in America: Essays by a Girl From Somewhere Else'" a series hilarious and heartfelt essays about a not quite innocent abroad now out in paperback ($16.00, Penguin).

Higgins, 39, hails from Cobh, County Cork, the onetime stop on the old shipping lines to America, where it seems certain she was always fated to travel. A bonafide celebrity in Ireland and a literary and standup star here in the United States, her new book will appeal to anyone who knows what it feels like to be not quite a local and not always comfortable in their own skin.

Currently in Mexico on her return to the US (direct flights from Ireland to New York aren't possible due to the scale of the continuing coronavirus crisis here), she's ready to reflect on her new book and her adopted homeland. But first I have to ask did she sit out the pandemic in Ireland or the States?

Read more: Do you have a GAA tale to tell? Irish author searches for GAA grassroots stories

“When I saw they had canceled St. Patrick's Day in Ireland to me that was like the bat signal to return to the mothership. So that's what I did in mid-March. And now I'm here in Mexico City in a roundabout way to get back to New York.”

Things have changed dramatically since she left and she's aching to get back and participate in those positive changes she says. Being away from the city reminded her of what makes it and America so special. Because for her New York is a place is where Irish immigrants can work out what to carry over from their inheritance and what to leave behind.

“New York helps me sort of set aside what I think is difficult and work out what I love, I guess. And yeah it's also a really a fabulous opportunity to live in two different places and to get to experience two different cultures. And like you said, you can choose if it feeds you or not.”

“What I love about New York is that you can be very successful and yet totally anonymous here as well and that helps you to understand that it really doesn't matter. Like even if you are successful you're just another face on the subway. I really like that. The space it gives you here.”

Higgins has such a gift for describing people and places in her essays, but it's all taken from real life, has she ever considered writing fiction?

“No, not fiction,” she says firmly. “I do read a lot of non-fiction and memoir. I recently just read a book called "The Undocumented Americans" by the author Karla Cornejo Villavicencio and right up front, the author says I'm changing the names and blending the stories do that it becomes fiction and memoir and nonfiction together. I like when those lines are kind of blurry.”

“Oh, exactly. You know it's kind of like how can you have two kids who grow up in the same place at the same time in the same family and yet who remember things in a completely different way? They can have totally different takes.” 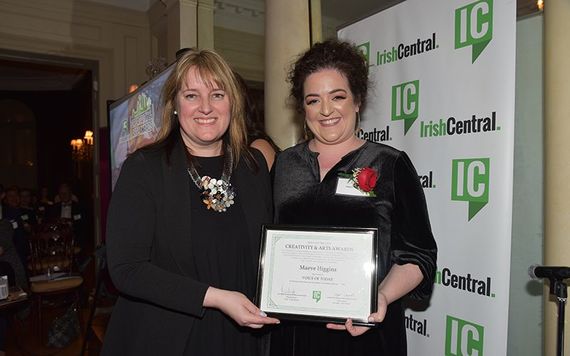 “That's funny. Yeah, I think story is really important Irish people, and you know it's fascinating to see who gets to tell it and who doesn't. I'm reading George Orwell, I'm a big fan of his and his nonfiction. He was saying that back in the 1930s there was no such thing as an objective storyteller.”

“So now we see that idea in playing out in America in the media at the moment with black journalists saying this is happening and white journalists saying, no this is your thing, you're not being objective.  So it's important to remember that peoples experiences are various and the way that they remember things is completely valid. And who gets to tell the story and who you choose to listen to is also very important.”

James Baldwin wrote that he loved America, so he reserved the right to critique it. And it's very clear that you adore New York and America from the way you write about it. But in one of your stories, it becomes clear you suffer from a hard case of imposter syndrome and sure enough, a few pages later you are writing about exactly that. I think that you can inherit it in Ireland, whether you want it or not because we were terrified of being accused of having notions, you know, the cardinal sin of Irish life.

"I write personal essays and I have to remind myself a lot - by reading other women and by having the strong support I do with editors and publishers and readers – I still have to remind myself it's okay that I want to write about my feelings and my thoughts today and know that they're valid, you know. I wish I didn't have to do that some times. I wish I just accepted they were valid.”

That can afflict whether you feel at home here or whether you become a passer through, right? Like, do you have the right to make that claim or not?

“Yeah. I mean, I think that every immigrant wonders where do I belong in my home country or in this country, because I've chosen this one as a home in my case. So yeah, I'm always thinking about that. Like, I have lived here for seven years and I love it. I find it sort of addictive. And it's like insane how quickly things can change here.”

Being called Maeve in America can be a challenge for people, can't it? But this is an age where people are learning how to say Saoirse and Sinead and Connell, so why not just make them learn it for a change? 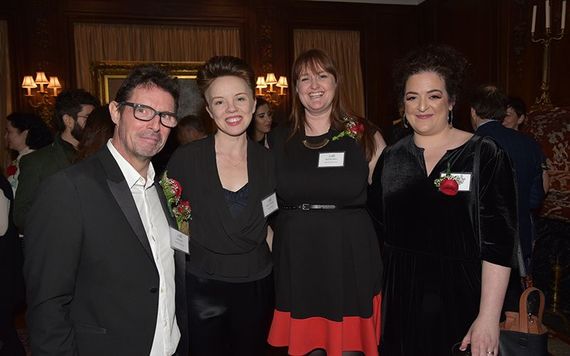 “I didn't used to like my name,” she confesses. “I have all these sisters, I'm one of eight children and a lot of my sisters have names that are flowers. So there's like Rosie for example. And I'm always like, why can't I just be Poppy? You know, instead of being like this mythological Irish Queen who may or may not have murdered her husband and who was buried standing up facing her enemies.”

Maeve seemed to Higgins like an old lady name, or a name of someone you might meet at a political protest (she attends them herself). But recently a friend of hers who is a  screenwriter told that her name keeps popping up more and more as a name for characters in screenplays, and even as a boys name. “So maybe people will finally learn how to pronounce it. It's becoming a cool name. Finally!”

You write hilariously about applying for an Alien of Extraordinary Ability Visa (commonly called an O1 visa) in the new book. But the very name of the visa seems to jangle every nerve you have as an Irish person, right?

To win one you have to prove that you are remarkable in your field when most Irish people would prefer to say the field was remarkable.

“It's a funny one, isn't it?” she agrees. “It's a mortifying task for an Irish person. Can you write me a letter saying why I'm incredible? Can you use words like outstanding, transformational, sublime? How can you ask someone to do that and yet you have no choice.”

Luckily for America and the world, this gifted alien is among us writing about what makes her and us extraordinary.  So is there anything she wants people to know about her new book? “Just that it's funny, that's important to me. That can get lost in discussions and I don't want it to!”

Maeve In America: Essays by a Girl From Somewhere Else (Penguin Books) $16.00.