Reviews: 1916, 100 Years of Irish Independence by Tim Pat Coogan and The Soul Exceeds Its Circumstances, The Later Poetry of Seamus Heaney edited by Eugene O’Brien. 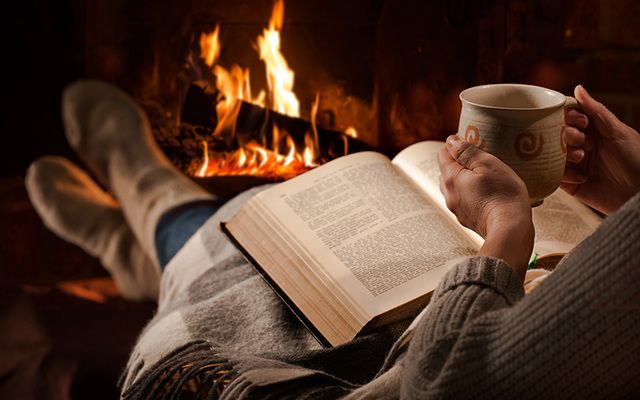 Snuggling up with a good book. Review of 1916, 100 Years of Irish Independence by Tim Pat Coogan and The Soul Exceeds Its Circumstances, The Later Poetry of Seamus Heaney edited by Eugene O’Brien. iStock

You were not responsible for the 2008 banking collapse in Ireland, although the Irish government, the International Monetary Fund and the European Central Bank all conspired carefully to give you -- and every other Irish person -- that exact impression.

It wasn’t your debt, but you and millions of your friends and neighbors were left to carry the can through a series of bone deep social cuts, raised taxes and then the much-hated austerity measures.

It began on the night September 29, 2008 at a meeting in Government Buildings in Dublin the Fianna Fail cabinet learned not only that the emperors of Irish finance “had no clothes, but that the Irish people would have to buy them a whole new wardrobe.”

It was a turning point in our recent history and for journalist and historian Tim Pat Coogan it’s also one of the best ways to assess the legacy of 1916, by underlining just how far from it our political leadership have strayed.

Coogan has spent a lifetime grappling with the politics and culture of Ireland, and though he clearly loves the place (because he writes with great insight into its complexities and contradictions) he also sees and describes the challenges ahead by learning from the ones that have preceded them, an all too rare skill on the island.

For too long the principal law governing the business and professional arena in Ireland is what Coogan scathingly calls the Old Pals Act. It thrives because the Public Accounts Committee doesn’t have the powers to police the Irish political and economic landscape, making the boom and bust cycles that led to the 2008 debacle inevitable.

So, from the earliest moments that paved the way to the Rising, through independence and the treaty saga, the paralysis of the Eamon de Valera era, through The Troubles to the Celtic Tiger and the banking collapse, Coogan charts it all with unmatched insight and clarity, becoming an ideal guide to the just passed centenary and its lessons.

The Soul Exceeds Its Circumstances, The Later Poetry of Seamus Heaney

The Soul Exceeds Its Circumstances, The Later Poetry of Seamus Heaney.

Seamus Heaney’s tenure as “a smiling public man” of letters (and a Nobel laureate) was all too brief. In this vivid new collection 16 eminent scholars examine his later poetry from a fascinatingly diverse range of critical and theoretical perspectives.

It’s been three years since Heaney’s death, since the world -- and Ireland -- lost one of the most revered literary figures of our lifetime. Nothing about his rise had been inevitable, making it more remarkable.

This collection focuses on the poet’s late works, reminding us that his gift, like Yeats’, operated at its highest pitch to the very last, with his final collecting echoing the depth and philosophical range of his first and middle works.

But the late poems also often radically break with the themes of Heaney’s earlier work, addressing issues that are wholly different to the earlier collections. The dialogues that he has – his original translations and language work proved to be a two-way street – with the classical and modern world receive careful examination, acknowledging his debts and antecedents in the process.

Virgil, Petrarch, Milosz, Wordsworth, Keats, Rilke and others influenced Heaney, and their voltage in turn has influenced his contemporaries though his works.

Editor O’Brien’s decision to devote a collection to the poet’s later works is inspired, addressing a gap in critical studies that acknowledges that they have been less widely read and studied, and seeking to redress that.

O’Brien’s selected critics set to work reconsidering and heralding the later poems, opening up a new world whilst also seeing it as part of a thematically connected set of writings with his earlier collections Seeing Things (1991) The Spirit Level (1996) Electric Light (2001) District and Circle (2006) and his last collection Human Chain (2010).

Each publication was an event in Ireland (and in world culture), and this timely collection contextualizes and celebrates them. Restless and searching until the last moments of his life, Heaney’s genius was matched only by his humility and generosity, which was celebrated in the enclosed world of the academies and on the high street.

This is an important addition to Heaney studies and carves out new directions in the appreciation and appraisal of his later works.