Joyride, starring Olivia Colman, Lochlann O'Mearáin, and 15-year-old newcomer Charlie Reid, is an affecting tale about lost and damaged people finding each other and then their way back to life. 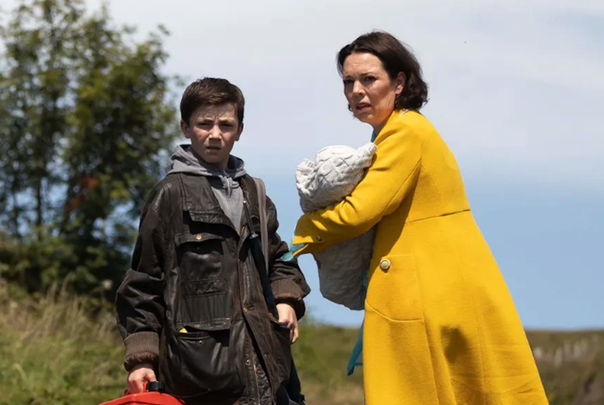 "Joyride", starring Olivia Colman (best known for "The Crown") Lochlann O'Mearáin (best known for "Outlander"), and 15-year-old newcomer Charlie Reid, is an affecting tale about lost and damaged people finding each other and then their way back to life.

In the new film which opens December 23, Reid plays Mully, a young boy who's spiraling out of control after the untimely death of his mother. Now he's become a tough on-the-outside kid who's still tender underneath, but he might actually become the wise guy he pretends to be if someone doesn't step in to set him straight soon.

Colman plays Joy, a single mother who despairs at never having created a real bond with her newborn infant. She's so terrified of recreating the mistakes her own mother did that she can't allow herself to even contemplate raising her own child.

O'Mearáin plays James, the ultimate bad dad who steals from his community and even his own son to pay the gambling debts of his misspent existence. He's not above manipulating Mully to make him do what he wants and so he's the kind of foil Joy and Mully need to forge a bond together.

When director Emer Reynolds saw the script she was taken with the way these two damaged people start to heal through their growing belief in each other. Love brings Joy back to herself, and it's the same for Mully.

“That's such a beautiful way of saying it, that love brings her back to herself,” Reynolds tells the Voice. “It is absolutely one of the things that attracted me, the size of the Mully's heart, but it wasn't cynical. It wasn't overly smart, you know, it was actually saying if you open yourself to the world, and you open yourself to experience and relationships, you can find yourself again, you can forgive yourself and your own history, you can learn to love again. That was absolutely on the page and hopefully, it's on the screen.”

Reid agrees with the idea of a redemption arc for his own teenage character, Mully. “Throughout the film, Mully is just being lied to, which is quite hard for him and then Joy comes into his life. And there's a sense of hope there until he finds out that she was lying to him as well. And that just breaks him even more. 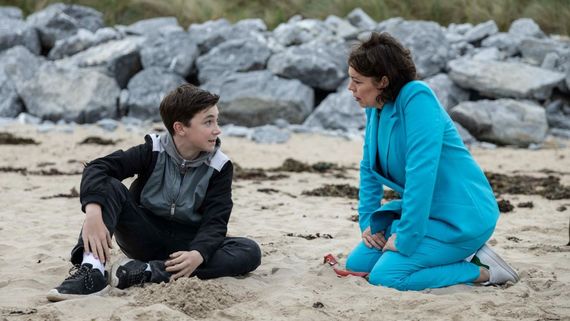 He also has to contend with his bad dad manipulating him, in a villainous turn by O'Mearáin. “We had to make him as real as possible. So I guess I had to look inside the mind of somebody who's in deep grief, who's lost his wife, who's made a lot of small, bad decisions that have accumulated into him now being thinking that it's normal to get his child involved in crime.”

Pretty soon Mully has to choose between two possible futures with two contrasting parental figures, neither of whom is admittedly perfect but one of whom isn't a criminal in the making.

Director Reynolds keeps us engaged by keeping us entertained but there's genuine darkness lurking just under the hood of this film and it's clear that one or all of these characters comes close to getting lost in it more than once.

I question I have to ask the actors is about Olivia Colman's Irish accent in the film. There's a scene where she's trying to get past a Garda checkpoint in the middle of the film where her Irish accent and mannerisms are so good that you could say she's cracked the code, she's unlocked us.

“From day one, before we even started filming, she was saying Hey Charlie, I'm not sure if my accent is gold,” Reid says. “And I was like, we'll wait and see. And then she just comes out on set and starts speaking like it was someone I walked into down the road. It was fantastic.” 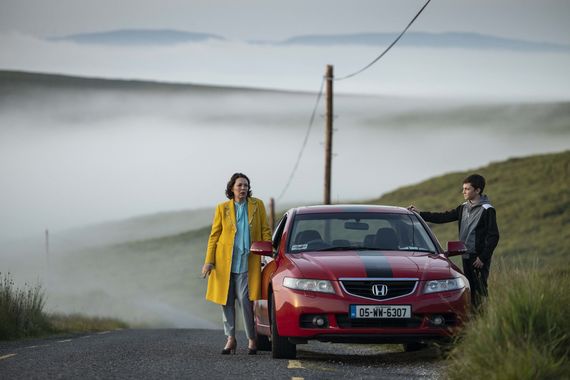 O'Mearáin agrees. “Olivia played the Queen of England and she told me that was harder. It was probably easier to do the Irish accent work because it involves the sparkle in the eye. There's an easy charm is the movements and there's the up-and-down musicality of talking here.

"But the Queen was actually harder to do because she had to sit so still and have no emotion and they shot her from the side the whole time. Not Irish at all!”