The Crown has become a sad obsession for Irish people, says top historian

The Netflix series on the Royal Family is mostly fiction but has become sadly a “must watch” for the Irish. 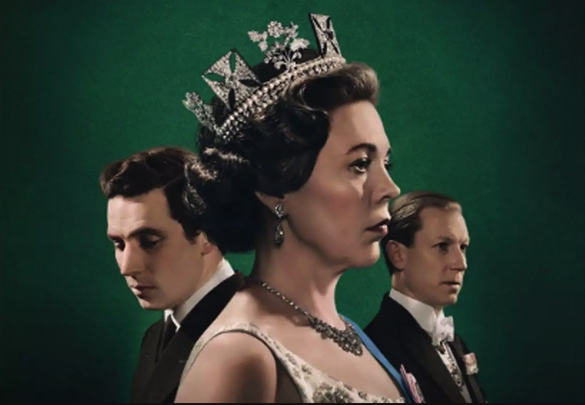 Ireland’s leading historian, Diarmaid Ferriter, Professor of Modern History at University College Dublin, has claimed Ireland is obsessed with the British Royal family and follows their every detail with more interest than they do most Irish issues.

Ferriter points to the massive viewing figures in Ireland for the  Netflix series, The Crown, which he says promotes a very flawed version of the royals. He was writing in The Irish Times.

He states that years ago following the Royal Family was very much frowned upon by Irish authorities who denigrated everything British, especially the royals. When the coronation of Queen Elizabeth took place in 1953, plans to show the wedding in Irish cinemas were quickly shut down after bomb threats by the Anti-Partition League.

Now, however, Ferriter says all has changed the Irish have gone nuts for the Netflix series and no one is hiding behind closed curtains watching it anymore.

Even though Simon Jenkins of The Guardian has called it "Fake News” with any number of makeup plots the Irish are still watching in droves. Ferriter wonders if the series should be labeled as fiction given how many liberties are taken with the truth.

But Ferriter points out the 1996 Michael Collins film also took huge liberties and was full of stock heroes and villains and featured many scenes that were made up too. Ferriter, however,  does not dismiss all the portraits of the character

“Helena Bonham Carter, who plays Princess Margaret in the series, did her research by talking to some of Margaret’s inner circle, including ladies-in-waiting and relatives and she has voiced defenses of the “misunderstood” Margaret, suggesting her snobbish rudeness was a reaction to her vulnerability.”

“Nonetheless Ferriter says ’Netflix should add a disclaimer as it has a “moral responsibility” to tell viewers it is “historical drama” and not fact.

Ferriter writes” We should be wary of seeking “historical truth” in lavishly produced soap operas in the same way we should reject “history” lessons communicated through tweets.”