Why isn’t Ireland showcasing itself across Asia yet?

"Our Irishness is... an open, confident willingness to greet the world, learn about its traditions, share some of our own". 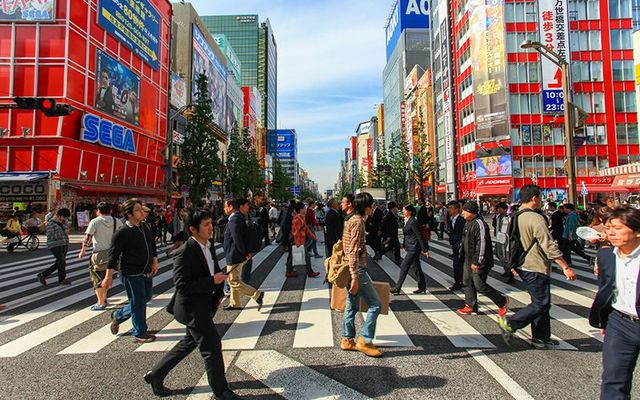 They say the Irish know how to spot an opportunity, which is why the continuing neglect by our business community of the massive Asian market is so mystifying.

There's more to the world than the U.K., the U.S. and the EU markets but that awareness still needs to be built upon in Ireland and accross the wider Irish diaspora.

I'm not sure what it is we're waiting for.  With the sheer scale of the investments Asia is making in education and research, we should probably see a lot of ourselves in them.

Curiously enough though, despite some growing interest from the Irish financial sector, there has been no major flow of business yet from Ireland to China, Japan, Singapore, India and so on.

I'm not sure why we are so hesitant to approach such lucrative markets, since they have already shown enormous interest in Irish heritage goods and services, for example.

Anecdotally, here in New York I have watched top-tier Japanese fashion buyers extol the beauty, craft and precision of Irish heritage industries like the handmade knitwear from the Inis Meain knitting company, the Donegal tweed from companies like Molloy & Sons, and the rightly famous linen and machine loomed textiles. 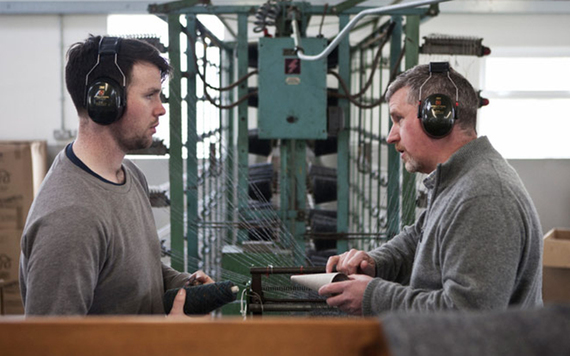 Yet still there is no consistent, recurring Irish effort to target and promote these heritage goods to interested Asian parties. It's long past time that changed. We have sat on this gold mine long enough.

Last year the Asia Pacific Ireland Business Forum (a volunteer entity that can see which way the wind is blowing) published its detailed review and recommendations in Hong Kong, which included the suggestion the Irish government appoint an advisory board with clear objectives and goals to address opportunities in the region.

The report recommended that they secure the initial seed funding to facilitate a dynamic new work plan, and they argued that they should set up a non profit organization and appoint an executive director to oversee all of these efforts in the region.

Did you know that Tokyo, Osaka and Kyoto all stage huge St. Patrick's Day parades each year, with week-long activities and festivals that invite Irish and Japanese participants to parade in colorful green marches and events?

That annual showcase isn't being leveraged adequately. I mean, outside of Japan, how many Irish people even know that it's going on?

It's the perfect showcase for the Irish travel industry, manufacturing, heritage wear and tech services but so far it's being left to Irish consulates to put our best foot forward, when their efforts should really be supplemented by a much wider range of Irish goods and services.

That is to say that Irish consuls already do a remarkable job promoting Irish culture, but diplomacy is one prong. We need to follow up with brand promotion and advertising buys to reach the widest possible audience. All that hat has yet to happen.

Tourism Ireland announces the new direct routes into and out of Ireland from Japan, Hong Kong and elsewhere, correctly identifying the Asian tourism market as the dynamic new market that it is. We need much more of this.

The rise and rise of Asia has major implications and opportunities for Ireland and Europe in the years ahead.  We need to get ahead of the wave that’s coming this century and stop thinking that only what is familiar is best.

Luckily the Irish have unexpected highways directly into Japanese culture though poets and writers. W.B. Yeats and Samuel Beckett are already widely celebrated in Japan for their plays that make use of traditional Japanese forms.

But it is time to seriously reclaim the work and artistry of a neglected Irish master, Lafcadio Hearn, who is already famous in Japan (where he lived, married and raised children) for his remarkable books about the country, especially his collections of Japanese legends and ghost stories, Kwaidan: Stories and Studies of Strange Things.

It took Ireland until the 1980s to realize that it's great writers were an actual tourist draw. Every pub in Ireland now has a poster featuring at least a dozen of them, reminding us and the world that we are a literary culture, and that we value our heritage. Before the 1980s those posters didn't exist, and our idea of ourselves was much narrower, inward looking and conservative.

It's time that we saw our Irishness for what it actually is -- an open, confident willingness to greet the world, learn about its traditions, share some of our own, and grow from the heady exchange of ideas and insights.

That's what we do best. To be Irish is a kind of international passport to the entire world. Its power cannot be overstated.

It's time for us to expand on what that Irishness means and where it can take us in this dynamic new century. It’s time to look east as well as west.