Gay concentration camps in Russia, Neo-Nazis in Florida -- Tomorrow it will be you

"We are all of us threatened by the global resurgence of fascism. The moment is here. Now." 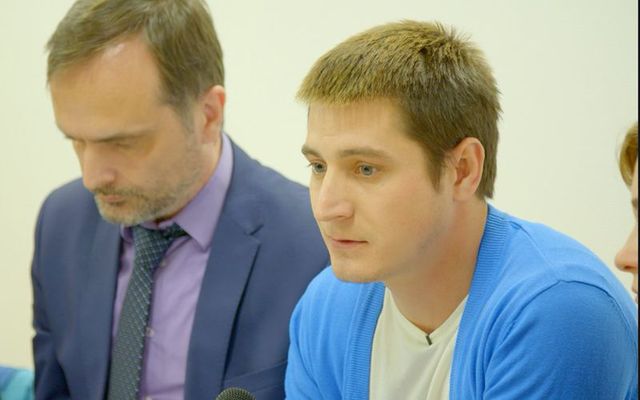 This week a courageous young man named Maxim Lapunov, 30, came forward in Moscow to detail his experiences of torture at the hands of Chechen authorities, in what have become known as Chechnya’s “gay concentration camps.”

I'm not sure why reports are still putting concentration camps in inverted commas. We already know that they exist, that since April 2017 at least 100 gay men have been arrested and many killed in the Russian region. Lapunov himself was brutally tortured in one of these detention centers for twelve days.

Two men he didn't know bundled him into a car earlier this year and took him to a cell that was already blood soaked. Then the beatings began. “They burst in every 10 or 15 minutes shouting that I was gay and they would kill me,” he told the press conference arranged by human rights activists last week.

“Then they beat me with a stick for a long time. In the legs, ribs, buttocks and back. When I started to fall, they pulled me up and carried on. Every day they assured me they would kill me, and told me how.”

At night he couldn't sleep due to all the terrifying screams he heard from nearby cells. When he was finally released he couldn't walk for days. Every night they had brought in a new captive he said, and every night a new torture session began.

Because Lapunov was an ethnic Russian he was assured by Chechen authorities that he would not be beaten as badly as native Chechens. They did not electrocute him with wires as they did their own countrymen. Instead they forced him to watch other detainees being beaten and bloodied.

Human rights groups have details the cases of at least 15 detainees who “were released to their relatives and have since disappeared without a trace,” raising the suspicion of “honor killings” by their own families. Kill them before we do, they are reportedly told.

Meanwhile Russia’s independent newspaper Novaya Gazeta has published a list of the names of 27 men, executed in a single night in Grozny on January 25, 2017.

Because Russian authorities have reportedly made no serious attempt to investigate these charges, Lapunov made the decision to come forward last week, putting a face to the allegations. He is risking his own life to do this. But he feels he had no choice but to go public. This year, for the first time since Nazi Germany, people on the European continent are being targeted for extermination based on their sexuality alone.

One survivor of a camp located at a former military base in Argun claimed he was tortured and interrogated by the Chechen officials themselves. They had used a hookup app on his phone to lure him into their trap, then they tried to use his contacts to identify and arrest his contacts.If this sounds a page from the Nazi playbook, that's because it is.

In the 1930s, when fascists began to target out-groups for detention, torture and extermination, many people told themselves they were not directly affected. Yes, the wider atmosphere was being poisoned by their propaganda, but they did not anticipate that the doses would be slowly increased until they resulted in millions dead.

If we keep looking the other way when fascists arrive in our public squares with their burning Tiki Torches, they can assume we no longer oppose them so vehemently, they can even assume we may secretly share some of their aims.

Sadly we don't even need to look overseas now to recognize the growing threat. Last week three neo-Nazi's were charged with attempted homicide here in the United States after they shot at protesters outside an event hosted by white supremacist Richard Spencer at Florida State University. Flyer campaigns by fascist groups have become more common across the country this year. Now they march without hoods or masks. They clearly believe their time has come.

Why did Florida State University invite someone like Richard Spencer to speak? :https://t.co/UEgZoyhHVf: #TheResistance #DemForce #PDMFNB

This simple truth needs to be remembered: fascism is an inherently violent ideology. It does not seek to live in peace with its neighbors because it will not. What it wants is to remove, first by threats and intimidation, then by violence or extermination, all threats to its total dominance. Today they are targeting the most vulnerable. That's how all of this starts. Tomorrow it will be you.