Francis O'Neill, who was born in Co Cork on August 28, 1848, is today "remembered with pride for his efforts on behalf of Irish traditional music." 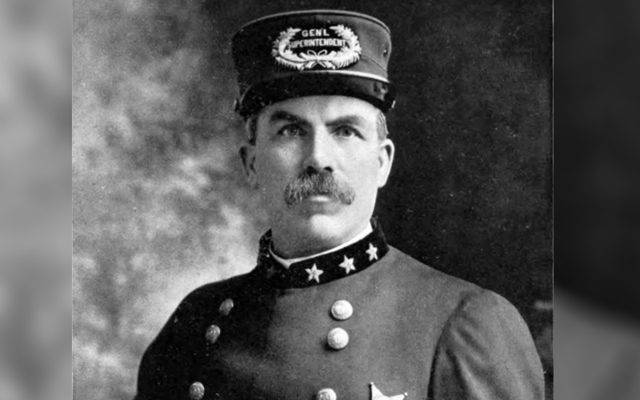 Remembered with pride for his efforts on behalf of Irish traditional music, Chief Francis O'Neill led the kind of extraordinary pioneering American life that nowadays is no longer possible.

Francis O'Neill led the kind of extraordinary pioneering American life that nowadays is no longer possible, all of which is detailed in the fascinating memoir "Chief O'Neill's Sketchy Recollections of an Eventful Life in Chicago," published in 2008 by Northwestern University Press.

Born in West Cork on August 28 in 1848, at the age of 17 he boarded a passing ship that took him from Alexandria, Egypt to Yokohama, Japan - and to all stops in between.

For a young Irish man born during the darkest years of the Famine, how he must have relished the dazzling adventure his life had suddenly become.

The youngest of seven children in the townland of Tralibane (near Bantry Bay), he was the son of a prosperous gentleman farmer and he grew up in a largely Irish-speaking society in which music, song, and dance were an integral part of his world.

The music that he learned in Ireland, which he wrote years later, was a rich gift that fortified him for the rest of his life. Growing up in Ireland had given him a passion for justice, and it had left him with an indelible love of Irish music.

His maternal grandfather Donal O'Mahony was known for keeping an open house for traveling musicians, and like his parents and sisters, young O'Neill was a terrific singer himself.

As a boy, he began learning the wooden flute and the tin whistle, skills that taught him to read music quite proficiently years later in America, but as a man, he would become the greatest influence on modern Irish traditional dance music in the 20th century.

Simple human joy, in music and in discovery, animate every page of the memoirs he left behind, which were published in 2008 having been edited by his great-granddaughters Mary Lesch and Ellen Skerrett.

That joy in discovery is perhaps best underlined by the fact that O'Neill carried his tin whistle with him at all times, in case he heard a new tune and wanted to learn it on the spot. It was that impulse of delight that marked his character and it won him many friends as the years went on.

As the book reveals, O'Neill's picaresque travels took him across every continent on earth, which he recalls in vivid detail - from the first shot of sake to an encounter with Chinese pirates.

Equally, his pleasure in the still largely unexplored beauty of the United States leaps from the pages. An afternoon's sailing on the Great Lakes is so vividly recalled that you can actually see him, a young boy out of Cork whose life showed him wonders, and his grateful appreciation of the fact is always evident, too.

Like many young vagrant Irish men of the period, with no connections and no sponsors to speak on his behalf, O'Neill worked first for the railroad and then in the lumber yards before joining the Chicago police force in 1873.

In his first month on the beat, a notorious local criminal named John Bridges shot him in the back. With the bullet lodged near his spine (where it would remain for the rest of his life), O'Neill chased Bridges down and arrested him.

It was a legendary beginning to a trailblazing career. O'Neill's hard work and tough character paid off when he was appointed to the highest rank of general Superintendent or chief of police in April 1901. At the time Chicago was the largest and most violent city in the U.S., but O'Neill was more than effective at driving out the corruption, gambling, and prostitution.

In 1901, a local newspaper article reported that three of the city's most dangerous thieves voluntarily left by train because "this town is too tough for graft while O'Neill is chief of police."

During his 32 years on the force, O'Neill devoted his private life to his passion for the traditional music of his homeland, a tradition that he knew was in danger due to the effects of the Great Famine and the subsequent mass emigration.

Working against time, O'Neill helped establish the Irish Music Club of Chicago, with himself as president, and he seized every opportunity he could for the promotion and performance of it.

With the help of many collaborators, he also collected over 2,000 tunes in manuscript, which would result in the 1903 publication of O'Neill's Music of Ireland. Containing 1,850 melodies, at the time it was the largest collection of Irish music ever printed.

Today he is remembered with pride for his efforts on behalf of Irish traditional music, and this remarkable book gives us a rare glimpse at the extraordinary individual who undertook it.