After four years of Trump, are you better off than you were before?

As you pull on your N95 face mask just to survive a trip to the grocery store, tell me if this is the America that you dreamed of? 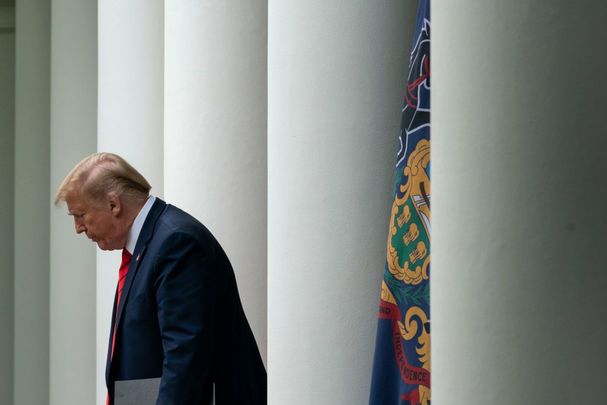 The leader of the free world, President Donald Trump. Getty

The time has come to ask yourself a simple question: are you better off today than you were four years ago?

Look around your home, the same one you are probably currently confined to, and tell me if life feels better now than it did before?

As you pull on your N95 face mask just to survive a trip to the grocery store, tell me if this is the America that you dreamed of?

Did you ever imagine that you would live in a country where it is not safe to take a subway, or see a movie, or take a flight, or visit a bookstore, or grab a drink, or even go to the beach?

Did you ever think that you'd have to wear nylon gloves to buy your groceries, or to hold a subway pole, or open doors, dressed as if you were about to investigate a crime scene? 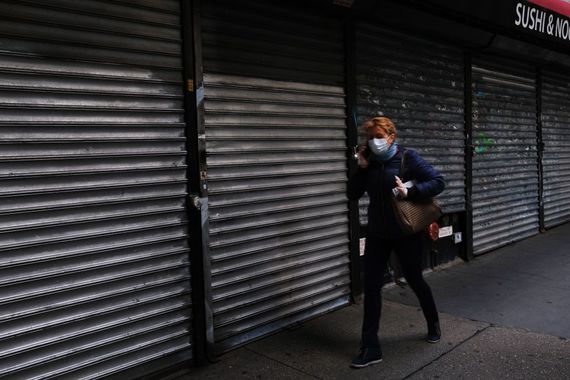 No hotel stays, no standing in line for a breakfast buffet, no overseas vacations, no official meetings, no conventions. Where are we exactly now? What is this horror?

Then think about kids. What sort of message are we sending an entire generation of them? No birthday parties, no trips anywhere, no to having friends over for a playdate, and no real safety in this world.

What kind of people will they grow up to be, now that they are being taught the unforgettable message that other people equal contagion? Will they side-eye everyone they encounter from now for the rest of their lives, having learned the hard lesson of this horrifying time?

Read more: COVID-19 is exposing every crack in New York

And did you ever expect the federal government to give less of a hoot about your personal health and wellbeing (the Trump administration is attacking Obamacare right now, trying to end it for millions, in the middle of a global pandemic) the current one does?

Where are our national tests and tracing drives? It's the middle of May now, we are almost halfway through 2020, and we still don't have a national response. Why? 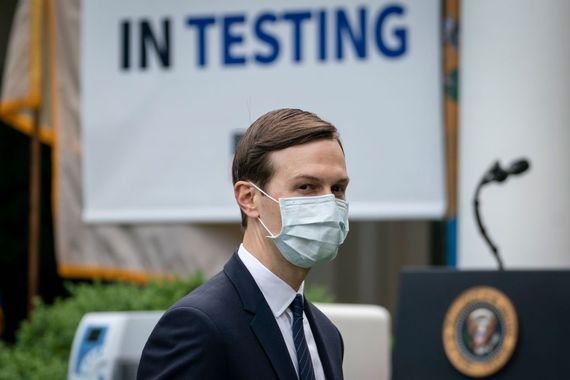 The head of the Trump administration's Covid-19 response team got his post by marrying Trump's daughter.

Instead of action, we have the back-slapping Jared Kushner, a man afforded a national role because he's presidents son in law. Kushner is telling us that we never had it so good, that the president and his team should be applauded for their success.

Success? Is that what you call this reign of terror? How are they not burying their heads in shame at the scale of their own failure and folly?

Let me put it to you another way, I have survived the Troubles and AIDS and 9/11 and Hurricane Sandy and the coronavirus era in America feels worse to me, the odds seem far worse to me, than all the others put together.

“People are dying and I realize that, but they can't get their nails done.” pic.twitter.com/4yCnqVZEAN

Did you ever think that you'd hear a president say that there would be mass death soon, but that's the price unimportant people must have to pay to keep our economy open?

Trump - like the Fox News anchors who cheer him - is keeping himself safe, insisting on testing and tracing at the White House and for all that come near him, having magical access to every kind of testing and tracing technology, whilst the rest of, the little people, are to be thrown to the wolves. The choice is between our safety and his reelection chances, so guess which one he has picked?

The coronavirus plague won't be real to Donald Trump until he contracts it himself. He called it a hoax when he should have been preparing the nation to combat it, he defunded the critical medical researchers he should have employed, he wrongly assured Americans that bleach and ultraviolet light could kill it, he is in no fit state of mind to be leading a debate never mind a nation.

The United States has had the most coronavirus deaths in the world. Over 80,000 of our fellow Americans have passed from it. For comparison's sake that's 21,780 more souls than the 58,220 Americans who died in the Vietnam war.

Every single one of them was a father or mother, or brother or sister or husband or wife. Every one of them mattered to the tens of thousands who have been left grieving. It's a scale of the disaster that few alive have ever witnessed and it is trending toward a death toll the equivalent of one 9/11 a day by the start of June.

Trump is against testing and tracing because he says it makes his administration look bad. But no one in their right mind could call what is happening now progress. Instead, chaos rules. Individual states are taking it upon themselves to open their economies and send their citizens back to work without any testing and tracing, literally assuring a new and grotesque wave of infection shortly as sun follows rain.

We need national leadership that hires rather than fires medical experts, we need politicians who take precautions rather than scoff at them, we need a government that listens to the experts rather than declares themselves experts and we need it this November before we no longer recognize where we live.

Read more: Donald Trump will stop at nothing to win the election