"Will she put her foot down and bar the entrance to Jamie or will she relent and let him through the door into his prom night dreams?" 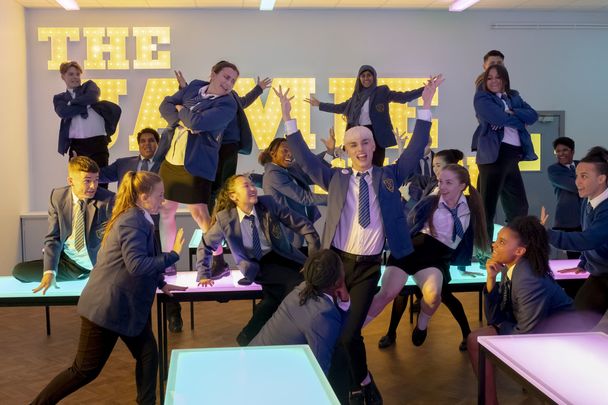 Based on a true story, Everybody's Talking About Jamie is a buoyant new musical film about a working-class teenager from Sheffield who dreams of bigger life on stage (just not the kind you might expect).

Co-starring Sharon Horgan as Jamie's tough but fair career guidance teacher, it's a story about what happens when your dreams come up against hard reality.

Finding the courage to express yourself in a world that seems designed to shut you up is a story that has been told many times before in the movies, but not quite like in Everybody's Talking About Jamie.

The first thing to know about this sparkling new musical film is that it's a true story. Based on the real-life experiences of a spirited young gay teenager from Sheffield, a working-class town in the north of England, the film stars Max Harwood, 23, as a boy with a secret ambition to become a legendary drag queen like the ones he worships on TV.

Well, it makes a change from the career path of construction worker or doctor, I suppose. Luckily for Jamie, his mom (Sarah Lancaster) is wildly supportive, but his Irish career guidance teacher Miss Hedge (Sharon Horgan) takes a far more cautious view, telling him that pretending he'll become a star instead of another office worker is likely just cruelty in the end.

Hogan, with her deep Irish distrust of having notions about yourself the way Jamie does, is a tough but fair teacher who wants to prepare her talented students for the real world, the better to equip them for life after their looming graduation.

Having a student like Jamie, whose main-character energy frequently disrupts her class is neither helpful nor welcome, especially as she doesn't believe in his unachievable dreams of drag stardom (this is Sheffield, not New York).

Worse, his openness about his drag career aims leads to physical tension with some of the macho boys in the classroom, who happily call him a freak and try to insult him every time she looks away. 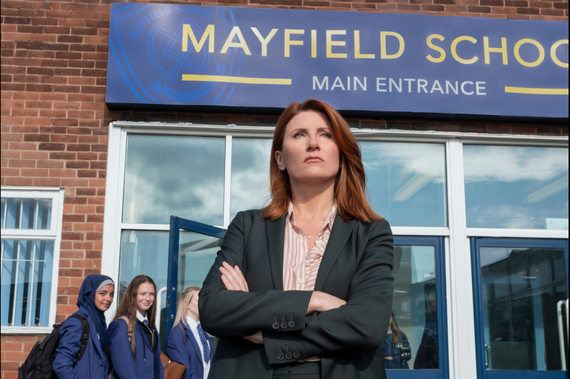 Horgan's character can see where all this is headed before anyone else can and she's determined to stop the nonsense before it starts. But some people were born to shine and there's nothing you can really do about it the film reminds us. You can get on board or just get out of the way.

Raised by a single mother, Jamie runs a local paper route to pin money towards his drag dreams. His father is absent and it soon becomes clear it's because he wanted a different kind of son to the one he got.

Unbeknownst to Jamie, the texts, letters, and flowers that he receives on his red-letter days are all secretly written to him by his devoted mum, who wants to protect him from the reality that his dad didn't want a gay son. “He's been through enough already,” she tells her best friend, “I don't want to break his heart too.”

The structure of the film, where one woman pushes Jamie to live his dreams and the other tries to puncture his balloon, leads to a lot of dramatic conflicts, but it's the selfishness of his missing father that really gives the story some real emotional wallop. This isn't a syrupy Hollywood tale where the misguided dad sees the error of his ways in the final reel, in other words.

In fact, if anything, Jamie's dad turns out to be worse than we initially suspected. He can't allow himself to see his son's talent and the gay issue is another big deal breaker, so we learn he has left his first family to starts a new life with a new woman, who is pregnant with the son he always wanted, not the son he got. 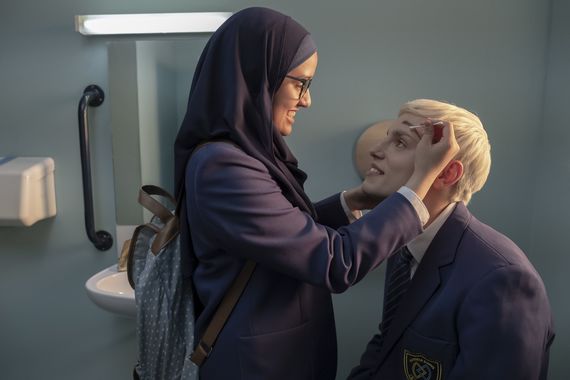 Casting Harwood in the role of Jamie means the director is going for real-life authenticity that's so unmistakable that you may start to wonder if this delicate blossom is going to make it to the final reel alive and in one piece.

Into the mix, he also throws elder drag queen and erstwhile mentor Richard E. Grant, who is completely sensational as Loco Chanel, the onetime drag sensation whose memories of the 1980s and the worst years of the AIDS crisis have marked him for life, but also strengthened his determination to fight for a better tomorrow.

At this point in the film, where a young Beyonce fan meets an older Madonna fan and doesn't understand how one has led to the other, the film becomes something more than just a plucky kid fights patriarchal oppression tale. Suddenly Jamie realizes that he is part of a revolution (and sometimes war) that paved the way for him to his full fabulous self without apology.

Grant brings fighting spirit and some stop the heart pathos to the proceedings, making an already good film an occasionally great one, despite the hoary setups and the self-consciously inspirational dialogue.

What Everybody's Talking About Jamie gets right from the outset is the sheer cost of trying to be who you are in a world that wants you to be what they expect instead. People don't come around or see sense where they previously saw none, some people actually hunker down further into their fear and bigotry, it turns out. 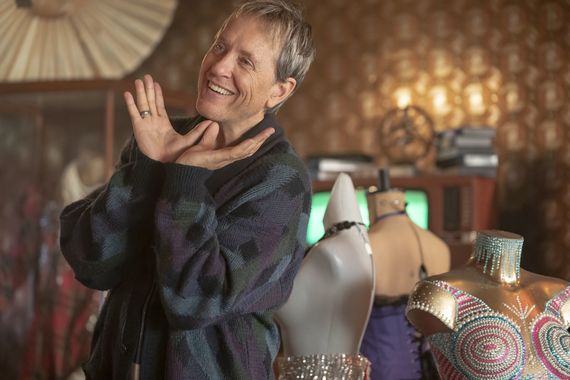 Richard E. Grant as a semi-retired drag queen in Everybody's Talking About Jamie

When Jamie finally realizes that his dad hasn't been sending him the supportive texts, cards, and flowers all these years he has a short, blazing row with his mother, who he figures out was the real author all along. Then he storms off into the rainy night. It's a dangerous moment full of terrible potential.

Confronting his father on the local football field, the holy of all macho holies, he courageously dares to be himself in public and gets roughly thrown off the field for his presumption. Dad doesn't help. Dad has already made his mind up. Dad turns away.

Meanwhile, Jamie's plan to attend his prom in drag doesn't sit well with Sharon Horgan's career guidance counselor. Having unearthed his secret plan when she finds him applying eye makeup, she has one of the best song and dance sequences in the film.

Her character prefers the truth to lies and lets Jamie and everyone else know it. If he comes to the prom dressed like a drag queen he'll steal the limelight from the other kids, she says, fairly reasonably. 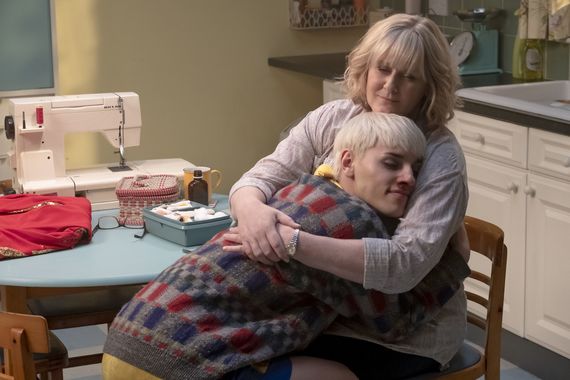 But when he shows up on the night he's not dressed up as his drag alter ego, he's just dressed as Jamie in the kind of prom dress that Molly Ringwald would have rocked in the '80s. “This isn't me in drag,” he tells Horgan's unimpressed teacher, “this is just me.”

Will she put her foot down and bar the entrance to Jamie or will she relent and let him through the door into his prom night dreams? You'll have to catch the film when Everybody's Talking About Jamie opens on Amazon Prime on August 17.

Just be warned, you may cry. It's that kind of movie.