“We knew the world needed a story of hope and believe that the resurrection story is the biggest hope story there ever." 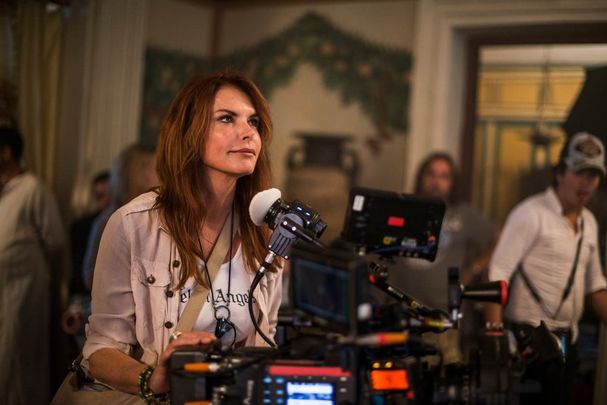 Actress, film director and movie mogul Roma Downey is back with Resurrection, the just in time for Easter discovery + channel retelling of the crucifixion and return to life of Jesus.

“We knew the world needed a story of hope and believe that the resurrection story is the biggest hope story there ever, you know?” Downey tells IrishCentral.

With the pandemic making filmmaking virtually impossible, Downey and Burnett were able to return to their vast library of previously filmed material to create the new feature-length film.

“Of course we were hoping we could get a theatrical play for it because when you make an epic biblical drama, it lends itself to the big screen – the cast of thousands, the beautiful costumes, the Roman soldiers, the horses, and battles.”

“But it became clear that even if some theaters were open, they would be opening at a staggered rate across the country and chances are it wasn't safe to invite people together into a large group setting.”

Both Downey and Burnett wanted to make the movie available this Easter because they believe it's more needed now because of the challenging year that we've all lived through. “We were delighted that we have got this new relationship with discovery+. It'll start streaming on the 27th just in time for Holy week and then it's live on their platform all through Easter.”

The timing reminds her of how her family would spend Easter back at home in Derry. “I remember growing up that we would gather every Easter weekend, somewhere over the Good Friday, Easter Saturday or Sunday period, and watch films like Jesus of Nazareth that told us stories like this.”

People have started to talk about life returning to normal soon but for Derry-born actress, film director, and producer (with her husband Mark Burnett) normal is no longer the goal.

“My fingers are crossed for something better than normal when we return because I've had so much time to reflect and examine, to self-examine,” Downey, 60, tells the Voice. “We've had nothing but time to figure out what's important, you know. Who do we want to be and who do we want to be with? What do we want to be doing that's more intentional with our lives?” 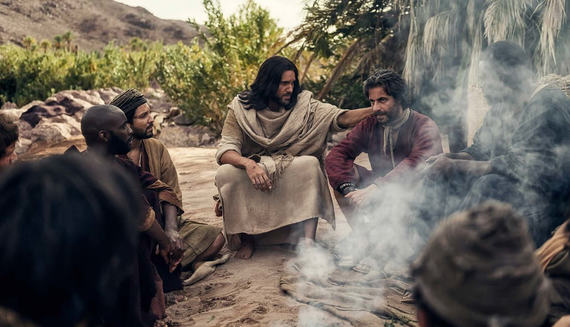 Resurrection tells the story of the death and return of Jesus

Lockdown wasn't easy, Downey reminds me. People were hiding in fear for their lives. But somehow along the way it also became a kind of global pause or reset where we all got to step back from our daily lives for a minute and ask what we are actually doing?

What else has the lockdown experience taught her, I ask? “Well, I think the takeaway is that we all live very fast-paced lives, a lot of deadline-driven lives, and when it all stopped, when we were looking down the barrel of perhaps a year where we couldn't see loved ones and we were disconnected from family and friends a little bit of the isolation kicked in.”

“We were in our pod here, just my husband Mark, myself, and the children. And with that time to spare, to reflect and examine, it's amazing how many things that seemed so important the week before lockdown suddenly seemed less important the week after lockdown.”

She certainly doesn't want her tombstone to read “Here lies Roma Downey, she wishes she had spent more time at the office,” she laughs. “Don't get me wrong. I love my work. But it's been a reminder that we're working to live and not living to work you know, it's finding the balance? It's all about balance.”

Maybe the pandemic has forced us to find some balance in all our lives she suggests. “And now we finally see the light at the end of it. We are going to get the vaccines rolling out. Maybe by summer, we might be allowed to travel again. So the question is what are we going to put into our own suitcases when going back toward life? Are we just going to put all the same old junk and clutter in there? Or are we going to be more discerning this time?”

It's clear that the lockdown has been a productive time for her (“I've never felt closer to my family,” she admits) personally and professionally, but even in the big pause she was working hard and the result is the soon to broadcast Resurrection, a biblical epic for the discovery+ channel that follows the immediate aftermath of Jesus’ crucifixion.

The demand for this faith-based content is also remarkably big business. The Bible miniseries drew more than 100 million viewers over its 10-week run, garnering three Emmy nominations. The series then spawned a feature film adaptation with Son of God, which became one of the highest faith movie openings of all time when it debuted at the box office in 2014, following this with the successful miniseries, A.D. The Bible Continues, which premiered on NBC the following year.  Downey and Burnett have also produced multiple television series under MGM’s and Downey's LightWorkers division. 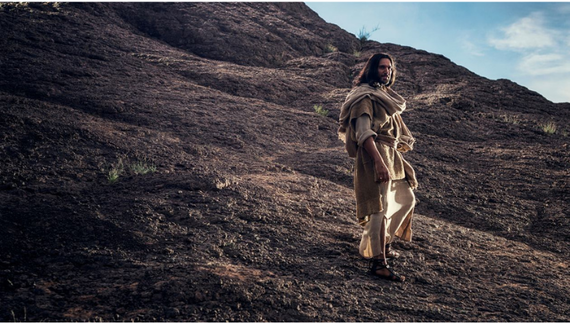 Resurrection tells the story of the death and return of Jesus

“I'm hopeful that maybe Resurrection will an annual Easter tradition like the ones I knew in Derry because while the Easter bunny is cute and we all love a chocolate egg, let's not forget what the true meaning of the Easter holiday is. And for people that have kids or teenagers, sometimes it's a hard conversation to have, or teenagers are not that interested to talk about the Bible stories.”

When you have an exciting, compelling, gritty film version of the story, it can create a great entry point into a bigger conversation she says.

Meanwhile setting new goals for herself is Downey's focus. “I don't know if I will succeed, you know, because it's typical of the human spirit is that we forget the lessons a time like this can teach us. But I think this one was a pretty massive wake-up call.”

One lesson is that everything connects I say, that the brotherhood of man is a real thing. “Yes, you think you are feeling the anxiety and the terror in your own life and for your own family, and then you realize that every single person on the planet is experiencing something very similar too.”

“I've just trained myself over the years to be the kind of person to look for the gift in a challenge like this,” she explains. “And that's not to say I wish this had never happened, but the fact that it has happened, I think we have to look for the gift and I think certainly within my immediate family, I feel that we've never been closer.”

Resurrection will broadcast on discovery+ from March 27th.