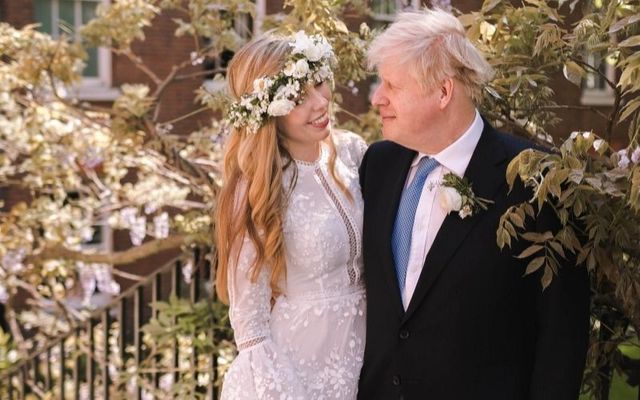 The encyclical Laudato Si surely stands out as Pope Francis’ signature contribution to humanity. In it, he identifies the earth as “our home” which we have carelessly neglected, especially since the Industrial Revolution that was getting underway 200 years ago.

The consequences of our immature behavior, a proliferation of floods, fires, droughts, and famines, are clear, and the perilous state of our oceans points to a worsening crisis.

There have been five previous mass extinctions of life in the universe.  Francis has raised a large red flag warning that we may well be heading for another.

This pope is also prophetic in his regular pronouncements on the devastating consequences of the prevailing level of world poverty.  No other international leader can match his denunciations of economic systems that tolerate such awful levels of human deprivation.

He mocks the neo-liberal contention, with its many acolytes in the United States, that the best way to improve the lot of the poor is to make the rich even richer so some of their largesse will dribble downwards.

However, when it comes to sexuality, the record of popes in this crucial human area is abysmal. I hear a comment from stage right: what can you expect from a bunch of old white celibates who are often seen around the Vatican wearing dresses and other fancy apparel designed in the time of Emperor Constantine in the fourth century!

Away from the cynicism, British Prime Minister Boris Johnson was married recently in a Catholic church, and we wish him and his new wife, Carrie, and their one-year-old baby the best of luck. However, the news created consternation, especially among many traditional churchgoers.

Johnson was divorced last year from Marina Wheeler after 27 years and four children together. His first marriage back in the ‘80s to Allegra Mostyn-Owen only lasted a few years and did not yield any progeny.

The case is complicated because while Johnson and Carrie were baptized Catholics, he was confirmed as an Anglican and, so it seems, he was not deemed a Catholic for his first two marriages which, according to canon law, freed him up for a third run at the sacrament.

Any divorced Catholic in a long-term relationship must be completely bewildered trying to understand why, not only is he disallowed from re-marrying but he doesn’t even qualify to receive communion on Sunday.

People wonder if Henry VIII got the Boris kid-glove treatment from Pope Clement in the 16th century in dealing with his multiple wives, would that have prevented the Reformation in England and all the angst and division that followed it.

In March of this year, the magisterium in Rome, with the pope’s written approval, pronounced that the church forbids any priestly blessing at the wedding of a same-sex couple.

This declaration upset many Catholics. Johanny Bonny, bishop of Antwerp in Belgium, said that as a consequence he lost 700 members in his diocese. In New York, Father James Martin, well-known for his espousal of gay rights, reported that about a dozen people contacted him to say that this was the final indignity that led them to the ecclesiastical exit door.

Dozens of priests and theologians, especially in Europe, declared publicly that, following the spirit of the gospel, they will disobey the Vatican order.

Blessing a couple entails wishing them good luck as they embark on a new chapter of their lives. The priest solemnly calls on God to extend his graciousness to two people facing all the vicissitudes of married life.

The negative Vatican statement uses the pathetic reasoning that God could not bless a sin. Surely, some theologian in Rome should have cautioned against the arrogance of claiming to talk for the deity – especially on a controversial issue.

The Natural Law argument can be fairly stated in pelvic terms. The congruence of male and female biology clearly leads to female pregnancy. Very natural indeed!

However, to conclude that this is the only kind of sexual behavior that is ethically permissible closes doors of love that should be wide open.

This knitting of sex exclusively to procreation creates major theoretical and practical problems. The church allows infertile straight couples to marry. No problem with a post-menopausal woman tying the knot with a man of any age.

Around four percent of Americans, males, and females are homosexual. The vast majority of scientists agree that this is not a life choice.

Sexual orientation is determined before birth, mainly by genetics and hormones. LGBTQ people are no more responsible for their sexual preference than heterosexual people are.

It is only in the last half-century or so that scientific research has established that people are born with different sexual orientations. However, the Vatican keeps acting as if we are still living in 1921.

The Judaeo-Christian tradition personalizes God. He is portrayed as being actively involved in every part of creation. So, people thank her for good health and a long life, and, in this tradition, one would have to assert that God made millions of mistakes in all the queer people that have lived. This is theologically preposterous.

The biblical wisdom is not really complicated: we are expected to accept and respect all humans as children of the one God. The Vatican attempts to preach that we should treasure all creation while claiming that gays are “objectively disordered.” We love you but your sexual behavior is “intrinsically evil.” What frigid corner of the Vatican emits this spiteful verbiage?

The Second Vatican Council tried to democratize the church. The council fathers sought to move the institution from domination by the hierarchy to real involvement by the people.

Their noble efforts were completely aborted. The clergy, from the pope down, still have all the power and make all the important decisions.

The one significant area where the laity was seriously consulted centered on the use of contraceptives. Pope John XXIII, who summoned the Vatican Council, appointed a number of lay people as well as clerics to advise him on whether Catholics should be allowed to use the contraceptive pill or other “unnatural methods” in planning their families.

John’s successor, Paul VI, expanded the numbers on this important deliberative commission. They reported back with a strong majority favoring a liberal response to the use of contraceptives by married couples. However, Paul decided to reject their advice and to continue the ban on using pills or condoms.

It was a disastrous decision that most Catholics disregarded. Paul was canonized 40 years after his death mainly for rejecting the counsel of his team of experts in favor of outmoded thinking from the past and leading the church into an untenable situation where they still preach that it is sinful for a married man to use a condom.

The importance of what the people think – the sensus fidelium – is honored by theologians past and present. “The Spirit breathes where he will, but you know not where he comes from or where he goes.”

When we think of the myriad tales of the sexual abuse of children, it is fair to assert that this spirit of justice and truth did not find a receptive audience among the hierarchy. Decent people were codded by their antics covering up awful crimes and millions walked away in disgust.

Will the day ever come when the power-conscious hierarchy will realize that the struggling family, the people Christ mainly dealt with, usually have better insights into moral issues, especially on sexual matters, than men – yes, always men – whose main claim to righteousness often consists of repeating arguments that explicate outmoded shibboleths.